As the NFL playoffs rapidly approach, one of the biggest stories ironically enough is the outstanding play of "Mr. Irrelevant." Quarterback Brock Purdy was given that title after being selected with the very last pick in the 2022 NFL Draft. Yet his ability to step up for the 49ers after injuries to multiple other quarterbacks have made him anything but irrelevant.

When Jimmy Garoppolo broke his foot in a Week 13 matchup against the Dolphins, 49ers fans were left wondering whether they would lose another season with an extremely talented roster due to injuries. Instead, the 49ers struck gold when Purdy came in and led the team to five straight wins to close out the season. But those who have been following Purdy since his college football days aren't surprised that he's been able to rise to every occasion, including guiding the Niners to a playoff berth as the NFC's No. 1 seed.

Brock Purdy Before The NFL 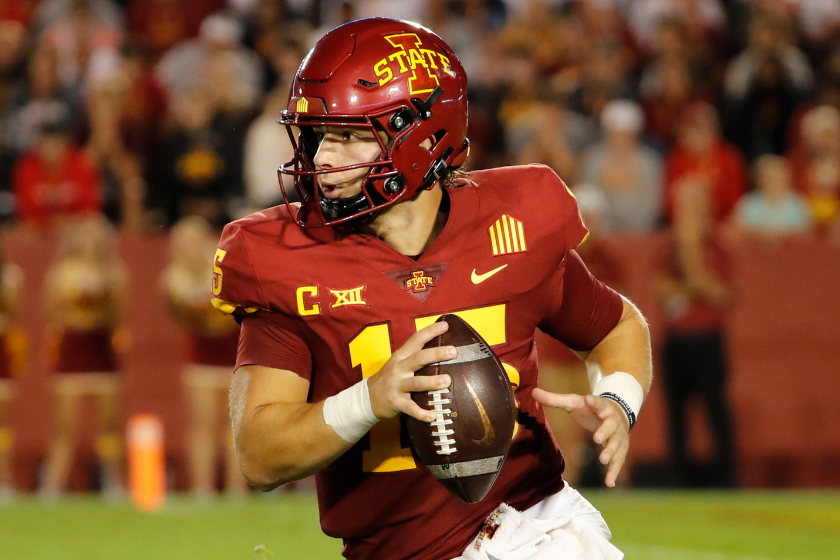 Purdy is from Gilbert, Arizona, which is coincidentally only a 57-minute drive from State Farm Stadium, the site of Super Bowl 57. In 2017, Purdy was the Gatorade Player of the Year in Arizona after a great senior season at Perry High School. Purdy was a three-star recruit yet still got offers from major schools such as Alabama and Texas A&M; instead, though, he decided to go to Iowa State, where he would have a better opportunity for playing time.

After his four seasons as a Cyclone, Purdy owns or shares 30 separate school records and was an important part of changing the narrative around Iowa State football. Iowa State head coach Matt Campbell raved about Purdy after his senior season, saying, "I think his greatest toughness is his mental toughness" and "he was as big of a transformational figure in the history of Iowa State football as anybody that's ever played here."

Despite the college accolades and high praise from coaches, Purdy still had to wait until the last possible second to have his phone ring and hear the news he was drafted into the NFL. 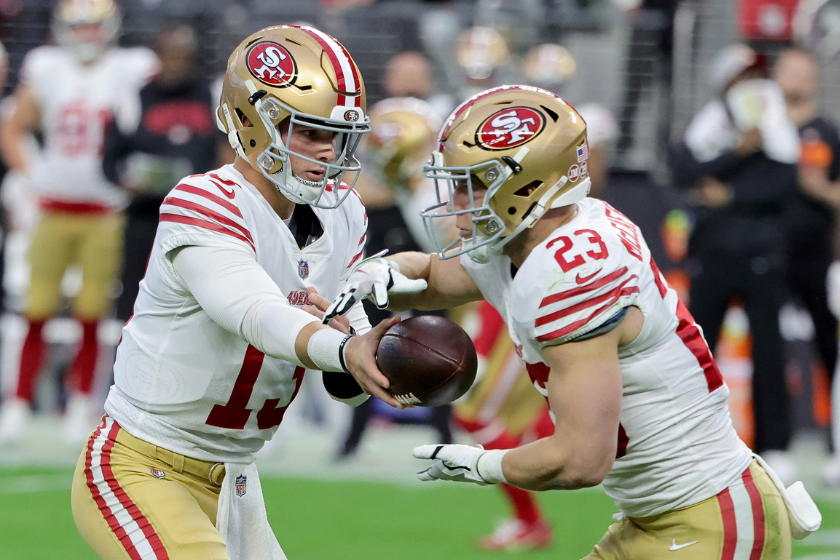 Flash forward to today. Purdy has the chance to transform the history of one of the most popular NFL teams if he can do what no rookie QB has done before and lead the 49ers to a Super Bowl.

The 49ers have yet to lose a game that Purdy has started, and that isn't because Purdy is getting saved by the 49ers' No. 1-ranked defense in order to win games. He has the offense firing on all cylinders; the team is scoring 33.5 points with him under center compared to the 22.6 points per game the team scored when he was not starting. To put that number into perspective, the Chiefs -- who have been one of the NFL's premier offenses since Patrick Mahomes became their QB -- led the league this season with 29.2 points per game.

The 49ers decided that they were going all in this year when they chose to trade future assets for All-Pro running back Christian McCaffrey in an attempt to upgrade their offense. When McCaffrey arrived in San Francisco, he needed to quickly learn an entirely new offense -- and to everyone's surprise, Purdy was the person who stepped up, teaching the former Carolina Panthers running back the playbook in one-on-one sessions. "The first couple days I figured out a lot about him and his mentality and his work ethic and wanting to be great and wanting to help out," McCaffrey said. "He jumped at the opportunity, and I'm really appreciative for it."

McCaffrey is not the only 49ers teammate to speak highly of Purdy's ability to lead the 49ers. Tight end George Kittle was asked by reporters about Purdy after the 49ers beat the Cardinals 38-13 in the final game of the season. "For a rookie quarterback to come in and play the way that he has, that's pretty special," said Kittle. "And I don't really know anyone else who has played at the level he's played at."

Statistically, Kittle is right: Nobody is playing at his level. Purdy has been exceptional in his starts, throwing 13 touchdown passes and only two interceptions. His passer rating of 112 in that stretch ranks first overall among NFL QBs.

Normally, NFL teams would throw their Super Bowl chances out the window after two QB injuries; fortunately for 49ers fans, their chances at the Lombardi Trophy are still "Purdy good."