The story of an underdog succeeding in the NFL is well-told.

But none of these men faced the hurdle that was placed in front of San Francisco 49ers quarterback Brock Purdy, otherwise known as "Mr. Irrelevant" from the 2022 NFL Draft -- a title given to the final pick in that year's draft. Now, Purdy, alongside Nick Bosa, is leading the Niners into a Wild Card playoff game against the Seattle Seahawks, coming on the heels of a blowout against the Arizona Cardinals. But while the NFL was slow to see the Iowa State product's potential, Brock Purdy's girlfriend Jenna Brandt knew all along. 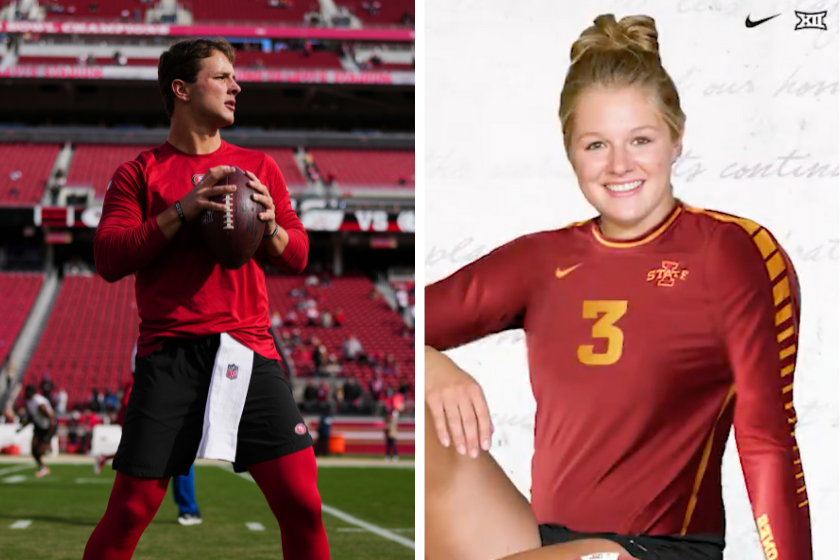 Before he was beating the Tampa Bay Buccaneers and keeping the 49ers' Super Bowl hopes alive following injuries to Trey Lance and Jimmy Garoppolo, Brock Purdy met Jenna Brandt, a volleyball player, at Iowa State. While volleyball star Brandt, who Purdy has referred to as "my girl
," didn't make their relationship "Social Media Official" until 2022, posting a pic with a caption that read, "My roots and my boy," it's clear the two connected in Ames, Iowa.

Brandt (who you can follow at @JennaBrandt3) played volleyball for the Cyclones for three seasons before transferring to the University of Northern Iowa in 2021, calling the opportunity to play for NIU's volleyball team "a dream come true." Part of the reason for Brandt's joy in playing for the Panthers is the proximity to her parents, Kevin and Amy Brandt, who raised her in Sumner, Iowa, less than an hour away from Cedar Falls. Following the 2021 season, Brandt a Kinesiology major, also has a sister, Morgan Brandt, who plays for Iowa State's volleyball team.

The Jump from College Football to Levi's Stadium 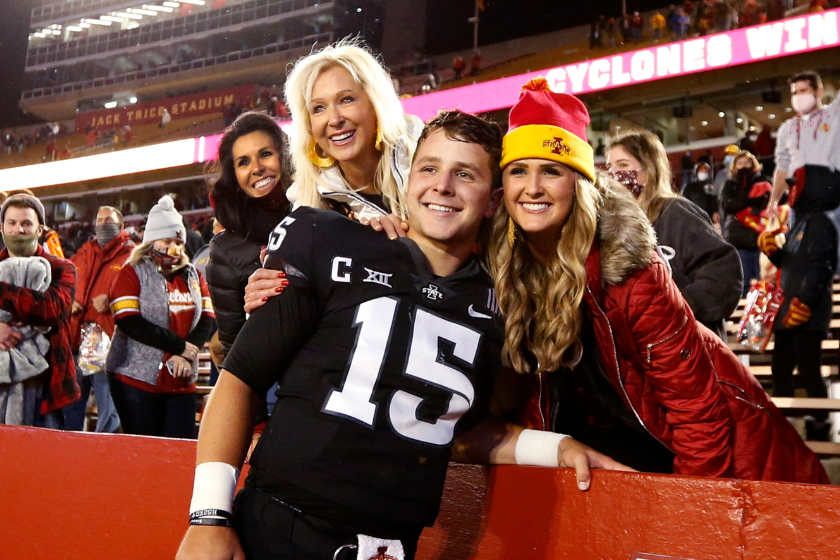 Brock Purdy is living the dream. As the USMNT got knocked out of the World Cup, American sports fans became enamored with the NFC's breakout star. Taking over as a starting quarterback isn't easy, but Purdy has made it look easy. Lucky for him, he had a personal cheering squad in the stands as he led the 49ers to a victory over the Bucs. In the stands that day were Jenna, Brock Purdy's parents Shawn and Carrie Purdy, his sister Whittney (not "Whitney") and brother Chubba, who plays for Nebraska and previously played at Florida State as a dual-threat QB.

But maybe the sweetest, most heartwarming moment came after cameras caught Purdy's father getting emotional in the stands following a touchdown throw from his son. After driving your son to Pop Warner practices, to high school games and college Saturday showdowns, it must be truly incredible to witness your son, brother or boyfriend live out their NFL dream.

And who knows? Perhaps Brock Purdy will be able to lead the 49ers past the Philadelphia Eagles, Dallas Cowboys and other NFL Playoff teams. And if he isn't able to do the unimaginable, Purdy knows he's got quite the cheering section rooting him on at home.