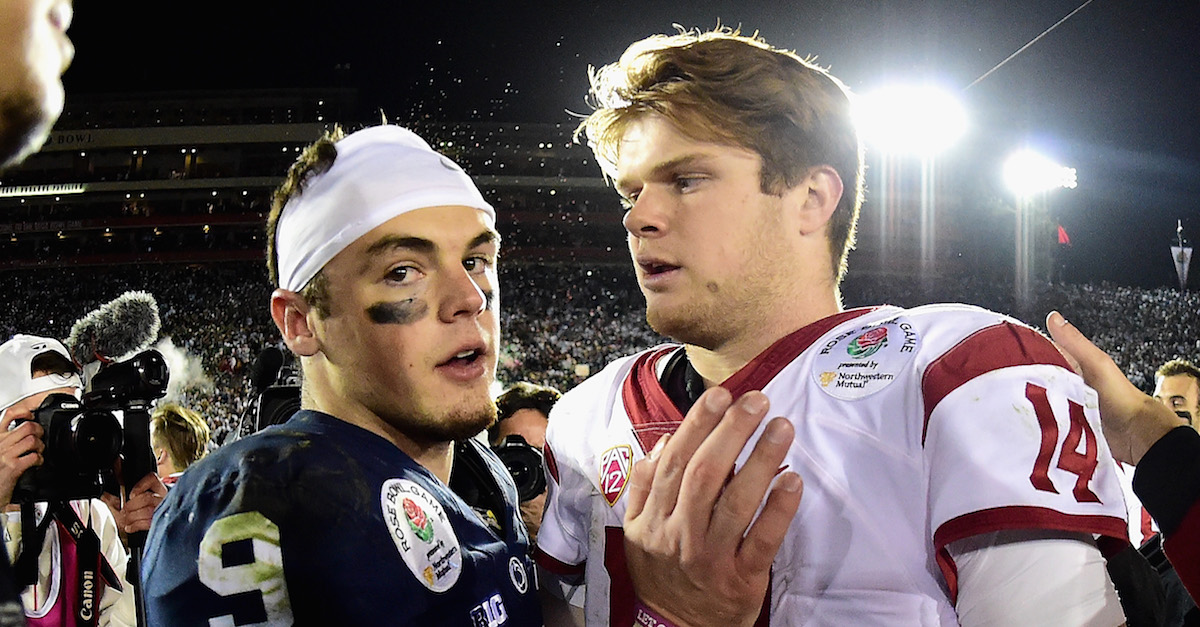 Bruce Arians doesn’t seem like the type that will simply rest on his laurels after leaving the sidelines and there are even whispers about a high-profile jump into broadcasting. However, the former Arizona Cardinals head coach made waves this week when discussing the 2018 NFL Draft and his thoughts on the quarterback position.

Kent Somers of AZCentral.com brings word from Arians, who described this group as perhaps the best in two decades.

“That?s the part I miss this year because there are so many good ones. This might be the best year, God, in the last 20 years. That little thing that?s going to be the difference, to go try to find that out this year would have been intriguing. Who processes information the best? Who?s got the most grit?”

“There are so many big, tall, talented guys. I like Baker (Oklahoma?s Baker Mayfield). His enthusiasm, because it?s real, not false. Got to curb it a little, maybe, but maybe not. Guys respect ‘real’ in the locker room. If that?s who you really are, they?ll follow you. There are maybe five guys, 6-3, 6-4, 6-5 with big arms. Mason Rudolph (Oklahoma State) beating my Hokies in the bowl game, dropping dimes in there. It was like, ‘Wow, this kid is really good, too.'”

It is easy to sense Arians’ excitement for the simple evaluation of quarterbacks and he almost certainly will miss the draft process. Still, his comments on the quality of the group are eyebrow-raising and, while not everyone will agree with the order of the prospects, it is undeniably a crop that could have a real impact in the near future.