Former Coach of the Year officially retires, opens yet another head coaching job 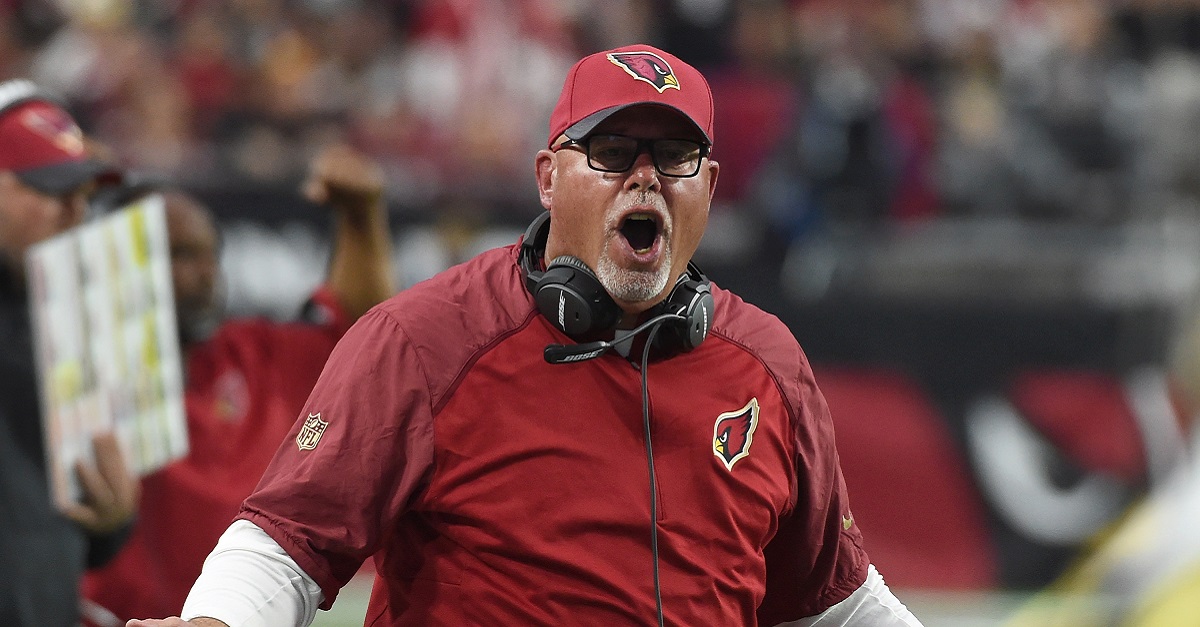 Norm Hall/Getty Images
GLENDALE, AZ - JANUARY 03: Head coach Bruce Arians of the Arizona Cardinals yells on the sidelines in the game against the Seattle Seahawks at University of Phoenix Stadium on January 3, 2016 in Glendale, Arizona. (Photo by Norm Hall/Getty Images)

After plenty of reports and rumors, Arizona Cardinals coach Bruce Arians has made it official. During a press conference on Monday, the 2014 AP Coach of the Year called it quits.

Arians, 65 years old, had been the head coach of the Cardinals since 2013. During his time with the National Football League franchise, he amassed an overall record of 49-30-1. Arians also went 9-3 as an interim head coach for the Indianapolis Colts in 2012 while Chuck Pagano was undergoing treatment for cancer.

#AZCardinals coach Bruce Arians officially retires in an emotional press conference. “It’s been a great ride. … I will miss the game.”

This decision by Arians has been rumored for some time, however, he had refuted earlier reports that stated the retirement would be announced at the conclusion of this season.

Arians was hospitalized twice in the 2016 season, once with diverticulitis in August and a second time in November for chest pain.

While this is obviously important personal news for Arians, it now turns the attention to the Cardinals. With plenty of other franchises firing coaches on both Sunday and Monday, the market for a replacement will be tough, as all the hot-names on the market will be sought after.

Arians retires with two Super Bowl wins in his resume. He snagged one while with the Pittsburgh Steelers as a receivers coach, and another while the offensive coordinator for the Steelers.