Report: Two-time NFL Coach of the Year will “part ways” with team next week 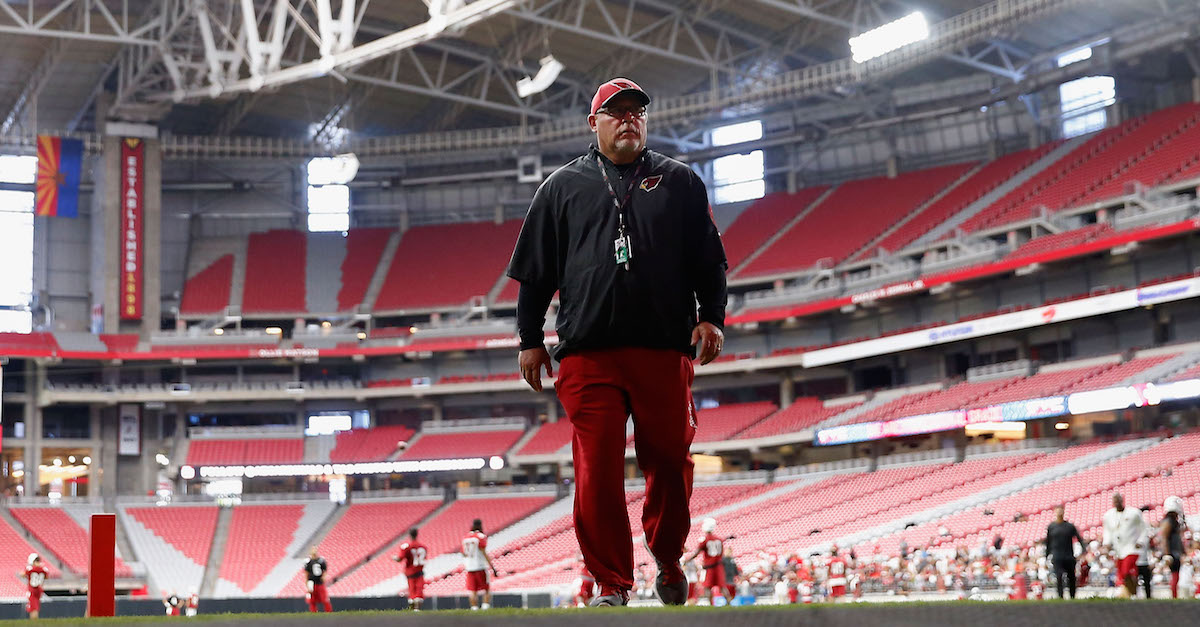 After the last game of the regular season, Bruce Arians will “mutually” part ways with the Arizona Cardinals, per Pro Football Weekly.

This is the second such report this season.

Arians is a two-time Super Bowl Champion as a member of the Pittsburgh Steelers coaching staff. The 65 year old has a 44-26-1 record with the Cardinals since taking over in 2013, and helped lead the Colts to a 9-3 record in his one year as head coach of Indiapolis (2012).

Arians revealed in his book that he was diagnosed with renal cell carcinoma during the 2016 season.

Renal cell carcinoma is the most common form of kidney cancer, and he said in his new book ?The Quarterback Whisperer? with Lars Anderson that he received the diagnosis in December.

Arians decided to coach the rest of the season for the Cardinals, and he had the cancer removed in February. He later wrote on the Arizona Cardinals? team website that he was healthy and ready to return to the field.

Related: When Peyton Manning reportedly begged to be pulled from a blowout, here?s the expletive-laced response his coach gave him

Arians has now had cancer scares three different times. The 64-year-old had prostate cancer in 2007 and had cancerous cells removed from his nose in 2013.

He was also rushed the hospital in November of last year after a loss to the Minnesota Vikings.

Veterans Larry Fitzgerald (34 years old)  and Carson Palmer (38) could be the next to follow Arians out of town.