On ESPN's "First Take" today, Stephen A. Smith went OFF. And rightfully so. But the part of the segment that stuck out to me the most was when Bart Scott said this: "Yesterday, Miami put the future of the NFL at risk."

Of course, Scott is referring to the Miami Dolphins allowing Tua Tagovailoa to play against the Cincinnati Bengals four days after suffering an apparent head injury against the Buffalo Bills.

He's 100-percent correct. While the Dolphins will do everything they can to toe the line and avoid punishment, we have to believe that they will be made an example of here -- that a shift will finally be made in the game of football. Yes, football is a violent sport. People get paid a heck of a lot of money to play the game. But let them make that choice for themselves when they have a clean bill of health. Don't expect a 24-year old kid who's trying to provide for his family, and has a concussion, to make the right choice for himself.

But, wait a minute. We've seen this before, haven't we? 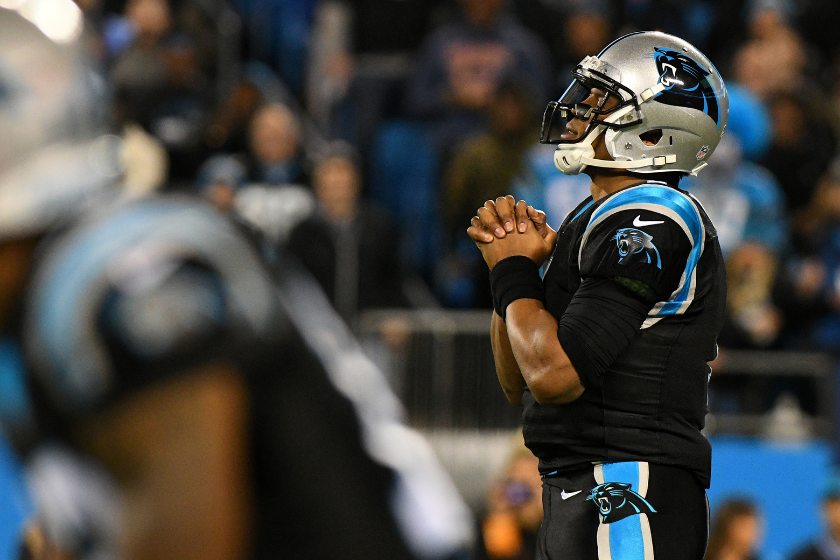 Following a 2018 playoff game against the New Orleans Saints, the Carolina Panthers tried to claim that quarterback Cam Newton was being checked out for a knee injury instead of a concussion that anyone who watched the game would have known was a concussion. But they used the NFL concussion protocol's wording to their advantage. They were claiming he was wobbly due to a knee injury. Had they won, they were going to clear him to play in the divisional round of the playoffs.

Here we are, more than four and a half years later, and the Miami Dolphins are simply following Carolina's playbook. They claimed there was a back injury that Tua suffered against Buffalo, and that's why he was wobbly and had trouble with his balance following a hit late in the second quarter. In 2018, we never saw what could have happened to Cam, because the Panthers didn't make it any further in the playoffs. Today, we're watching an outcry across the country because we could have watched a man die on live TV last night.

Miami Is Following In Carolina's Footsteps 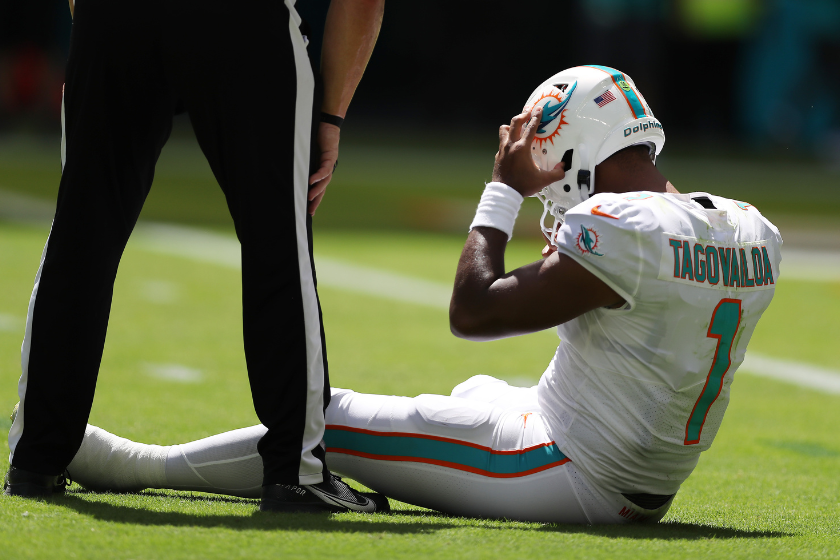 The Miami Dolphins' gross negligence in this situation is actually a much more calculated move to attempt to shield the organization from any wrong doing. They simply are following the precedent that was set by the Panthers when they decided Cam Newton was more prop than human. And yet, the Dolphins have somehow made this all worse.

But hey, the Carolina Panthers already did this, right? So that makes it okay, I guess.

The NFL and NFLPA need to stop being the hypocritical organizations they are and do something about this now. If they don't? Maybe Bart Scott has a leg to stand on.

MORE: Negligence By the Miami Dolphins Could've Cost Tua His Career, Or Even His Life