Kayvon Thibodeaux is one of the most-hyped rookies in the NFL this season after he was drafted fifth overall in 2022 by the New York Giants. Unfortunately, he suffered a sprained MCL in a preseason game against the Cincinnati Bengals on a play that no one could seem to agree on: dirty or clean? Legal or illegal? Right or wrong?

Even former players were split on the play, which ended up looking much worse than it actually was. Thibodeaux is only expected to miss 3-4 weeks, though it could've been much worse for the 21-year-old. Still, the block has brought up questions about whether this type of block -- a cut block -- should be allowed in the league.

This is ridiculous, dangerous and cowardly! Straight cowardly. Prayers up for Kayvon Thibodeaux.

"This is ridiculous, dangerous and cowardly! Straight cowardly. Prayers up for Kayvon Thibodeaux," Emmanuel Acho said.

"Ouch! Cowardly? I'm all for the discussion of keeping guys healthy and if this block is dangerous needs to be removed. But call a guy a coward for doing exactly what he's coached. I'm usually with ya on most things. That doesn't make sense to me though," four-time Pro Bowl left tackle Andrew Whitworth said.

"Damien is right, nothing 'cowardly' about it at all. Football 101...low man wins," Desmond Howard chimed in.

Other former offensive linemen also had thoughts, such as Mike Golic Jr. and Geoff Schwartz.

It?s not dirty. KT was bracing for contact up high because he recognized the play and had his feet stopped. https://t.co/nTNn43A1vh

Dirty or not, it was most certainly legal. That brings us to the more pressing question: should cut blocks like these be legal?

Should Cut Blocks Be Outlawed by NFL? 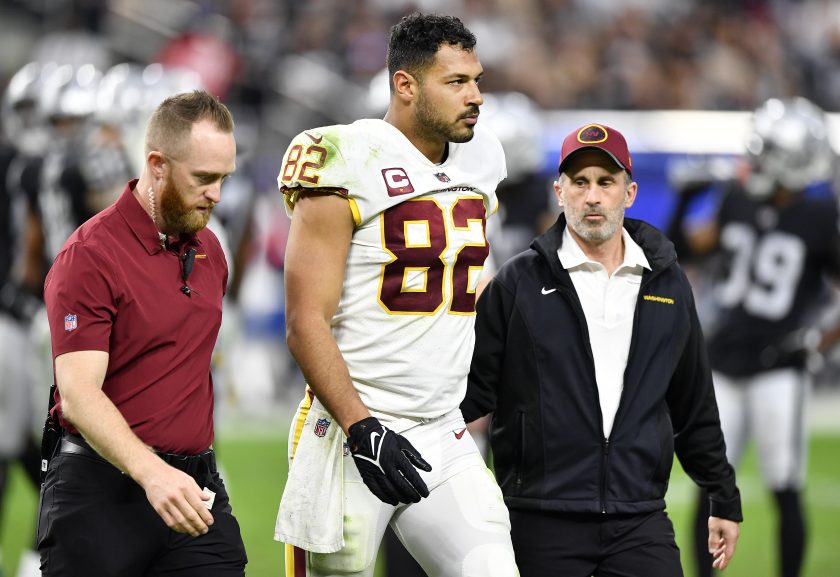 RELATED: Jack "The Assassin" Tatum Paralyzed A Player, And He Never Apologized

The NFL has been doing everything it can to ensure player safety. That's why low hits on quarterbacks are illegal. It's why chop blocks -- when two defensive players engage an offensive player, one low and one high -- were outlawed.

So, are cut blocks next on the chopping block?

One prominent player, Dallas Cowboys' Micah Parsons, thinks so. After the Thibodeaux hit, he had some very strong words in opposition to cut blocks.

I don?t why cutting is still allowed in the NFL!! We grown ass fucking men! Let?s play ball bro! I hate to see that shit man!

Considering many types of low blocks are already illegal, that could very well happen. For example, the league doesn't allow low blocks on a change of possession play or during kicks. And as Sports Illustrated points out, NFL owners just last year approved the outlawing of low blocks "beyond five yards on either side of the line of scrimmage and more than two yards outside of either offensive tackle."

Just because it's legal right now doesn't mean it should be. Many players who've experienced similar injuries or came close to experiencing them have called for a ban.

In an interview with the Washington Times, Washington Commanders tight end Logan Thomas also agreed that these cut blocks shouldn't be allowed. Thomas tore his ACL on a similar play last season.

Was this a dirty play by Yannick Ngakoue on Logan Thomas that more than likely ended his season? pic.twitter.com/xqt80zkKC1

Considering players are still tearing their ACLs seemingly every week, this debate figures to be an ongoing one. If the NFL wants to keep addressing player safety, maybe eliminating cut blocks is a good way to do that.

MORE: New Year, New Team: What to Expect From These 7 NFL Stars in New Uniforms