A big thing in the NFL is that when a new head coach comes into a team, they want their players, their coaches, their everything. And that's fair, as a head coach's timetable to pull a team out of the weeds isn't all that long. Along with that, the Panthers only have four picks in the 2023 NFL Draft as of now. If there's a time to accumulate draft picks, it's now.

The Panthers are a team that's somewhat unappetizing in terms of trade bait, but they do have a few players they could pawn off for future success, since present success isn't very likely. There's Christian McCaffrey and wide receivers D.J. Moore and Terrace Marshall along with a few other guys Carolina would likely want to ship off to gain possible future pieces.

Success isn't going to happen quickly for this team; however, it has some young pieces who could be useful if the team makes the correct moves going forward. So, if the Panthers are sellers prior to this year's trade deadline, who are the players that Panthers fans should expect to lose?

The Bills Allegedly Called About McCaffrey 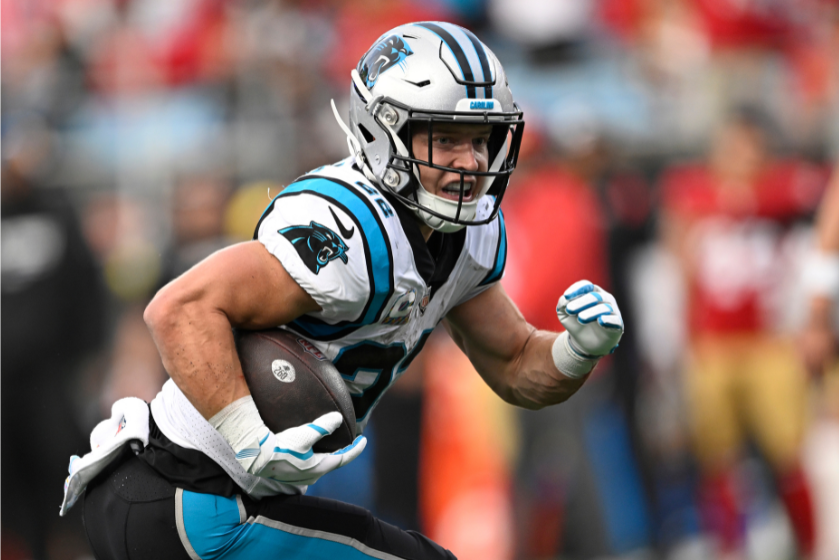 While the Bills claim to have not called about 26-year-old McCaffrey, they'd likely be the top buyer if he does become available. The Bills are a juggernaut of a team this year, outscoring opponents 152-61. And yet, their leading rusher on the season is their franchise quarterback, Josh Allen. Allen has only five fewer carries than the Bills' No. 1 running back, Devin Singletary, yet Allen has two more TDs and 54 more yards.

And while head coach Sean McDermott has been open about wanting Allen to run less, their offense is one-dimensional without him running the ball. The Bills, if they want a "perfect team," need a better rushing attack.

If McCaffrey becomes available, the Buffalo Bills might do whatever it takes to get him. It'd take a lot, presumably, but a team as stout as the Bills could afford him. 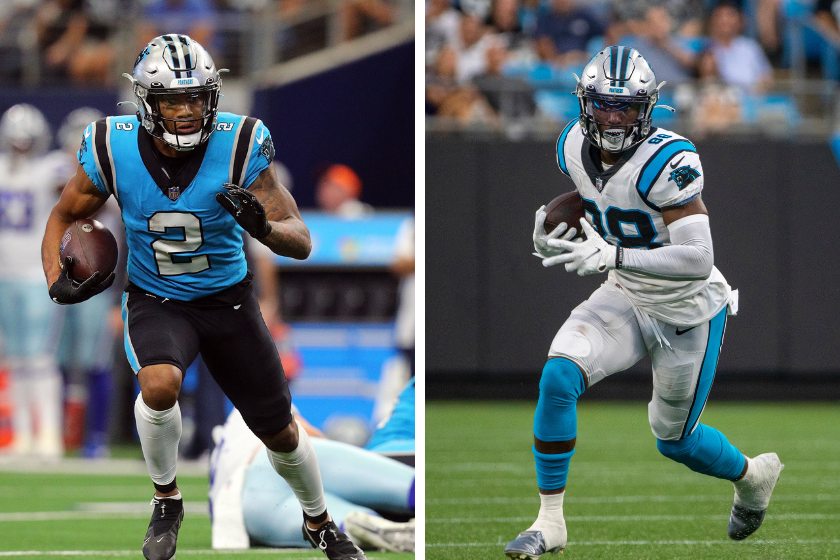 There's been some buzz around the league that either the Bears or Giants could be buyers for Moore and/or Marshall, and both teams make a lot of sense for either player.

The Chicago Bears have been playing a rather 1920s style of football lately, so the Bears could be a great landing spot for either of the young receivers. Moore would immediately step in and compete for the No. 1 receiver spot, whereas Terrace Marshall would likely be WR2 behind Darnell Mooney -- at least to start. And with Justin Fields' progression as a quarterback being stumped by a lack of talent surrounding him, it could make sense for Ryan Poles and the Bears to do their best to make a deal.

The Giants, however, are in a different spot than the Bears. Due to a slew of injuries to the Giants receivers room, it's possible that New York gives Carolina a call to see what it'd cost for Moore or Marshall to team up with QB Daniel Jones and running back Saquon Barkley. The thing with the Giants is that while they don't have a bad receiver core in general, just about every starting receiver for them has gone down with an injury.

The Giants' current WR room after all the injuries:

That's it. There's hope Toney and Wan'Dale can play this Sunday, but that's SO BAD -- I don't know how you can even scheme around that lol

So one of these receivers heading to the Giants would also make sense, especially with how well the team has been able to do without any of its primary pass catchers.  That said, it's more likely the Bears make a move for Moore. They have the money to afford him, and they're also likely to have picks that are weighted higher due to their record.

Marshall wouldn't cost as much due to his lack of production since being drafted, but he has the size and skill to be a threat if paired with the right offense. 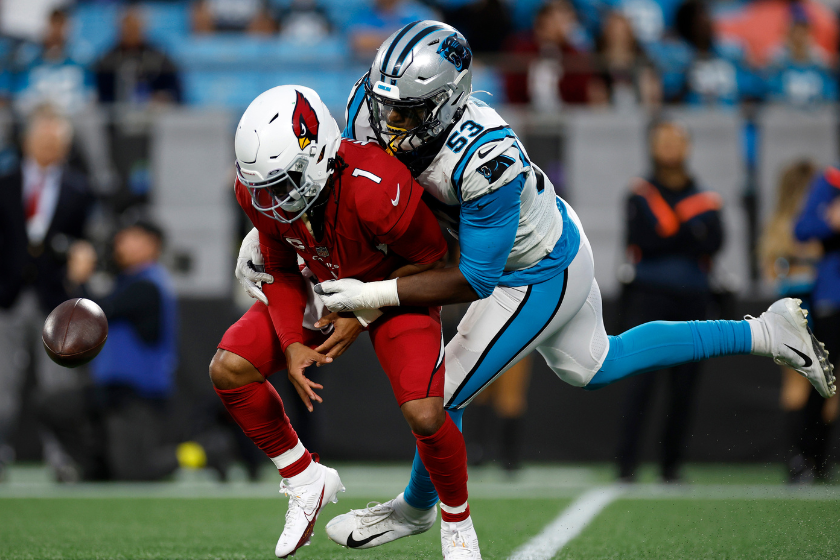 Brian Burns could be less likely to be sold due to his age and performance. But considering the position the Panthers are in currently, it's not crazy to say Burns could be traded if the price is right. And the only teams trading for Burns are most likely contenders.

Burns is only 24, and on the season he has four sacks and 21 tackles as an edge rusher. The price will be high, but the Eagles, Ravens and Chiefs should all be calling to ask for the price. Any three of these could use Burns on their team, and adding another pass rusher could be the missing piece for one of these contenders to separate themselves from the pack.  That said, as mentioned previously, it's going to take a bit to get Burns from the Panthers -- if the Panthers even want to sell him.

Helps team now and in the future #HowieSzn

So, of these three teams, it looks as if the Eagles could be the top bidder, if first-round picks are the main priority. Unless the team expects to roll with QB Matt Corral, it's likely the Panthers are looking for picks they can turn into their franchise quarterback. And of the likely bidders, the Eagles will have the best first-round pick -- being from the Saints.

Other Possible Panthers on the Trade Block 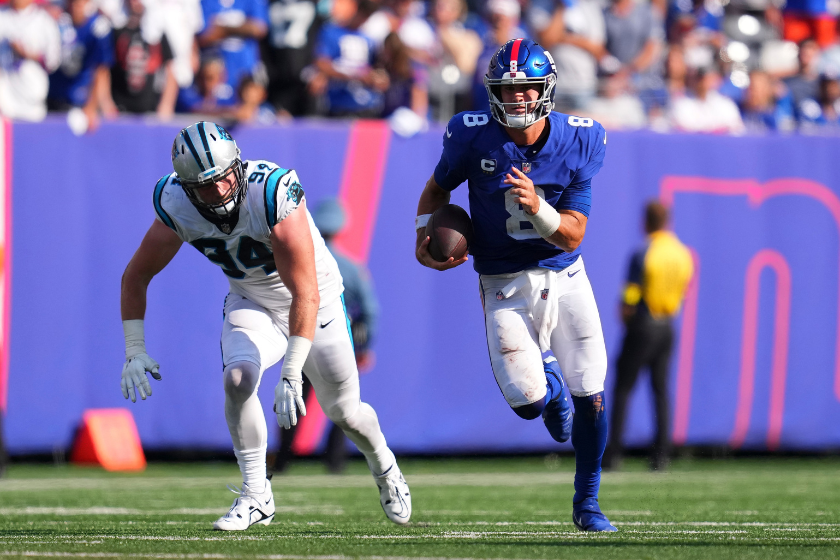 Though less flashy than the aforementioned names, there are some players the Panthers could ship off to get some mid-range picks, rather than the top picks that the players above would require.

All in all, the Panthers don't have a terrible roster. They're just a team with scattered talent and no real direction, even more so now that the coaching staff is being cleared.

This trade deadline could lead to shipping off some of the scattered talent in hopes of drafting players who can help make the Panthers a genuine threat in the NFC South. Until then, trade offers are going to #KeepPounding until the trade deadline is over and done with. Buckle up, Panthers fans -- some of your favorites might be on their way out sooner than later.