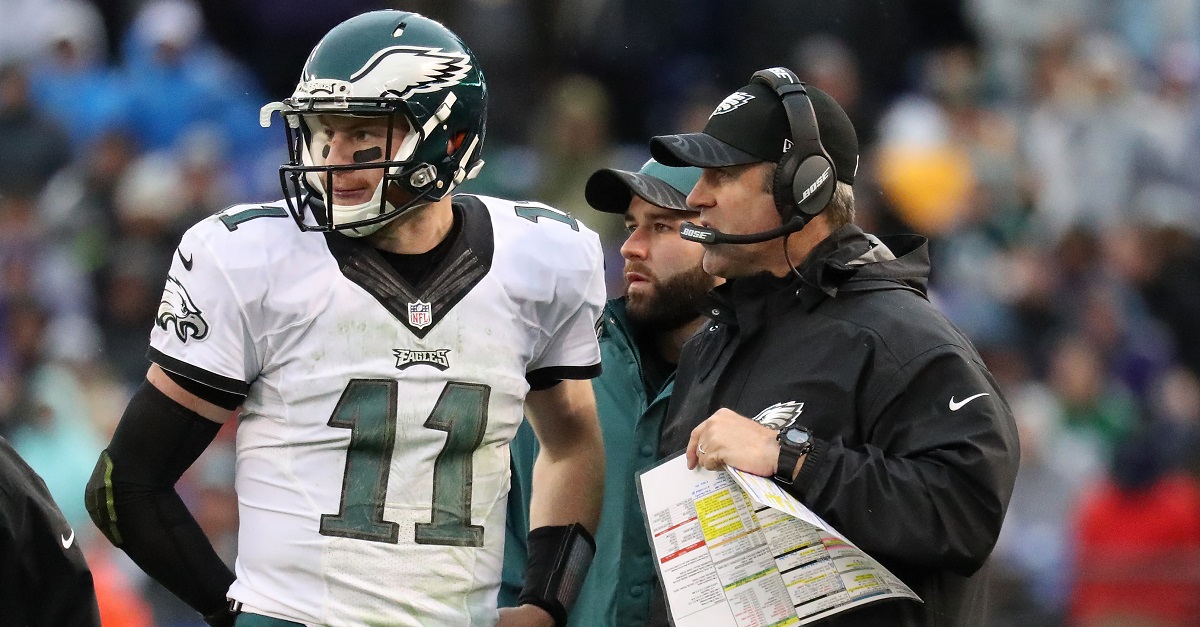 The Philadelphia Eagles are confident Carson Wentz will be their starting quarterback during Week 1 of the 2018 season, according to NFL Network’s Mike Garafolo.

During an appearance on Good Morning Football, Garafolo said the team was pleased with the quarterback’s recovery since undergoing ACL surgery and is expecting him to be medically cleared by the season opener in September.

As if I couldn’t get any more excited right now, @MikeGarafolo delivers this:#WinForWentz pic.twitter.com/5jJmZlHxFi

“Carson Wentz is doing great early on in his recovery,’ Garafolo said on NFL Network. “I talked to a couple of guys about that. Matter of fact, Chris Maragos, who is coming back from his own issue, special teams guy, he saw (Wentz) in the weight room last week. Like ?hey, maybe you should take it (easy).”

“So he?s really pushing it early on his return. They?re confident he?s going to be back well ahead of Week 1.”

Wentz was having an MVP-caliber season before suffering a torn ACL during the third quarter of a 43-35 win over the Los Angeles Rams last month. The quarterback initially attempted to play through the injury, which included throwing a touchdown pass, but was unable to finish the game.

Wentz, the No. 2 overall pick in the 2016 NFL Draft, threw for nearly 3,000 yards and 32 touchdowns on just six interceptions prior to his injury.

Backup Nick Foles has taken over in his absence, leading the Eagles to four consecutive wins as a starter, including a victory over the Atlanta Falcons during the NFC Divisional Playoff round last weekend.