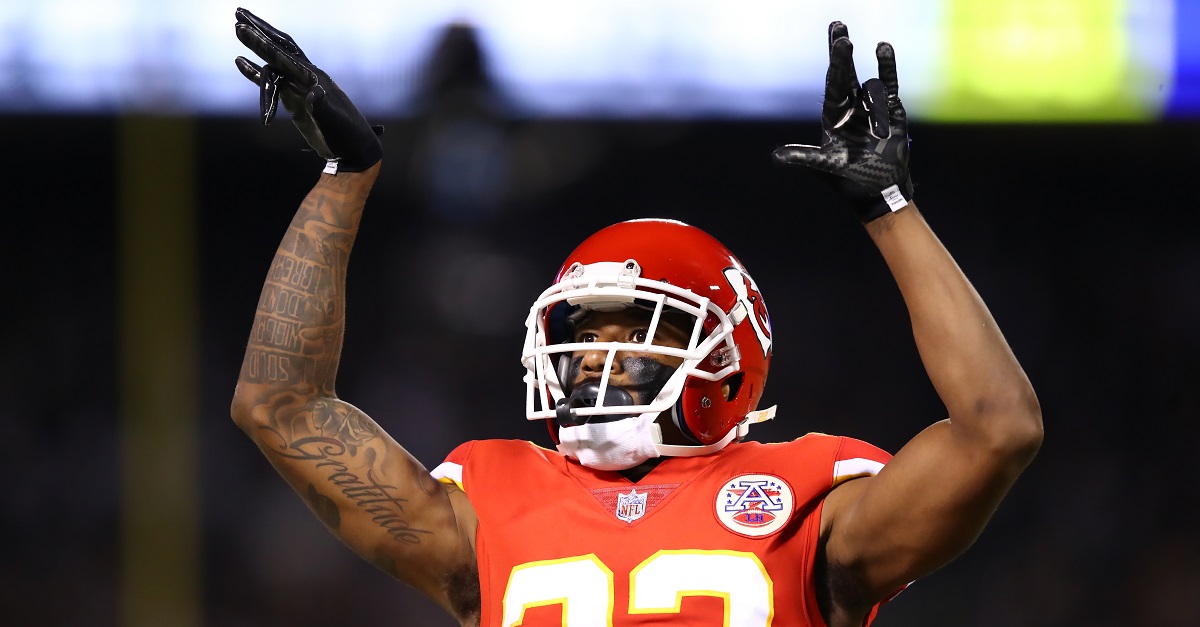 Ezra Shaw/Getty Images
OAKLAND, CA - OCTOBER 19: Marcus Peters #22 of the Kansas City Chiefs reacts after a play against the Oakland Raiders during their NFL game at Oakland-Alameda County Coliseum on October 19, 2017 in Oakland, California. (Photo by Ezra Shaw/Getty Images)

The Kansas City Chiefs have been going through an overhaul as they have already sent former Pro Bowl quarterback Alex Smith to the Washington Redskins and now they are reportedly going to trade two-time Pro Bowl cornerback Marcus Peter to the Los Angeles Rams.

Chiefs are expected to trade CB Marcus Peters to the Los Angeles Rams, sources tell ESPN. Teams are in final stages of talks and barring an unexpected snag, the trade is expected to be agreed to as early as today.

So that will be two trades before the league year even can begin: QB Alex Smith to Washington, CB Marcus Peters to the Rams. Chiefs remaking roster before combine and free agency.

One source on Chiefs and Rams finalizing a blockbuster trade for CB Marcus Peters: "This thing is going down today."

NFL Network’s Ian Rapoport is reporting that the Chiefs are getting a bevy of draft picks in return for Peters.

The #Chiefs will receive a package of draft picks from the #Rams in exchange for CB Marcus Peters. They are focusing on the final part of the deal right now. But it’s getting done.

And that was after the Chiefs tried to steal away a solid defender in defensive end Robert Quinn.

At one point, the #Chiefs were pushing to trade for DE Robert Quinn, along with a draft pick. But sounds like now it’ll be just draft picks going over to KC for Marcus Peters.

Peters has recorded 19 interceptions over the last three seasons, including eight in his rookie season — a league best that year. He’s forced five fumbles and has recovered just as many over his short career and has recorded 130 solo tackles in his three seasons. He also has two pick-sixes and a fumble recovery for a touchdown.

The 25-year old will certainly mix in nicely with a young Rams team and could be a leader on the defensive side for that team considering the experience he’s gained already despite being so young.