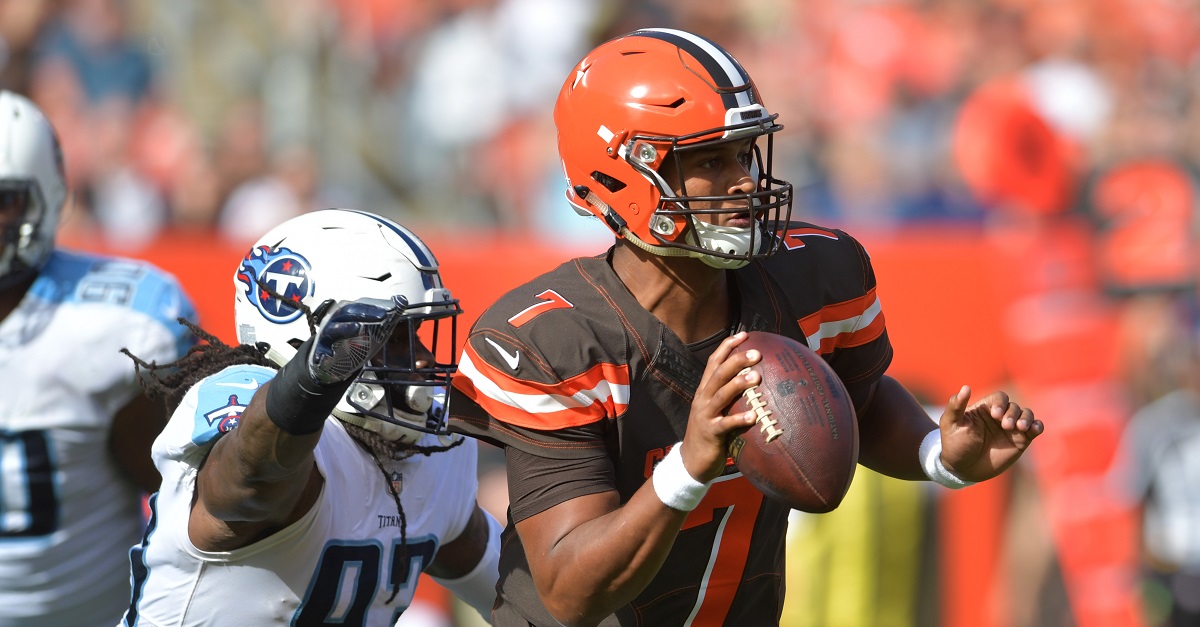 The Cleveland Browns might be the saddest team in all of the NFL and coach Hue Jackson has made it ever so slightly worse. After making their second QB in as many weeks last week, it looks like the Browns are in for yet another change as starting QB DeShone Kizer has been benched again.

Unbelievable. The #Browns bench QB DeShone Kizer and Cody Kessler is in at QB. … and he had a long completion.

Kizer finished the game with 12-of-20 passing for 114 yards and two interceptions. He has 851 passing yards while completing a shade under 51 percent of his passes with three touchdowns against nine interceptions and a fumble on the season.