Somehow, the Cleveland Browns Keep Getting Weirder and Weirder 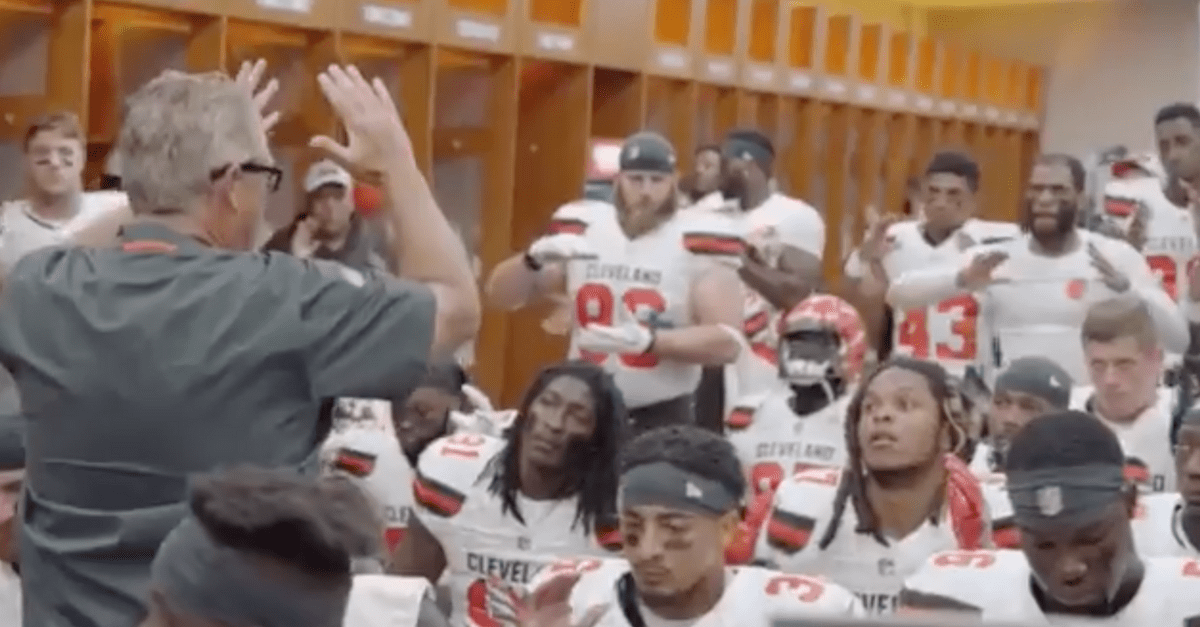 If last week?s ?Hard Knocks: Training Camp with the Cleveland Browns? was one of the best episodes in the show?s history, the latest might be a little bit of a letdown. There wasn?t nearly as much flash, sure, but it was still a far from disappointing addition to an already great season.

Look, anytime a sports show starts with a fight, it?s going to be a good one. This was no different. There was just some filler, like an introduction to the office dog or some famous cookies, that probably could have been left out.

Still, the fight was phenomenal, and the reasons why Jarvis Landry was ready to throw down made it even greater. You could have seen this coming from a mile away.

What else happened? Well, the Browns lost to Buffalo Bills in their second preseason game and free agent wide receiver Dez Bryant put on a little show for the cameras during his visit, but, let?s face it, what happens at camp and in the locker room is much more exciting.

As a world renown country artist, Brad Paisley entertains tens of thousands of fans each show in the great way only he knows how. His public speaking ability to pump up and motivate NFL teams, well, it needs a little work.

Nobody is ready to run through a brick wall after the music superstar talks to them, and rightfully so. Not many people probably even knew he was a Browns fan to begin with.

However, he did get a tour of the famous quarterback RV by the No. 1 overall pick, Baker Mayfield. That definitely counts for something on the status check. ? Brett Regan

He’d only been highlighted in shorts spurts before this week’s episode, but boy did he get the grand entrance that he deserved.

From his jiggling belly every time he sounds off a cadence to rolling up at Browns camp in an all-white Maserati, Bob Wylie could have his own spin off show, and I’d pay the monthly subscription just to hear him tell most stories.

Bob Wylie lives up to the hype. Scratch what I said about Haley—Wylie is the star. The Maserati AND the Bueller joke pic.twitter.com/H814ToqV0l

No story, though, will ever trump Wylie Coyote’s comparison of pre-practice stretching to World War veterans. No, military members probably aren’t working on their flexibility prior to battle, but Bob’s assumption that stretching is overrated might be the wildest thing The Coyote said the entire episode.

The Browns "Come get some bitch" break is amazing. pic.twitter.com/m1Oymvwkp9

Everyone already knows Browns defensive coordinator Gregg Williams is nothing short of a maniac, and fans got another reminder this episode right from the jump.

Gregg Williams to Paisley: "You can sit in on a meeting any time you like but if you're allergic to the word "fuck" you better get a prescription."

Yes, the foul-mouthed Williams was back at it again, and he even has his players feeling the vibe. The hands up and breakdown in the locker room at halftime of the game is stuff of legends. Now that is something that will make you want to run through a brick wall. ? Brett Regan

“The Bird Has Landed”

Hard Knocks captured the brief visit from free agent wide receiver Dez Bryant, but that was squashed when the episode climaxed with the return of one of the NFL’s elite pass-catching talents.

The bird has landed, and Josh Gordon is back in Cleveland.

“Flash” Gordon was seen working with Browns’ director of strength and conditioning during Cleveland’s preseason game against Buffalo. When the Browns return, they’ll slowly assimilate the 27-year-old back into Cleveland’s offense.

If Gordon brings anything to the table even remotely close to what he used to be, then pairing him with Jarvis Landry suddenly makes Cleveland’s offense VERY dangerous. ? John Duffley