Every dedicated NFL fan knows exactly who Cris Collinsworth is. His face, voice and widely recognized "slide-in" next to Al Michaels on NBC's "Sunday Night Football" broadcasts are a welcomed sign every week. The 62-year-old analyst has been calling broadcasting his career for more than half of his life. After eight seasons in the NFL with the Cincinnati Bengals, Collinsworth began working for a sports radio show in the Ohio city in 1989. He earned a job as a reporter for HBO's "Inside the NFL" (now under Showtime) that year and has worked for the NBC Sports team, Fox and NFL Network while calling Super Bowls and Winter and Summer Olympics. That's quite the schedule for Cris Collinsworth's wife, Holly, to keep track of.

When he's not keeping tabs on his company, Pro Football Focus, or flying across the country for NBC broadcasts, Collinsworth enjoys a quiet and reserved life with his wife of more than 30 years. The two have four children, all of which are grown up and making names for themselves in the sports and broadcasting worlds. 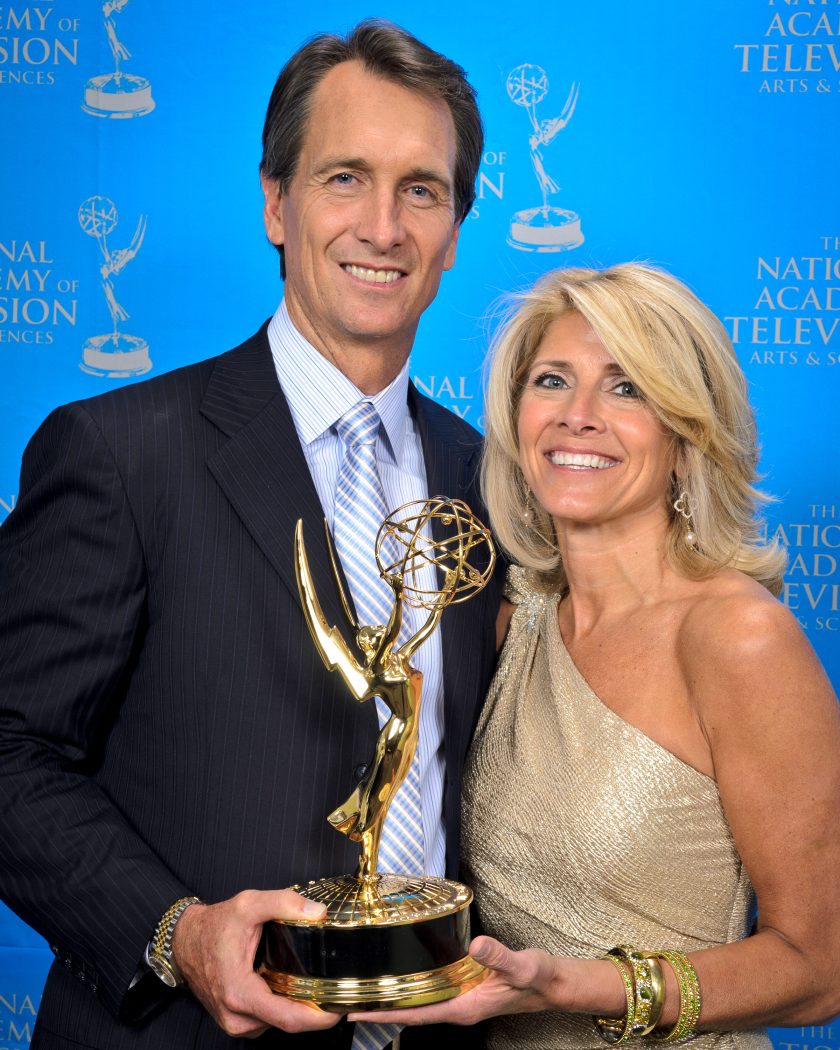 RELATED: Al Michaels' Net Worth: How Sports Broadcasting Made Him Rich

Cris was born in Dayton, Ohio, and put together a first-team All-American college football career as a wide receiver for the University of Florida Gators in Gainesville before becoming a second-round NFL Draft pick in 1981 and putting together an eight-year stint in the NFL (which included three Pro Bowls and 36 touchdowns). Not a bad career for an American Football player.

Unlike her husband, Bankemper stays out of the spotlight. She practiced law after graduating law school and you'll only find photos of her in Cris and her children's Instagram pictures. From what we can gather, she seems like a devoted mother. Holly is still a practicing attorney today.

Where Do They Live?

The Collinsworths live in Fort Thomas, Kentucky. The small town has a population of about 16,000 and sits on the Ohio River. Cris has said he enjoys the tiny-town feel.

"We've got the barbershop right up the way. We've got the sheriff. It's a little dinky town," Collinsworth told The Cincinnati Inquirer, via Bustle.

According to a search on the Campbell County property appraiser website, they live in a mansion that sits on 1.29 acres. That should be no surprise considering Collinsworth's net worth is an estimated $20 million.

The Collinsworths had four children in total throughout their long and beautiful marriage.

Austin Collinsworth was a football player at Highlands High School and played safety at the University of Notre Dame, becoming a starter on defense by his senior season in 2013. According to his LinkedIn, he worked for Pro Football Focus briefly before taking a job at Xsolla, a Los Angeles payment services company for game developers.

Ashley Collinsworth also was an athlete like her NFL player father. She ran track at Harvard University in the Ivy League and served as the team's captain in 2015. Cris even coached her in high school despite working for NBC at the time.

"I did it really just to be around her," Cris told The Harvard Crimson in 2012. "Obviously I was traveling and [announcing] games during the season; all I wanted to do was just hang around the kids."

Katie Collinsworth has followed in her father's footsteps like her brother, Jac Collinsworth. Katie worked in business marketing for the Golf Channel's "GolfNow" at one point and graduated from the University of Florida, according to her LinkedIn.

Katie and her husband Patrick Hughes have two beautiful children together, making Cris Collinsworth a grandfather. 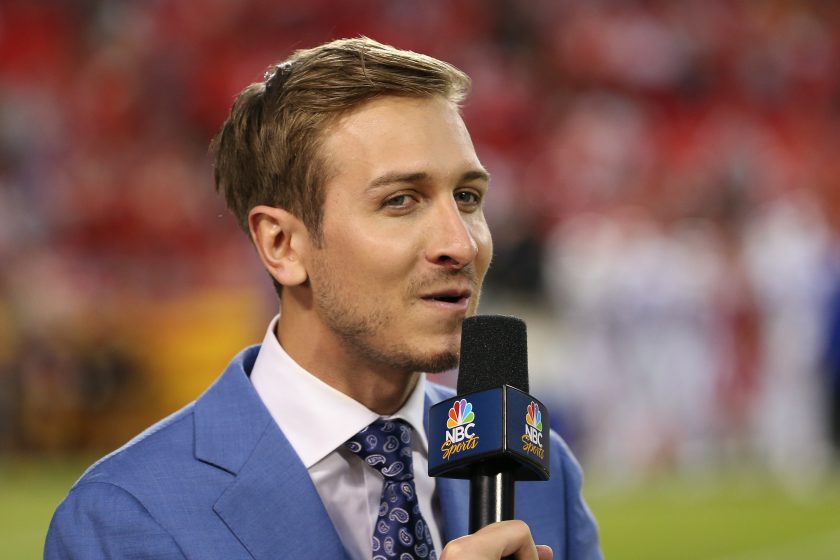 Jac Collinsworth, their fourth child, is truly a mini Cris Collinsworth. Everything from their face to their voice is nearly a carbon copy.

While attending Notre Dame, Jac worked the Fighting Irish football games for NBC and served as the sideline reporters for the network's telecasts of the team's spring football games in 2016 and 2017. Additionally, he also interviewed members of the football team as part of his podcast. He served as NBC's Olympic social media correspondent at the 2016 Rio Olympics, where he worked with Ryan Seacrest.

Jac then spent three seasons with ESPN from 2017-19, working as an NFL features reporter and appearing on NFL Live, ESPN's Sunday NFL Countdown, ACC Network. He was named the host of television show "The Huddle" on ESPN's ACC Network in 2019 and also hosted an NFL pregame show for Pro Football Focus on SiriusXM NFL Radio.

In 2020, Jac Collinsworth announced he was leaving ESPN and joining his father's network at NBC. The son of NBC Sunday Night Football analyst Cris Collinsworth will help NBC Sports' coverage of the Olympics, NFL and Notre Dame football, per a press release shared by Cincinnati.com. He helped cover the 2020 Tokyo Olympics.

"We saw the potential for Jac to become a unique television personality when we worked with him as a college student, and his most recent reporting, interviewing and storytelling reinforced that thinking," NBC executive producer and president of production Sam Flood said.

Jac was equally excited to be joining his father's company.

"For as long as I can remember my dad has been my coach. Now we're teammates. Life doesn't get much better than that," Jac said in the release. "It feels good to be home."

Interestingly, though, Cris didn't want his son to join NBC.

"I'm gonna be really, really, really honest with you here, I didn't want him to leave ESPN," Collinsworth told The Adam Schefter Podcast. "[NBC executive] Sam Flood came to me at the Hall of Fame Game at the beginning of the year, and he said 'I just want you to know that I'm gonna make a run at Jac.' And I said 'Ugh, dont do that.' I go 'He's doing great...he's on ESPN...he's doing all these shows...they really like him...and it's outside, so he's not going to hear that I'm his dad. Don't, don't, don't.' He goes 'I'm telling you, I've watched all the young talent out there right now and we need to start rebuilding our talent pool on the young side, and he's like the best I've seen. I've got a couple other guys that I'm gonna hire too, but I want him.' And, I really tried to talk him out of doing it. And I tried to talk Jac out of doing it."

It looks like Jac Collinsworth is fully poised to take over for his dad as a sports broadcaster one day, but until then we'll have to enjoy Cris Collinsworth's coverage.

MORE: Skip Bayless' Wife Will Always Take a Back Seat to His Job