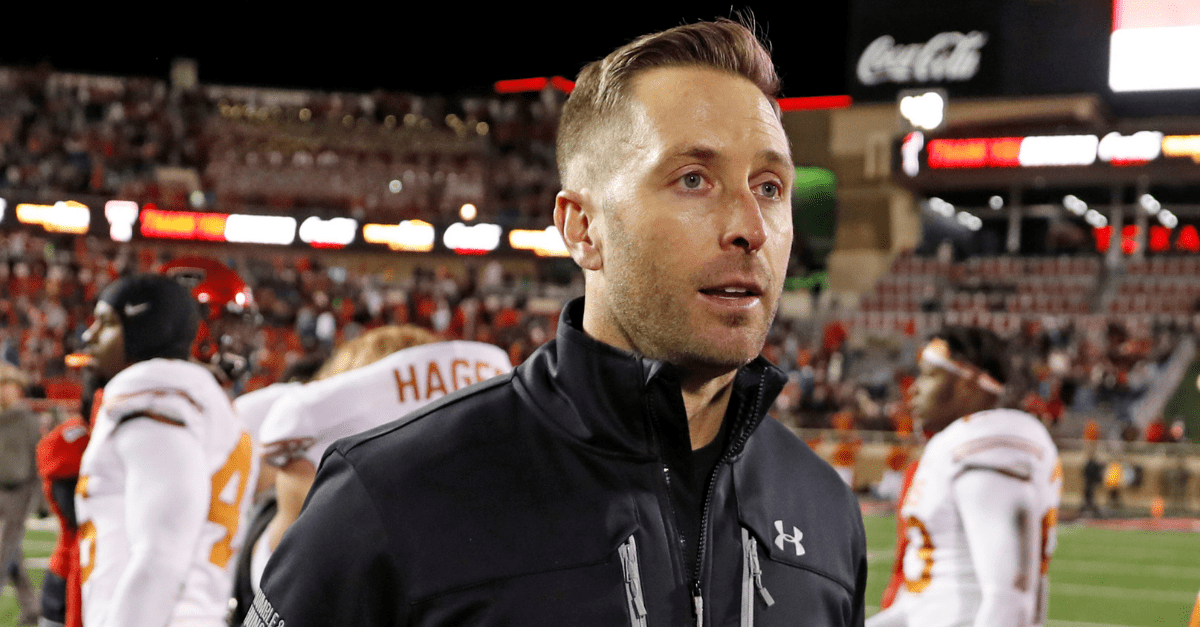 When Dallas WFAA sportscaster Dale Hansen goes “Unplugged,” there is no holding back. He unleashed on Dallas Cowboys owner Jerry Jones during the always-heated national anthem protest debates over the summer and just did it again to the entire NFL, especially the Arizona Cardinals.

After the regular season, the Cardinals fired Steve Wilks after just one season and finishing with the league’s worst record. That’s not a lot of time to right any ship of any condition, but perhaps enough was enough, or Wilks simply wasn’t the correct fit in the greater Phoenix area. The football-watching world might never know.

For as confusing as the firing might be for some, the hiring of Kliff Kingsbury as Arizona’s next coach was even more baffling for others. The 39-year-old Kingsbury had just been fired from Texas Tech, where he had an overall losing record, and recently took the vacant offensive coordinator position with at USC, which obviously didn’t last long.

So how did a failed college coach somehow land an NFL gig? Hansen believes it has everything to do with white privilege and blasted the entire league on the ABC affiliate.

.@dalehansen goes Unplugged: "Kingsbury fits all the criteria to be a head coach in the NFL: He's an offensive genius, he's young — and he's white, and not necessarily in that order." https://t.co/Cv8HleHac5 pic.twitter.com/J4ixZIURM9

RELATED: Arizona Cardinals Fire OC Mike McCoy Before He Could Even Have Breakfast

Well, there you have it. Hansen even talks about his own white privilege to strengthen his argument.

“Kingsbury fits all the criteria to be a head coach in the NFL: He’s an offensive genius, he’s young — and he’s white, and not necessarily in that order.

“There have been six new coaches hired so far, all white, and two coaches of color they are replacing — Steve Wilks, fired in Arizona after just one year, Vance Joseph in Denver after just two. The Cowboys coach Jason Garrett is in his ninth year, apparently because he wins so much.

“A lot of people don’t understand how Kingsbury can have a losing record at Texas Tech, no NFL experience, and get one of the 32 NFL jobs. But getting fired at Tech doesn’t eliminate him from moving up. At least it doesn’t to me. I’ve had 11 jobs in my life, been fired from eight of them, and moved up every time. And I am arrogant enough to tell you I think Channel 8 was right to give me another chance. But I am the product of white privilege in America, and I’ve never denied that I wasn’t, either. If they made a poster, my picture should be on it.

“Getting fired at one place and getting another chance isn’t the problem. But young talented coaches of color not getting the chance, that’s a huge problem. The covert racism of the NFL ownership group was so bad, the NFL had to make a rule so that minority coaches could at least get an interview.

“Cowboys secondary coach Kris Richard has been interviewed, and there are reports saying he might get the Miami job. After what he’s done with this Cowboys defense, how could he not? Unless it is true what black parents have been telling their children for decades now: You have to be twice as good to go half as far. I dream of the day when those parents are wrong, because now, they’re not.” — Dallas sportscaster Dale Hansen

The reality is this: WIlks, who is black, no longer has a job, and Kingsbury, who is white, is the new head coach of the Arizona Cardinals.

There is a chance some might see this as an age epidemic in the NFL judging by some of the other coaching hires around the league, while other Americans only see it as black and white.

Either way is your choice, but the world certainly knows what side Hansen is on.