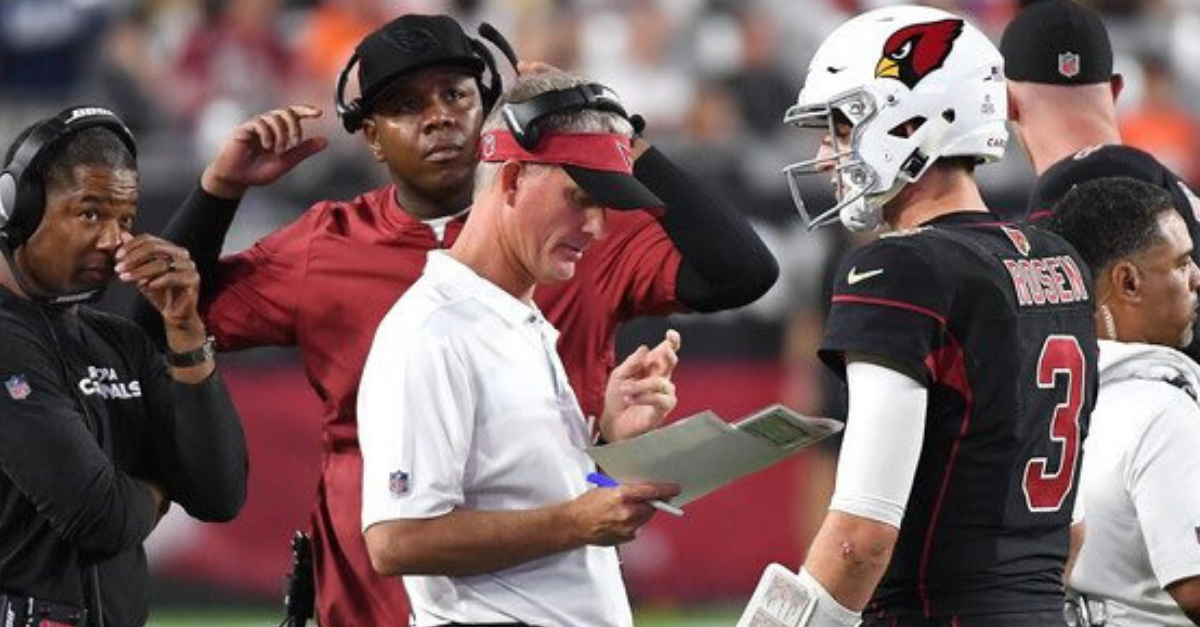 Fresh off a 45-10 loss to the Denver Broncos, and the team rapidly dropping to a level lower than mediocre, the Arizona Cardinals clearly needed to make a change. It was hard to make that call after the game on Thursday night, but nobody even had time to eat breakfast before the organization made a decision Friday morning.

After just seven games with the Cardinals, with the NFL seeing their offense limp to a 1-6 record, offensive coordinator Mike McCoy has been fired, and quarterbacks coach Byron Leftwich has been promoted to the vacant position.

We have relieved Mike McCoy of his duties and promoted Byron Leftwich to offensive coordinator. https://t.co/85lqHaAs3r

RELATED: Larry Fitzgerald Picks Up Everyone’s Deli Tab For A Good Cause

What took place at State Farm Stadium in Glendale, Arizona, what was the final straw in a seemingly already lost season under head coach Steve Wilks, was downright putrid.

Rookie quarterback Josh Rosen, a first-round pick in the 2018 NFL Draft, went 21-for-39 for 194 yards with one touchdown, three interceptions, including two that were returned for touchdowns, and lost two fumbles, while star running back David Johnson picked up just 39 yards on 14 carries.

Nothing seemed to work, which is only fitting for the Cardinals? offense, which is averaging a dismal 13.1 points per game ? ranking 31st in the league ? and are dead last in the NFL in total yards a game, third-down conversion percentage, time of possession and rushing yards.

This is beyond having a rookie quarterback commit five turnovers or a Pro Bowl running back returning from injury, too.

Those statistics are flat-out disgusting.

Ironically, the Denver team that ultimately ended the 46-year-old McCoy?s very short tenure in Arizona is the same Broncos team that fired him in the middle of last season following a six-game losing streak.

McCoy will likely bounce back and find a new job in the NFL next season, but his time with the Cardinals is officially over, and it wasn?t pretty.

All that?s left is for Leftwich to try and help pick up the pieces.