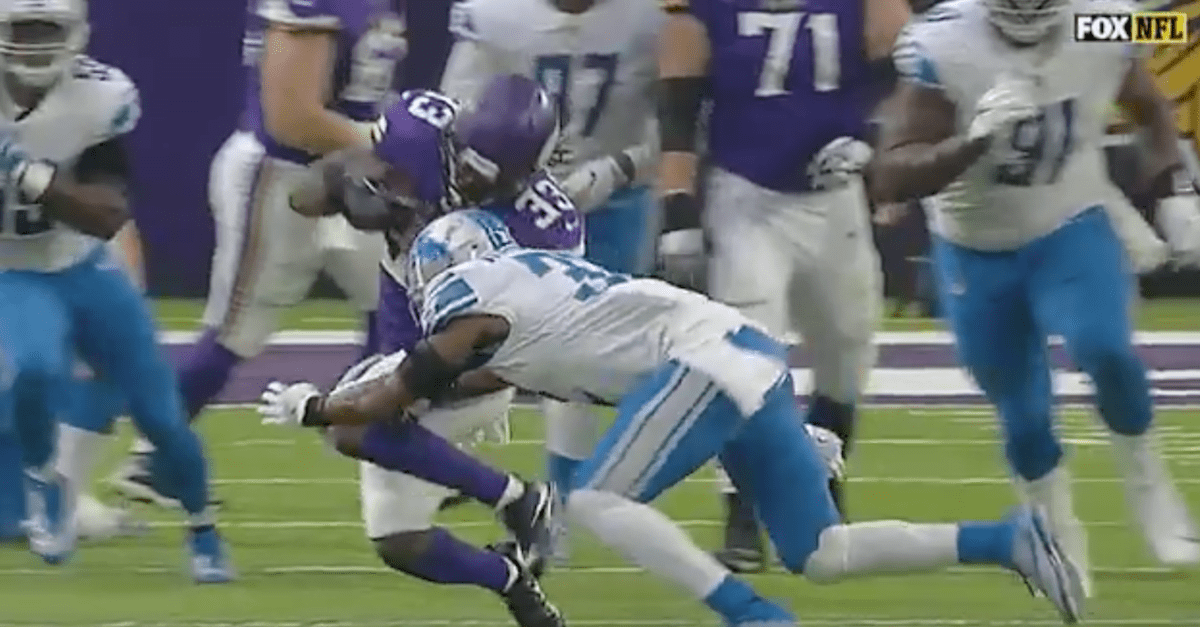 Former second round pick and stud rookie running back Dalvin Cook was off to a great start this season, but it looks like it could be cut short. He suffered a non-contact knee injury and the team confirmed its fear is that he suffered an ACL injury that could be season-ending:

You can see him grab his knee immediately as he goes down and he seems to know it?s pretty serious. He had 66 rushing yards and a touchdown on 13 carries in this game.

Cook had 82 receiving yards and 230 rushing yards to go with a touchdown coming into the game against the Detroit Lions.

The Patriots lost Julian Edelman for the year in the preseason to a similar injury. It was also non-contact and it turned out to be a torn ACL. Of course, we hope that?s not the case for Cook, but it doesn?t look promising as of now. Our thoughts and prayers are with him at this time.