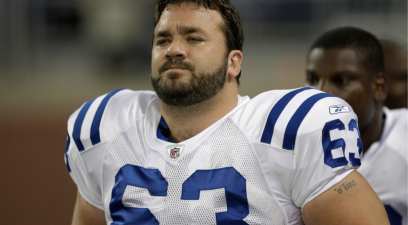 Jeff Saturday Dominated in the NFL, But Where is He Now? For 12 seasons, Dan Orlovsky made a nice living in the NFL. He didn’t play much or have a ton of stats, but he certainly enjoyed his time being a solid backup quarterback. He now works as a football analyst for ESPN, and needless to say, his life is different these days, especially during the coronavirus pandemic.

As part of the job, the 36-year-old Orlovsky is a frequent guest on SportsCenter. He takes it very seriously, too, and likes to prepare for live television as much as possible. So his wife Tiffany decided to have a little fun at his expense.

The Orlovskys have four kids — a set of triplet boys and a girl — and Tiffany wanted Dan to help with a fake science project that turned out to be a perfect prank. The video of the NFL analyst getting duped went viral on his social media account.

Dan Orlovsky, who played college football at Connecticut, made a career reading defenses for the Detroit Lions, Houston Texans, Indianapolis Colts, and Tampa Bay Buccaneers. The former NFL quarterback’s prank awareness, as The Spun hilariously called it, is lacking.

Orlovsky was reluctant to help since he had SportsCenter coming up soon, but his wife convinced him to assist the boys.

With a bowl of water, Tiffany got onto the kitchen counter and placed it on the ceiling. She then asked Dan to use the base of a broomstick and press it against the bottom of the bowl. Everyone walked away, leaving Dan all by himself.

Although he’s 6-foot-5, Dan couldn’t reach the bowl and eventually let it drop to the floor, getting water everywhere.

It definitely wasn’t his proudest moment, and give Tiffany Orlovsky props for making it happen.