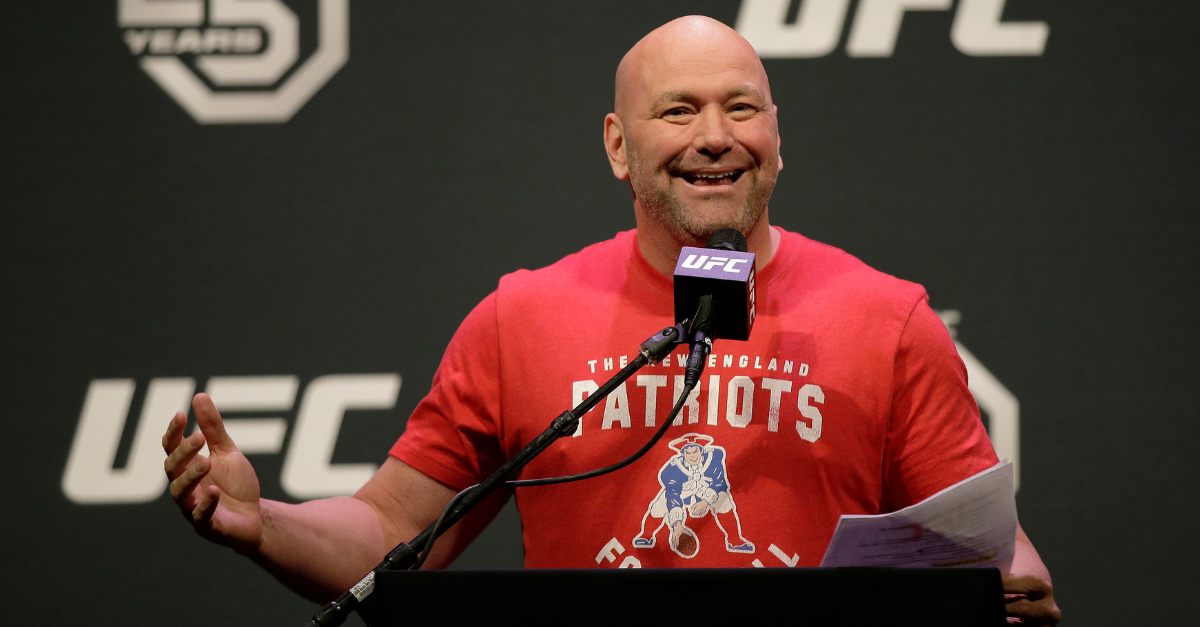 If you are a fan of mixed martial arts, you should be happy to know UFC President Dana White is going to be around for a while longer. The boss man announced he recently signed a new 10-year deal to stay with the company, making sure the MMA giant is in good hands. It also likely paid him a good chunk of change and created some extra investing cash.

A little over a week ago, TMZ Sports asked the 49-year-old White about former UFC owner Lorenzo Fertitta owning an NFL team. White praised the idea, saying his ex-business partner would be an ?incredible owner? and will ?absolutely, positively going to be an NFL owner one day.? White also said he?s ?very interested? in joining to make that happen.

The love of football for both Fertitta and White runs deep. Frank Fertitta loves it, too. So this should be no surprise. However, it came up again when White was a guest on an episode of LVSportsBiz?s Guerrilla Cross Radio with host Alan Snel.

Needless to say, the pursuit is on.

At the moment, there are no NFL franchises up for sale, but if one comes up, you better believe the Fertitta brothers will be ready with an offer and White will be ready to join forces.

?TMZ just got Lorenzo the other day in New York, and Lorenzo confirmed that they are looking at NFL teams. I heard the Panthers, that the Broncos were available, that the Chargers might be up for sale. We?ll have to see how this plays out, but yeah, if they buy a team, I?m in. I will partner up with them.?

Strangely enough, White said he and the Fertitta brothers looked into an NBA team, but got outbid. And if that team was the Houston Rockets, they were outfit by Lorenzo?s cousin Tilman Fertitta, who purchased the team back in 2017.

White, a Manchester, Connecticut native who lives in Las Vegas, where the Oakland Raiders are soon moving, could join a prestigious group of amazing NFL owners with the Fertitta brothers sooner than we think.