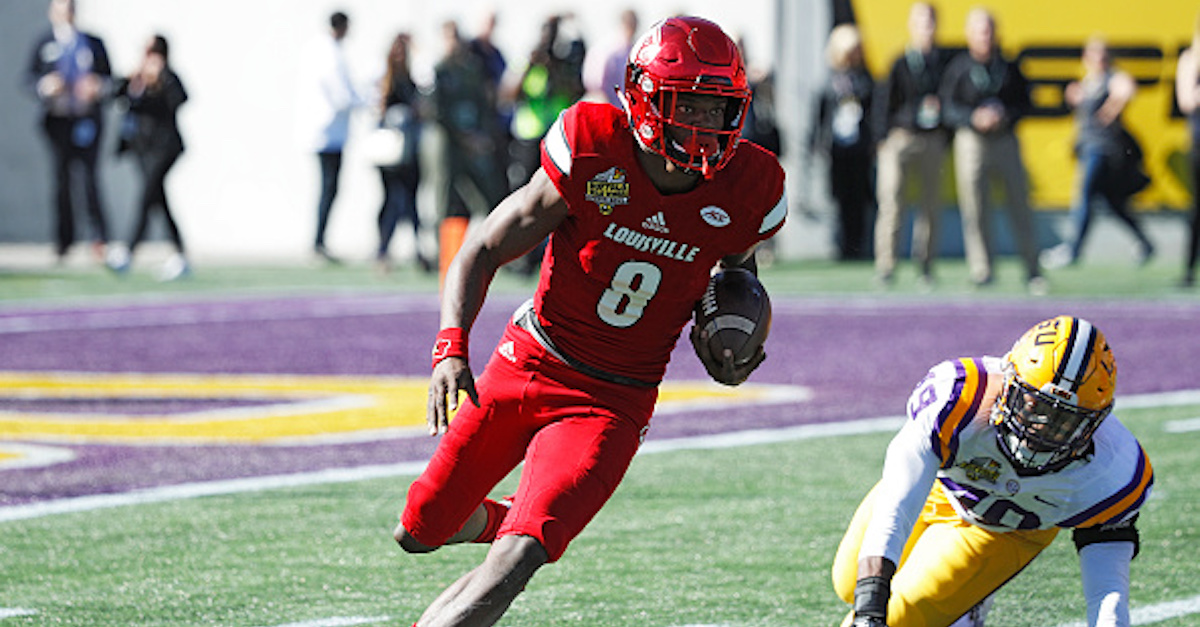 In fact, the former ESPN analyst went as far as to call him the second coming of former Pro Bowler Michael Vick.

“If I was in the second-round and Lamar Jackson is still on the board, I would snatch him up in a hurry,” Kanell told CBS Sports. “He is the next Mike Vick. He is Michael Vick 2.0. We’ve seen him light up the college football world when he won the Heisman Trophy two years ago. His play was actually better than his Heisman Trophy season this past year for Louisville, but unfortunately his team didn’t have as much success so he was knocked a little bit.

“He is definitely a project. He’s got to tighten things up a little bit mechanically. He’s got to improve his accuracy. But just from a sheer playmaking standpoint, he is a one-man highlight machine who can generate offense with literally nothing around him. I think the upside for him is huge. If you got him in the second-round I think it would be well worth the risk.”

During his Heisman Trophy-winning sophomore campaign, he threw for 3,543 yards, 30 touchdowns and nine interceptions, while rushing for 1,571 yards and 21 touchdowns on 260 attempts.

Many have debated whether Jackson can match that success at the professional level, including former NFL GM Bill Polian, who suggested he switch positions to wide receiver during an appearance on Golic and Wingo this week.

However, Kanell apparently doesn’t seem too worried about the former Heisman Winner’s chances and believes he will be a steal if he happens to fall past the first-round.