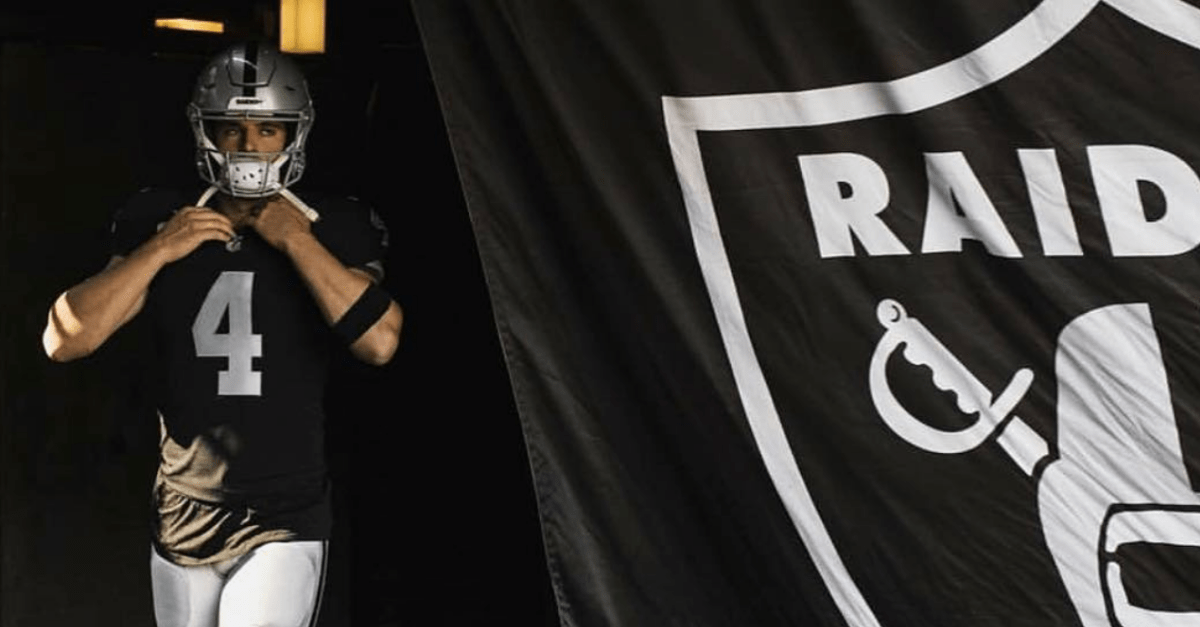 The 2018 NFL season wasn’t exactly a good one for Oakland Raiders quarterback Derek Carr. The expectations were set for the Raiders to not only return to the playoffs under head coach Jon Gruden, but for the team to perhaps make a serious Super Bowl run.

However, things went very, very wrong by the middle of the season. Oakland traded two of its best players — wide receiver Amari Cooper and linebacker Khalil Mack — and it turned out to be a huge mistake.

The Raiders ended the season with a 4-12 record and missed the NFL playoffs once again. Despite all of that, Carr didn?t have that bad of a season. He ended the 2018 campaign with a 68-percent completion rate, over 4,000 yards passing, and 19 touchdowns.

RELATED: In an Era of Highly-Paid NFL Quarterbacks, They Sure Do Suck

However, a lot of Raider fans blame Carr for the Raiders’ miserable season. Many point to Amari Cooper?s success in Dallas and wondered why the star receiver didn’t do well in Oakland with Carr as his quarterback.

Another harsh critic of Carr has been Stephen A. Smith. The outspoken ESPN host has had no problem calling out Carr and his lack of success in the Bay Area. Smith?s First Take Co-host, Max Kellerman, also called out Carr.

So how did Carr respond? He challenged both Smith and Kellerman to UFC-style fight.

@ufc @danawhite hey how do I challenge a couple of these clowns on tv to a fight? I think we should start a business together. Where pro athletes can challenge some of these people to an octagon fight until they give us an answer…. You don’t know me… stop lying.

Of course, Stephen A. Smith was not going to back down when he heard this:

“I will meet up with Derek Carr anytime, any place, anywhere to discuss what his career has been,” Stephen A. said. “And since he said he loves facts, Derek Carr said he loves facts, let me give them to you. Derek Carr ranks 27th of 33 quarterbacks in the National Football League this year, 49.8 QBR. Passer Rating ranked 18th out of 33. In his five years in the National Football League, four have been losing seasons.”

Smith also called out Carr for the team only making the playoffs ONCE in his five years as Oakland’s quarterback.

It?s time for Derek Carr to put up or shut up.

He can be angry all he wants, but facts are facts and rather than just getting on Twitter making empty threats, maybe he should be out here trying to get better before next season.

If not, he may find himself on the trading block next.

READ MORE: Tom Brady Cheated, And This 10-Year-Old Used Science to Prove It