Georgia defensive tackle Devonte Wyatt is an intriguing talent and an athletic specimen who could add stoutness to an NFL team's defensive front.

Wyatt had a four-year career as a member of the Georgia Bulldogs, appearing in 42 games and featuring as a defensive contributor in each year. While in Athens, Wyatt played alongside Jordan Davis and Travon Walker, both of whom are expected to be selected in the first round of the 2022 NFL Draft. Together the trio helped make up one of the best defensive lines in the country.

He certainly knows what it takes to win on the big stage. During his time with the Bulldogs, Wyatt played in four major bowl games, including the 2020 Sugar Bowl, the 2021 Peach Bowl, and the 2021 Orange Bowl and CFP National Championship game. The Bulldogs won all four of those bowl games, culminating with their victory over Alabama in 2022 that earned them the NCAA championship.

Wyatt grew up in Decatur, Georgia and was a three-star recruit out of Towers High School, where he was originally a running back and track athlete. During that time, he ran a 100-meter sprint in under 11 seconds.

He was heavily recruited and initially committed to South Carolina before changing his mind in favor of UGA. Ultimately, however, he did not qualify academically for any Division 1 program and instead had to begin his career at Hutchinson Community College in Hutchinson, Kansas. 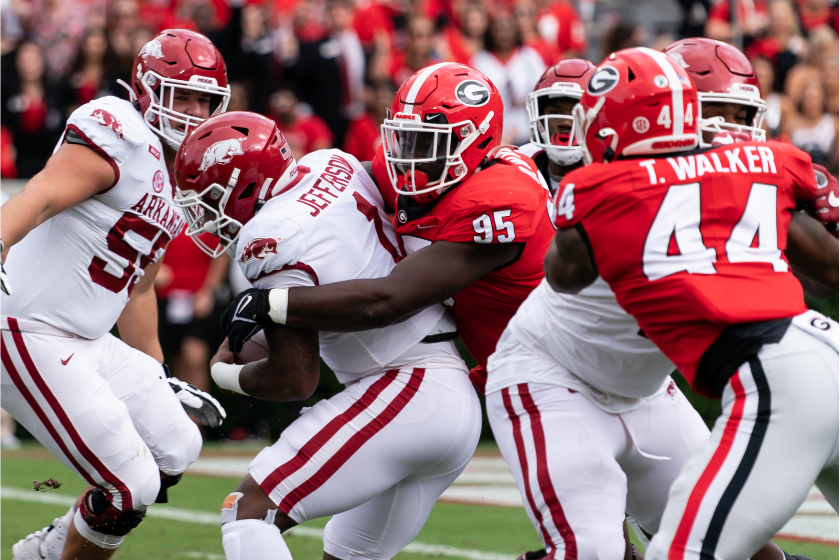 After a year at Hutchinson, Wyatt was academically eligible to enroll at Georgia, and he became an immediate part of the defensive rotation. As a sophomore, he racked up 30 tackles with one sack and a fumble recovery. The next year the numbers dropped slightly, with 25 tackles.

In 2020, Wyatt decided to forgo the NFL draft and use his extra year of eligibility from the COVID-19 pandemic.

His draft stock definitely benefitted from this decision, as he had his most productive season as a college football force of nature. In his First-Team All-SEC 2021 season, Wyatt had 39 tackles, two and a half sacks, and a pair of forced fumbles. In a 37-0 win over #8 Arkansas on October 2nd, he had 1.5 sacks and a forced fumble. He had four stops in the national championship game, his final time taking the field for UGA, helping the Georgia defense stifle Alabama as they cruised to a National Title. 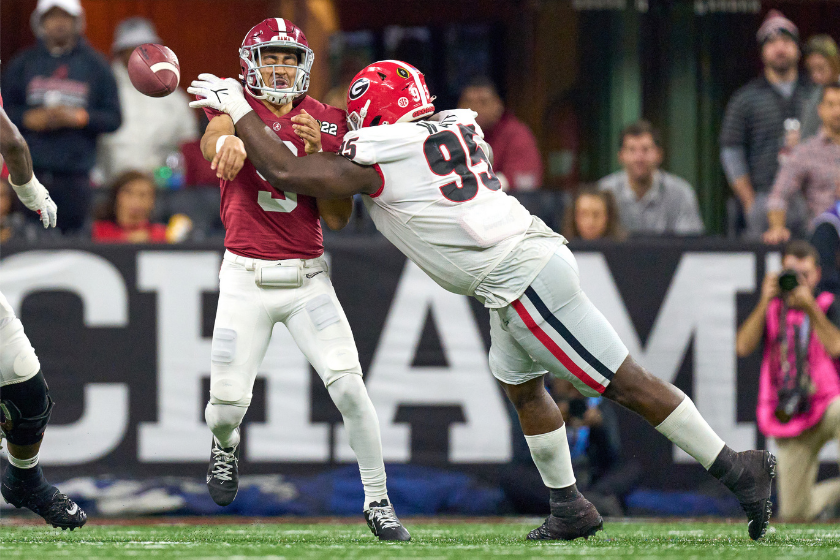 As expected, Wyatt showed tremendous athleticism at the 2022 NFL Combine. His relative athletic score was a 9.56 on a 10-point scale, which is 62nd highest out of 1,378 defensive tackle prospects in combine history. This was helped greatly by an impressive 4.77 second 40-yard dash. Keep in mind, Wyatt weighs 304 pounds as a defensive tackle!

The trait that makes Wyatt such an enticing prospect is his versatility. He is explosive and athletic, but also brings power and the ability to counter many different techniques to get to the quarterback or into the backfield to attack the ball carrier. However, this may also bring questions about what style of defense he is best suited for. We truly don't know if he is an NFL pass-rusher or if his quickness will fade with age. He played both three-technique and one-technique at Georgia while playeing under tackle in nickel defenses and as a defensive end in the Bulldog'ss 3-4 front.

In the blitz-heavy defense at Georgia, Wyatt was asked to do a lot of stunting (switching assignments with his fellow linemen), and there are some questions about his ability to dominate in pass-rush because of the scheme he played in in college.

Although Wyatt had a strong showing at the combine and is projected as a talented player, he might not even be the best defensive lineman drafted out of the University of Georgia. He was outshined by his former teammate Davis, who could be taken half a round or more ahead of him.

NFL Draft Outlook: Will Wyatt Sneak into the First Round? 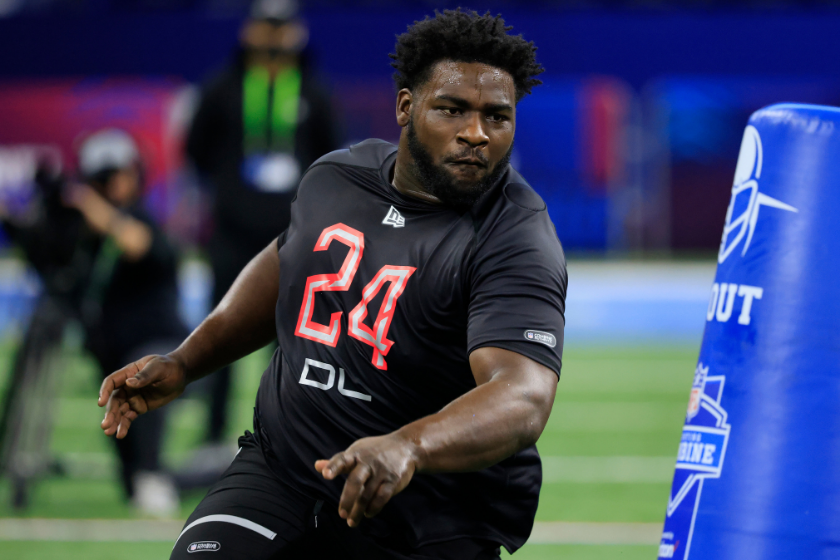 Devonte Wyatt could be a tremendous bargain or a huge risk if he is taken at the back end of the first round. That's where he has been projected in mock drafts for the past few months since impressing at the Senior Bowl in Mobile in February. Lately, however, several teams have indicated that he has dropped or come off of their draft boards completely.

Some of that has to do with his off-the-field character concerns. In February of 2020, Wyatt was arrested for a domestic incident. He was charged with criminal trespass, damage to property and family violence. Other domestic incidents have also come to light as teams conduct their own private investigations.

Still, he has been linked to several teams in the later part of the first round, including the Green Bay Packers, Minnesota Vikings, Philadelphia Eagles and Kansas City Chiefs.

MORE: Aidan Hutchinson's Dad Was a Star at Michigan 30 Years Before His Son