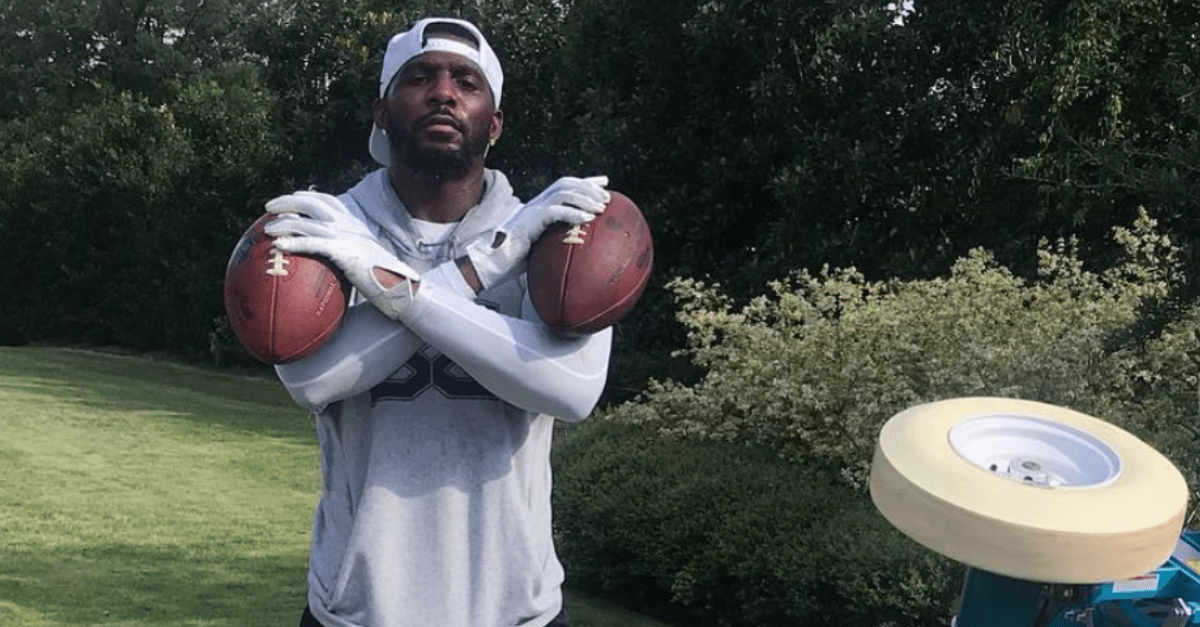 Unless you are a die-hard fan of seven NFL teams, all of which will remain nameless for another couple minutes or so, the New Orleans Saints have been fun to watch so far this season. There?s now a chance the offense got even better officially adding a popular free agent wide receiver.

Dez Bryant, yes, that Dez Bryant, worked out for the Saints this week ? something the organization does quite often during each season ? and, according to the NFL Network, negotiations started to bring the former All-Pro wideout to the Big Easy before being finalized Wednesday morning.

Saints coach Sean Payton on WR workouts yesterday, which included Dez Bryant: "We worked out some players like we do every week. We may or may not sign one." Payton said it had nothing to do with how the current WRs are playing.

?We may or may not sign one,? coming from Saints head coach Sean Payton might as well have been a translation for ?Get in the film room now,? because adding the 6-foot-2, 220-pound Bryant, who has 73 career receiving touchdowns and three Pro Bowl selections to his name, might make this offense virtually unstoppable.

Quarterback Drew Brees is a flame-throwing record holder, running backs Alvin Kamara and Mark Ingram are good enough to headline a NFL team by themselves, and Michael Thomas just made Los Angeles Rams defensive back Marcus Peters, arguably one of the top corners in the game, look like a complete fool on Sunday afternoon.

Oh, and not to mention, Thomas, Benjamin Watson, Tre?Quan Smith, Ted Ginn, Josh Hill, Cameron Meredith, and Austin Carr all average over 10 yards per reception at a minimum of five catches in 2018.

Adding Bryant, the 30-year-old former first-round draft pick who was released by the Dallas Cowboys this past offseason, will obviously take snaps from someone else, but it will also create a rather ridiculous 1-2 tandem with him and Thomas if both play at max ability.

The Saints aren?t statistically the best offense in the NFL. The Kansas City Chiefs are the only team to average more points, but six other teams average more yards than New Orleans in 2018.

Then ask them what it would be like to have to scheme for yet another Pro Bowl-type receiver in Bryant.

Whether it helps the 7-1 Saints tremendously or not, the entire league and its fans can rejoice because New Orleans plays the Dallas Cowboys, Bryan?t old team, later in November and that’s going to be quite the show.

READ MORE: Jerry Jones Throws Major Shade at Dez Bryant and Even Himself