Long before they were the Washington Commanders or the Washington Football Team, the Washington Redskins were something of an NFL dynasty. Legendary head coach Joe Gibbs led the way by implementing a heavy pass attack along with an in-your-face run game. Up front, a rock-solid offensive line, aptly nicknamed "The Hogs," was prepared to win any and all battles in the trenches.

Washington won its first Super Bowl under Gibbs in 1982 with Joe Theismann commanding the offense. Five years later, they were back in the big game. This time, with Doug Williams under center.

Williams set records by absolutely torching the Denver Broncos en route to the franchise's second title in five years. However, he made history for another reason. The win made him the first Black quarterback ever to win a Super Bowl.

He was the first of three Black quarterbacks to ever win it all. 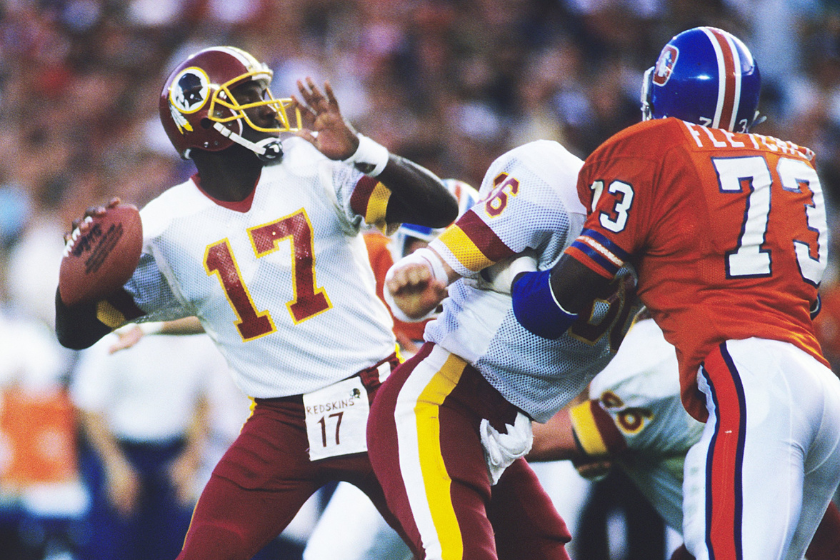 To say the Washington Redskins throttled the Broncos in Super Bowl XXII is an understatement. It was more like watching a murder happen on live television.

Denver, led by quarterback John Elway, entered the game as the No. 1 seed in the AFC and a three-point favorite. On the other side, Washington was the NFC's third seed.

Washington's playoff seeding doesn't tell the whole story, however. During the regular season, Washington only lost four games, finishing the 1987 season 11-4. Those four losses, handed to Washington by the Atlanta Falcons, Philadelphia Eagles, Los Angeles Rams and Miami Dolphins all had one thing in common: Washington lost by less than four points in each game. Crazy.

The Broncos jumped out to a 10-0 lead in the first quarter, and with that, we've concluded their highlights. As you may remember from two sentences ago, Washington doesn't lose a game by more than four points, so it was their time to shine. That's when it became the Doug Williams show from then on. The Washington gunslinger kicked the offense into gear and threw four, yes four, touchdown passes in the second quarter to give his team a 35-10 lead.

The first was an 80-yarder to Ricky Sanders. The second was a 27-yarder to Gary Clark. The third was a 50-yarder to Sanders. The fourth was an 8-yarder to tight end Clint Didier. Three of the four scoring drives took under a minute, with Sanders' first touchdown taking a mere 10 seconds. Denver was pretty much dead in the water going into the locker room at half.

All in all, Williams completed 18 of 29 passes for 340 yards, four touchdowns and one interception. His four second-quarter TD passes are the most in a single quarter in Super Bowl history. Washington won 42-10, and he deservedly took home the Super Bowl MVP award.

The NFL Has an Ugly History of Prejudice Against Black Quarterbacks 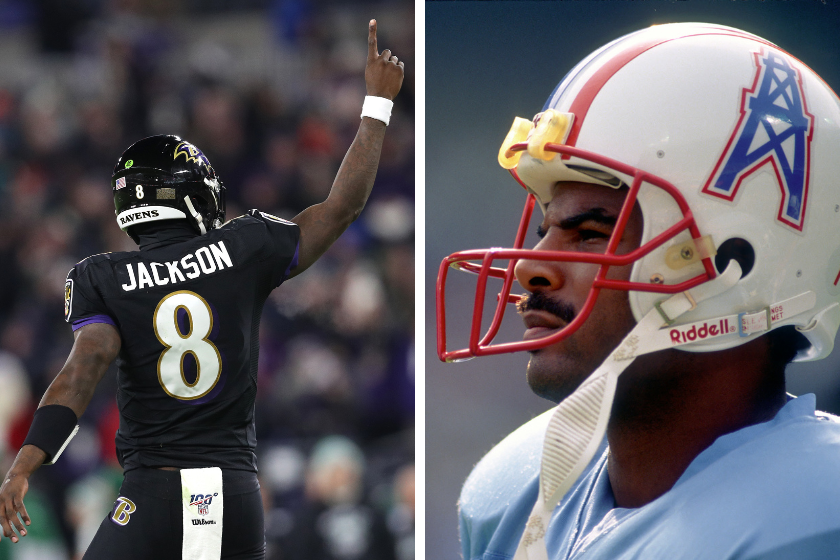 RELATED: Who Was the First Black Player in NFL History?

Williams made history on the field, but his win has much more significance in the history of the game. Like I previously mentioned, the victory made Williams the first African-American quarterback to win a Super Bowl in NFL history. Considering Kenny Washington broke football's color barrier in 1946, It's pretty astonishing the feat took 41 years to accomplish. Although, it's not surprising.

The NFL has an ugly history of prejudice against Black quarterbacks. Warren Moon had a stellar college football career at Washington, yet he wasn't selected in the 1978 NFL Draft. He played six years in the Canadian Football League before getting a shot with the Houston Oilers in the NFL. He wound up making nine Pro Bowls and winning the NFL Offensive Player of the Year in 1990. Ask anyone to name a great quarterback from the 1980s and 90s and Moon's name will come up every single time.

More recently, of the 27 quarterbacks drafted from 2001 to 2010, only six were Black. That's 22.2 percent of the total signal callers drafted during that time. That number increased to 11 out of 32, or 34.4 percent, from 2011 to 2020. Still, those numbers aren't great and Black quarterbacks continue to be dismissed for whatever reason. Even Bill Polian, a Pro Football Hall of Fame member and talent evaluator, publicly lobbied for 2019 NFL MVP Lamar Jackson to change positions coming out of college. You heard that right. Bill Polian once said that Lamar Jackson, who was a Heisman finalist, should switch to wide receiver. Seriously. What is going on here?

Circling back to Williams; he was a more than worthy player to become the first Black quarterback to take home football's biggest prize. He was also a part of the first NFL game to feature two Black starting quarterbacks back in 1979, when his Tampa Bay Buccaneers played Vince Evans and the Chicago Bears.

And since Williams made history in Super Bowl XXII, Russell Wilson and Patrick Mahomes are the only other Black quarterbacks to win the big game. So, Williams' accomplishment is remarkable by itself, but how he did it is all the more impressive. We need to see more like it.

MORE: The 11 Strongest Arms in NFL History Could Throw it a Country Mile