The National Football League has been around for over 100 years. In that time span, we've seen the game evolve from wearing leather helmets to Roger Staubach leading the Dallas Cowboys to Lawrence Taylor inducing fear to Patrick Mahomes throwing bombs.

The league's biggest turning point came 26 years after it all started, when the first African-American players were signed to NFL contracts.

Jackie Robinson breaking the color barrier in Major League Baseball in 1947 is the one of the most important cultural moments in the last century of the United States. As iconic as Robinson's debut on the Brooklyn Dodgers was, professional football technically broke the color line first.

The major difference is football did it with four players.

Who Were the First Black NFL Players? 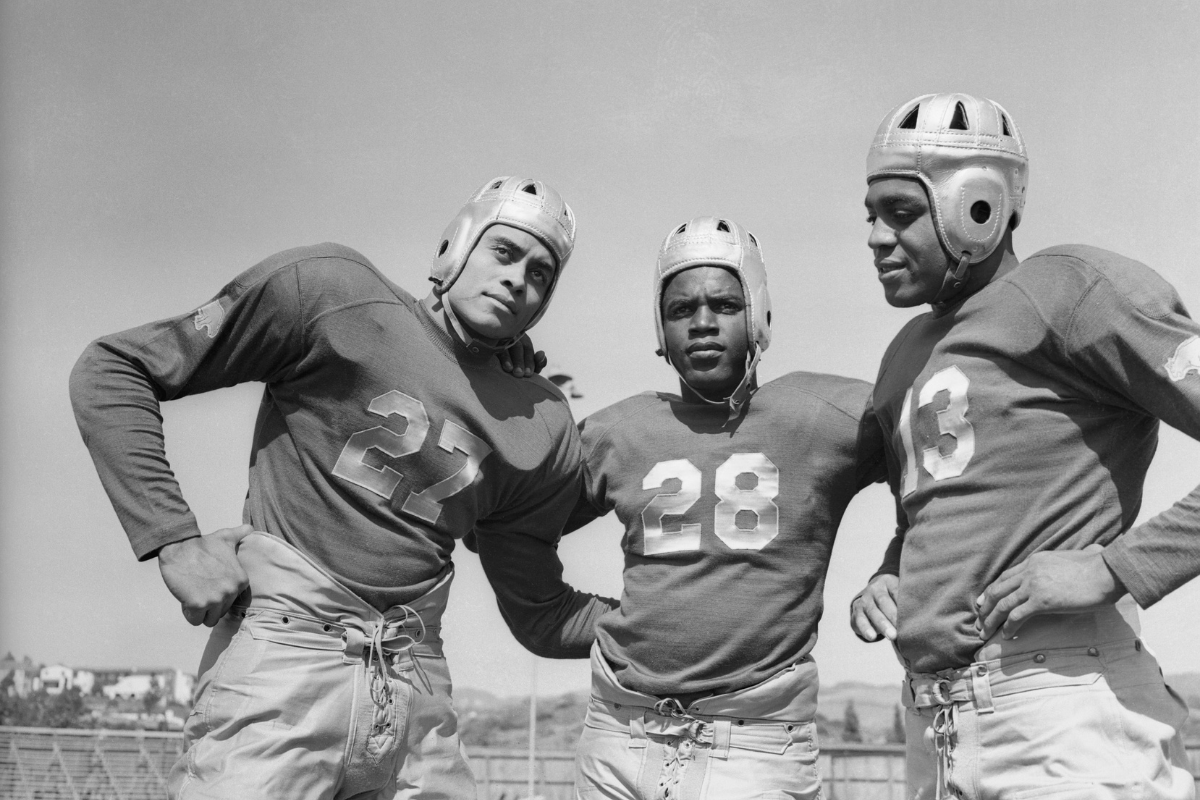 RELATED: The 10 Most Influential African-Americans in Sports History

The winds were changing in 1946. The country was recovering from World War II and sports were rapidly growing. Out in Los Angeles, California, running back Kenny Washington was making a name for himself at UCLA.

Then, he became the first black player in the NFL.

Kenny Washington signed with the #LARams in 1946, becoming the first African American player to sign an @NFL contract.

We honor + celebrate Washington for paving the way. #BlackHistoryMonth pic.twitter.com/MbRO3Rsh61

Washington, an LA native, was a baseball and football star out of Abraham Lincoln High School. He chose to stay home and play college football and baseball for the UCLA Bruins. On the diamond, Washington was teammates with Jackie Robinson -- yes, that Jackie Robinson -- and reportedly could give him a run for his money. On the football field, Washington truly excelled in the backfield and as a defensive back.

After setting UCLA football records during his college career, Chicago Bears head coach George Halas wanted the star halfback on his team in 1940. However, Halas was unable to convince the league to integrate, and Washington spent the next five years playing for the Hollywood Bears of the Pacific Coast Professional Football League.

The All-American halfback got his chance to suit up for an NFL team in 1946, when the Cleveland Rams moved to Los Angeles. The team wanted to play in the Los Angeles Coliseum, which was publicly owned and funded by taxpayers. Because the project was backed by both white and black taxpayers, the team faced immediate pressure to integrate.

The Rams eventually gave in and signed hometown hero Washington in March 1946, making him the first black football player to ink a professional contract in the modern era. Washington played three seasons for the Rams and rushed for 859 yards and nine touchdowns.

He was quickly joined by a UCLA teammate after signing his first contract.

Strode, Washington and Robinson made up the UCLA backfield known around the country as "The Gold Dust Gang."

One of the first two African-Americans to play professional football, Marion Motley was a FORCE.

While Washington and Strode were scooped up by the Rams, fullback and linebacker Marion Motley was bulldozing opponents in Ohio.

Motley was a force to be reckoned with on the gridiron and played his college football at the University of Nevada. After serving in the U.S. Navy during WWII, Motley earned an invite to the training camp of the Cleveland Browns of the All-America Football Conference (AAFC) in 1946. The Browns sure were happy they gave him a call.

Motley helped Cleveland win four league titles and was the all-time leading rusher in AAFC history before it folded in 1949. The back didn't slow down when the Browns were absorbed into the NFL the next year. He spent five seasons as an NFL player and was inducted into the Pro Football Hall of Fame in 1968.

Motley's exceptional career wouldn't have been possible without defensive tackle Bill Willis. Willis received the original invite to the Browns' training camp in 1946 and general manager/head coach Paul Brown invited Motley, after denying him a spot 10 days earlier, because he felt Willis needed a roommate.

Willis was the first to get a call because he played under Brown while at Ohio State. The American football player suited up eight total seasons for the Browns, including four in the NFL. He and Motley were both vital parts of the 1950 NFL Championship team.

Willis joined Motley in the Pro Football Hall of Fame in 1977.

These four trailblazers hold a special place in American history. They not only excelled on the field, but most importantly, they helped give Black athletes a chance to play professional sports.

MORE: The 23 Longest Field Goals in NFL History Are All Moonshots