It looks so easy being a sideline reporter, huh? Just walk up to high-profile professional athletes, ask them a few questions in the midst of chaos, and give tidbits and factoids during in-game breaks. In reality, working clubhouses and locker rooms during massive events like the World Series, Super Bowl, and Daytona 500 is a demanding, constant grind that few people are capable to doing at a high level.

When it comes to FOX's Erin Andrews, she is among the elite sideline reporters in the game and has become a role model for women pursuing careers in sports today. But in a male-dominated space, how much does does a transcendent talent like Andrews earn after two decades in the business? 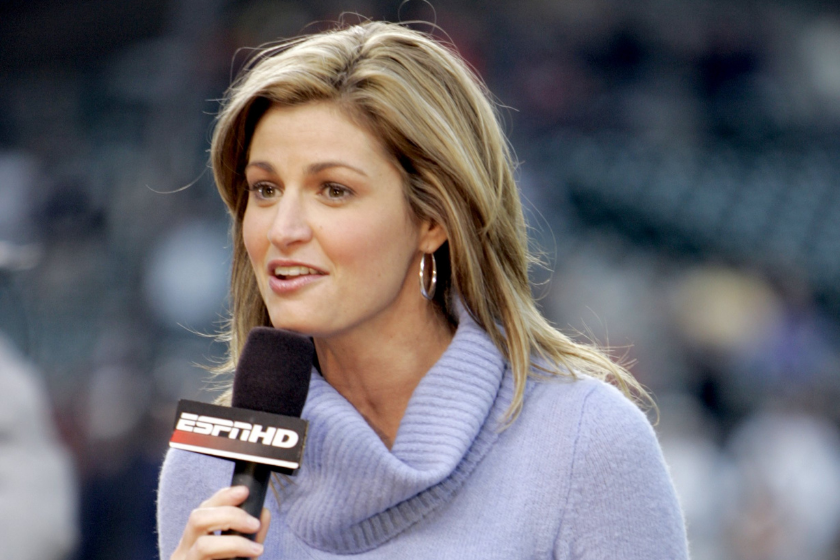 Born Erin Jill Andrews in Lewiston, Maine, she is the daughter of Paula Andrews, a teacher, and Steven Andrews, a six-time Emmy Award-winning investigative reporter for the Tampa Bay area NBC affiliate.

The family moved to San Antonio, Texas, when she was young and eventually to Valrico, Florida, where Andrews attended Bloomingdale High School and the Brandon School of Dance Arts. Andrews says her love of sports stemmed from watching Boston Celtics games with her father and talking sports with guy friends in high school. (Andrews called herself a "tomboy" growing up.)

She was a smart student who participated in student government and the National Honor Society and attended the University of Florida from 1997-2000. She was a member of the Zeta Tau Alpha sorority and graduated with a bachelor of arts degree in telecommunications. There, she was also a member of the Florida Gators dance team while in school.

Her first job out of college was as a freelance reporter with Fox Sports Florida South before becoming a Tampa Bay Lightning reporter for the Sunshine Network. Andrews parlayed that into a role with Turner South Network covering Atlanta's major sports teams -- the MLB's Braves, NHL's Thrashers and NBA's Hawks -- until making the jump to ESPN in 2004. 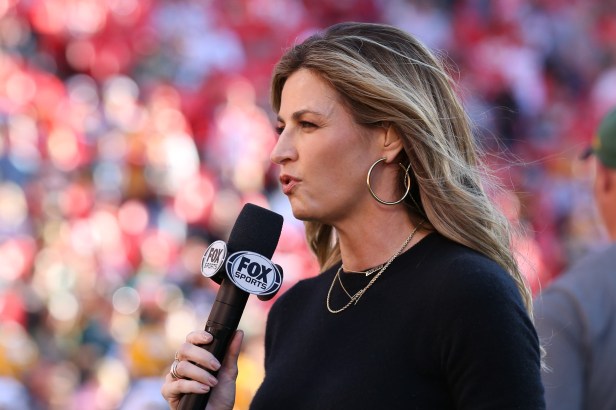 For nearly a decade at ESPN, Andrews covered everything you could possibly imagine. From the College World Series and Little League World Series to college football Saturdays and the Scripps National Spelling Bee, she quickly grew into one of the sports world's most recognizable on-air personalities.

In 2011, Andrews signed an endorsement deal to promote Reebok's ZigTech shoe. However, after citing Nike shoes as the cause of several TCU football players sliding on the turf at the 2011 Rose Bowl, ESPN forced Andrews to end her relationship with Reebok after amending its company policy.

Andrews made the jump to Fox Sports in 2012 where she continued to blossom. She was the in-studio host of the "Fox College Football" pregame show and reported weekly on the "Fox NFL Sunday" kickoff show.

In this role, Andrews' talents arrived on sports' biggest stages, including hosting the trophy presentation at four World Series from 2012-15. She's been on the field at major sporting events such as Major League Baseball's All-Star Game, on pit road for the Daytona 500 and was on the field for her third Super Bowl when the San Francisco 49ers and Kansas City Chiefs met in Super Bowl LIV. 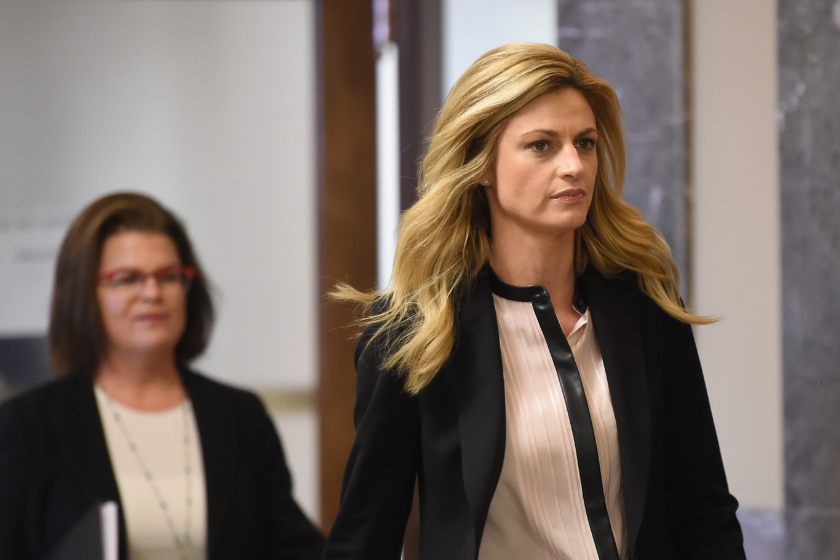 In 2010, Andrews filed a lawsuit seeking $75 million in damages from West End Hotel Partners and Michael David Barrett, a then-46-year-old man who drilled peepholes into Andrews' hotel room and videotaped her getting undressed back in 2008. Barrett leaked that video online, where it was searched approximately 300 million times and viewed 17 million times. A second video of Andrews filmed at the Radisson Airport Hotel in Madison, Wisconsin was found on the stalker's computer, but thankfully never reached the Internet.

Barrett was arrested by the FBI and pled guilty to interstate stalking. He was sentenced to 30 months in prison, three years probation and hefty fines.

Andrews testified over two days, often breaking down as her emotions took over, saying that people referenced the video with tweets on social media or while she worked games "every day of my life." Even today, people still associate Andrews with that video before her incredible professional career as a TV journalist.

In March 2016, Andrews was awarded a $55 million settlement -- 51 percent was to be paid by Barrett and 49 percent would be paid by Windsor Capital Group (the hotel management company) and West End Hotel Partners, which owned the Nashville Marriott Hotel in Tennessee where the peephole video was taken.

It's unclear how much Andrews, who has been named America's sexiest sportscaster by Playboy Magazine, personally received from this settlement. 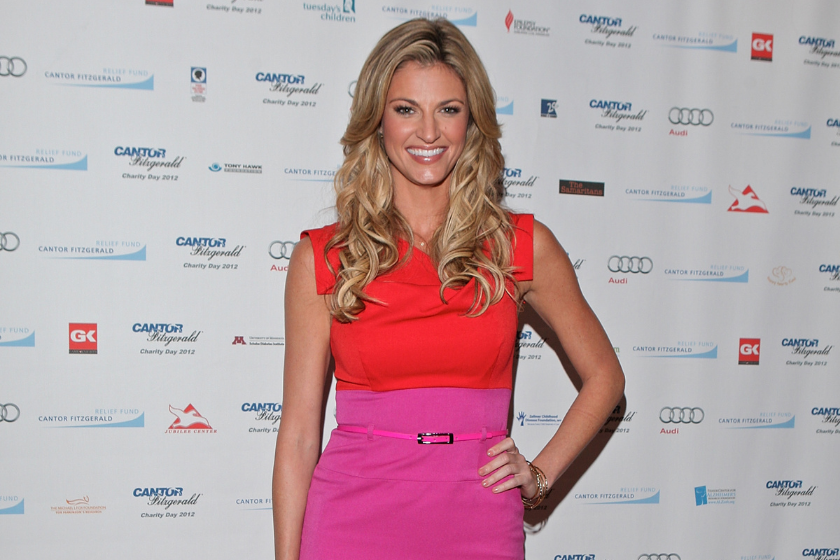 In 2010, Andrews competed on Season 10 of ABC Network's "Dancing with the Stars." Alongside partner Maksim Chmerkovskiy, the pair finished in third place. She began serving as co-host of the show in 2015 with Tom Bergeron. Andrews also worked as a contributor and correspondent for "Good Morning America" and co-hosted the "CMT Music Awards" in 2016 alongside Houston Texans defensive end J.J. Watt.

Andrews married Jarret Stoll, a 14-year NHL veteran and two-time Stanley Cup champion hockey player, in 2014. Stoll earned more than $28 million during his career and asked her out by sneaking past security in California before taking her on a date in Los Angeles.

She was diagnosed with cervical cancer in 2016, which required immediate surgery. According to PEOPLE, Andrews underwent surgery 17 days after the diagnosis, then boarded a plane two days later to cover Fox's NFL game in Green Bay. She was deemed cancer-free shortly after.

"I'm not watching any football games at home this year," Andrews told her doctors at the time. "This is our Super Bowl year, and I'm not missing the Super Bowl."

Andrews has worked with multiple companies to promote various causes from women in sports to fighting hunger across America. Specifically, she partnered with Kraft Foods for their Huddle to Fight Hunger campaign. In 2019, she partnered with Fanatics to design her own sportswear clothing line for women. 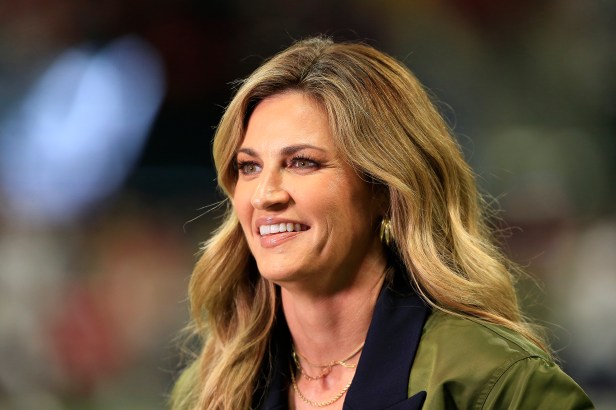 Exact details of the 43-year-old's current contract with Fox Sports are unclear. The television personality resigned with the company in 2016 to focus primarily on football, and several online sources claim Erin Andrews' annual salary is around $2 million per year.

According to Celebrity Net Worth, Andrews has a net worth of $30 million in 2022.

Suffice to say, aside from the obvious work it takes, being a woman in sports media is a challenge unto itself. A microscopic percentage of women's sports are even highlighted by major sports publications, so it's no surprise female broadcasters make up the minority as well. But with American sportscasters like Doris Burke, Beth Mowins, Hannah Storm, Pam Oliver, Suzy Kolber, Charissa Thompson, Michele Tafoya, Heather Cox, Joy Taylor, and Lisa Salters highlighting a growing field, take solace in the fact that more women like Erin Andrews are coming for high-paying desk jobs traditionally held by men across the United States.

MORE: Troy Aikman's Net Worth: The Hall-of-Fame QB is Making Millions in His Second Career