She's only 44, but sportscaster Erin Andrews is already at the top of her field. The sports reporter and television personality has worked Super Bowls and World Series for FOX Sports. She's co-anchored "College GameDay" on ESPN, worked for "Good Morning America" and even served as co-host of ABC's "Dancing with the Stars" with Tom Bergeron.

Andrews handles every interview she does as a FOX NFL sideline reporter during the NFL season with grace, too. Jokingly calling Aaron Rodgers an "old man" for his alcoholic beverage of choice? Check. Getting hit on by Jimmy Garoppolo or receiving a kiss from 50 Cent on live television? That too. She was, unfortunately also the victim of a hotel room stalker peephole incident in 2015, in which she was illegally filmed and filed a $75 million complaint against a Nashville Marriott and Michael David Barrett.

Born to Steven Andrews and Paula Andrews, the future TV personality attended high school in Valrico, Florida, and graduated from the University of Florida with a degree in telecommunication. Not long after she was a Gator, she received work with Fox Sports Florida and the Sunshine Network. Since ESPN hired her in 2004, she's shot to the top of the company as one of its premier sportscasters.

Along the way, the blonde-haired journalist born in Maine also found love on the ice hockey rink. 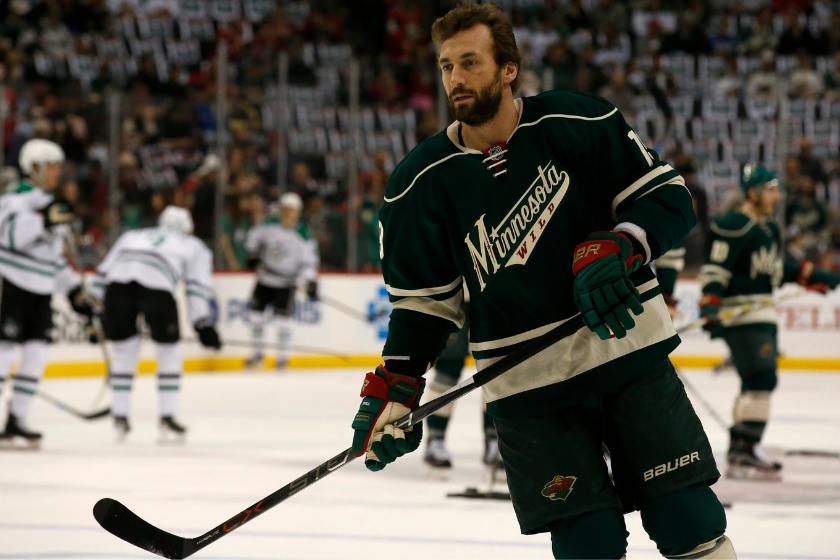 The 39-year-old Stoll is from Melville, Saskatchewan, Canada, and played 15 seasons in the National Hockey League for the Edmonton Oilers, Los Angeles Kings, New York Rangers and Minnesota Wild. He's won two Stanley Cups, both with the Kings in 2012 and 2014.

According to Spotrac, Stoll earned more than $28 million during his playing career. In 2015, Stoll was arrested for possession of cocaine at a pool party. He pleaded guilty to two misdemeanor charges stemming from the incident.

After his final season in 2016, Stoll began working as a talent scout for the Kings and is still doing that in 2022. Andrews covered the Tampa Bay Lightning sporting events early in her career, so she was no stranger to hockey players. 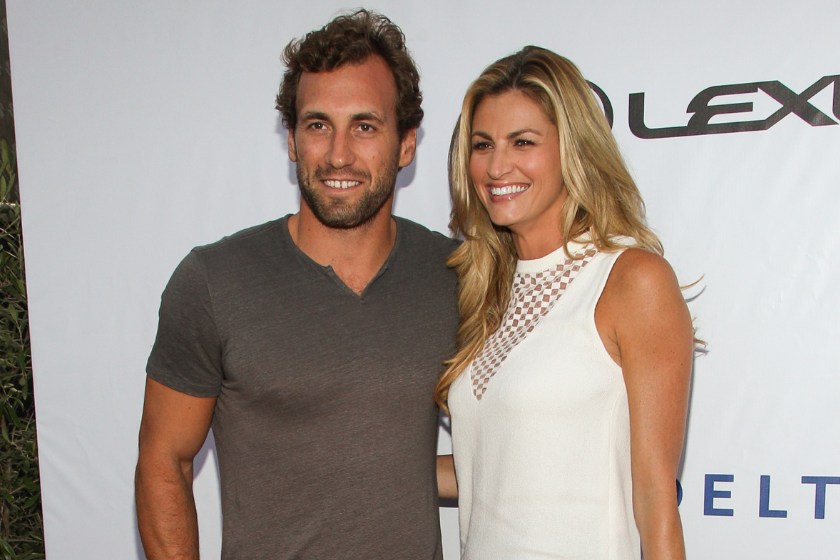 RELATED: Suzy Kolber's Husband Keeps Out of the Spotlight

How does one of the world's most famous sports reporters link up with a professional athlete? It didn't go down exactly how you might think.

According to Harper's Bazaar, Stoll reached out to his friend (Michael Strahan) at the 2012 World Series to see if he could score a date with the woman whose face was in millions of Major League Baseball fans' living rooms. The former NFL player and broadcaster then relayed the request to Andrews. She turned the offer down.

During one World Series game in San Francisco, Stoll decided to ask her in-person. He narrowly slipped past two security guards to get into the dugout she was working in, per Harper's Bazaar. He took her to dinner in Hollywood after the game and they haven't looked back.

The NHL player proposed to Andrews in 2016 at Disneyland's exclusive Club 33 and the two tied the knot in June 2017 on Jarret's birthday. Yifat Oren, who has planned for Cameron Diaz, Natalie Portman and Anne Hathaway, orchestrated the beautiful wedding at the Yellowstone Club, an exclusive club nestled in the Rocky Mountains in Big Sky, Montana. She wore an off-the-shoulder gown made by Carolina Herrera, per Harper's Bazaar.

"June 24th was so perfect! Can we do it again next wkd? @yifatoren @orenco.co I love you for creating my fairytale. Thank you @houseofherrera @patricialansing for making the dress and veil of my dreams! It was perfection," she wrote on Instagram after the wedding day.

Getting married sure as heck beats any old "happy birthday!" or a gift.

Do They Have Children?

Erin and Jarret don't have children, but they do have a pet golden retriever named Howard, who they share often on social media.

Andrews received a cervical cancer diagnosis in 2016, which flipped the couple's life upside down. She announced she was cancer-free after a few treatments. The health scare, however, put her relationship on the "fast track."

"You don't know if a guy is going to want to sit in with an oncologist and see, 'OK, so this is your cervix, and this is your uterus, and we are cutting out this part,'" she told Health magazine.

"We hadn't even been discussing marriage. We hadn't discussed babies! It really puts things on the fast track for you -- because you have an oncologist saying to you, 'We highly recommend that you guys do your embryos right now, freeze them.'"

The two chose an in vitro fertilization (IVF) plan and hope to have children. As of now, the cancer survivor and sports reporter is just a mother to a very good dog.

Erin Andrews has done so much in her career and she's still just 43. She's danced with Maksim Chmerkovskiy on primetime TV. She's working for FOX College Football and NFL coverage to become one of the great female sports journalists along with Pam Oliver, Suzy Kolber and the NBA's Doris Burke.

With her husband by her side, she's only heading upward.