Who is Suzy Kolber’s Husband? 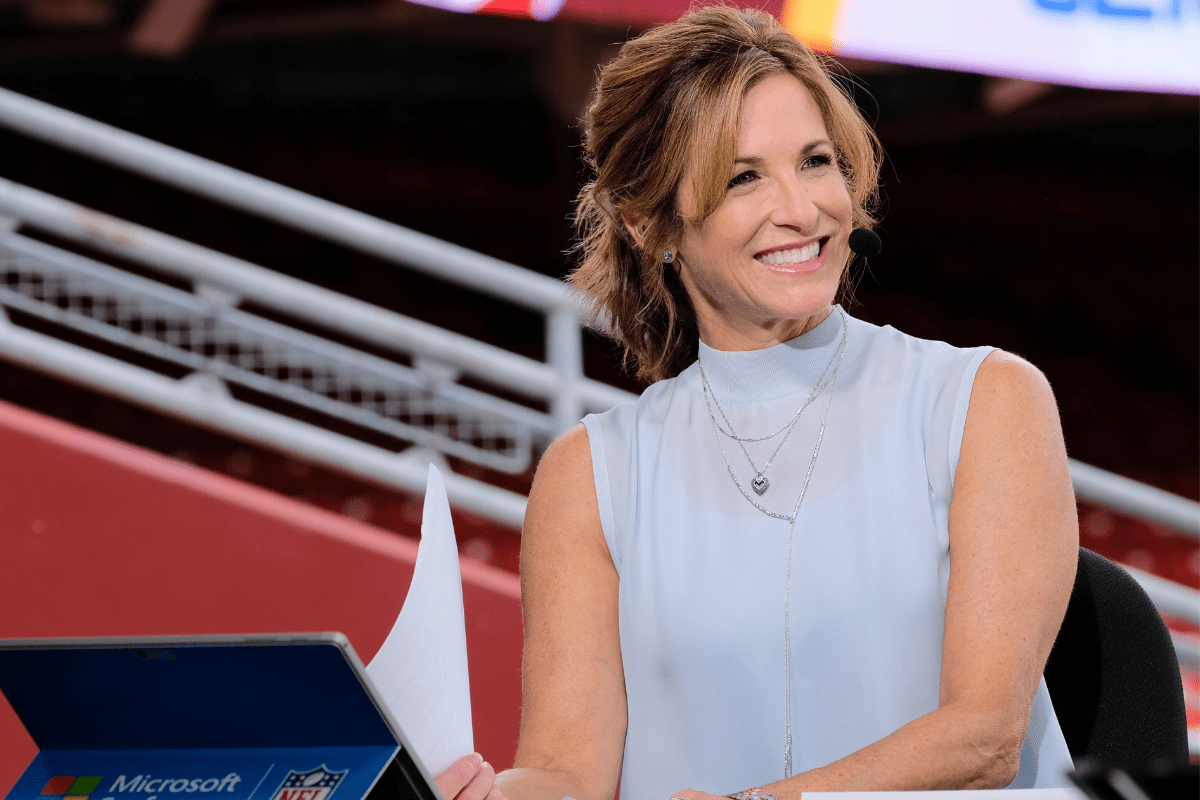 Suzy Kolber has long been one of the faces of ESPN.

She was one of the original anchors of ESPN2 when it debuted in 1993, and has since been an American football sideline reporter as well as a sportscaster and co-producer for the network.

Kolber’s work life has always been an important part of her identity. However, rumors began to circulate regarding her sexuality due to the private nature of her romantic life.

Well, those rumors were nothing more than gossip, as Kolber is happily married to her husband Eric Brady.

Kolber then went on to attend the University of Miami and earned a Bachelor of Arts Degree in telecommunications.

After graduating from Miami, Kolber began working as a sports director for Dynamic Cable in Florida. She then found employment as a videotape coordinator for CBS Sports.

She eventually became a producer for WTVJ-TV‘s 5:30 p.m. ET sportscast in Miami, for which she earned a local Sports Emmy. She also worked as a weekend sports anchor for WPEC-TV in West Palm Beach, and as a producer for NFL Films.

Kolber also spent time as a reporter and producer for the Breeders’ Cup newsfeed in Greenwich, Connecticut.

Kolber has covered a wide variety of events since joining ESPN in 1993. She’s been a mainstay for the network’s coverage of the NFL, starting off on Sunday Night Football before beginning work as a sideline report for Monday Night Football alongside Michele Tafoya.

She’s also featured on NASCAR Countdown and covered the 1996 X Games, as well as the Winter X Games.

In 1996, three years into her ESPN career, Kolber departed for Fox Sports where she’d anchor Fox Sports News in addition to covering the NFL for the network. She returned to ESPN Network in 1999.

In 2006, Kolber worked the Super Bowl XL broadcast for ABC Sports and was subsequently the first female to win the Maxwell Club Sports Broadcaster of the Year.

Kolber replaced the late Stuart Scott on ESPN’s Monday Night Countdown in 2015, a role she has maintained ever since.

Suzanne Lisa Kolber is married to her husband Eric Brady. The couple reportedly began dating in 2000, but have kept a tight lid on their relationship, with little details leaking to the public.

It is known, however, that the pair have one child together, Kellyn, who was born in 2008.

Brady has avoided the public eye for the most part, too.

According to reports, Kolber boasts an estimated net worth of $18 million through her work as media personality. She’s also made decent money from endorsement deals.

Kolber is a national spokesperson for Pepsi-Cola and features in various commercials for Chevrolet.

Additionally, her voice was used in the video game ESPN NFL Football, which as available on various consoles including Sega, Sony Playstation 2, and Xbox.

MORE: Erin Andrews’ Husband Sneaked Past Security to First Ask Her Out