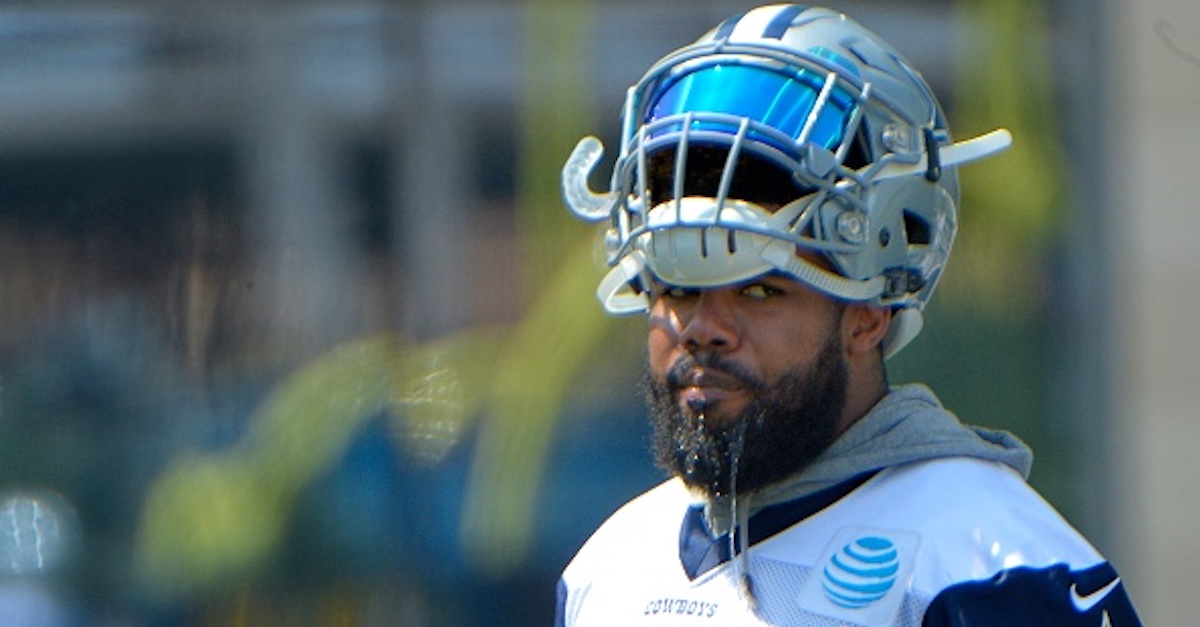 The Dallas Cowboys fell flat in a 42-17 loss to the Denver Broncos in Week 2 and the entire NFL universe was stunned by the lopsided nature of the contest. While there was plenty of blame to go around, Cowboys running back Ezekiel Elliott was a complete non-factor, rushing for only eight yards on nine carries, and the reaction to his struggles has been swift.

In fact, Pro Football Hall of Fame running back LaDainian Tomlinson weighed in on Elliott during an NFL Network segment on Sunday and he indicated that the second-year back “quit” during the game.

“What Denver did today, they just laid out the blueprint. I was surprised by how physical they were, the Denver Broncos against this offensive line. Zeke, to his credit, he didn’t have any room today. He was running, getting hit in the backfield, making moves in the backfield – but all of that is OK. I didn’t like the way he quit today. I didn’t like that. He absolutely quit on his team today.”

After he was prompted to elaborate, Tomlinson wasn’t done with his harsh and pointed criticism.

“First, his attitude on the sideline. Clearly, he didn’t have any communication with his teammates. But also, he didn’t want to talk to his teammates. Sometimes when things are going wrong, as a leader of that team as a captain, you got to step up and rally the troops. You’ve got to go to the offensive line and say, ‘I know it’s tough but let’s keep battling, let’s keep fighting.’ You got to go to the quarterback and say, ‘Hey man, I’m not getting it done today – you got to step it up.’ You got to rally the troops … They need him to do that because last year, he led the league in rushing. So, everybody is looking at him as the top dog. So, if you want to be the top dog, you got to do it on and off the field.”

This isn’t the first time that an on-air analyst has accused a player of quitting on the field but, when it is the league’s most visible team and a (very) famous player like Elliott, this kind of commentary jumps off the page. It will be interesting to see how both Elliott and the Cowboys respond but, given his lackluster play, it may not be fully out of bounds to suggest this is what happened in Denver on Sunday.

After rushing for 1,631 yards in his first season, Elliott has rushed for 122 yards over his first two games. He’s still in the middle of an appeal process to fight back against his six-game suspension.