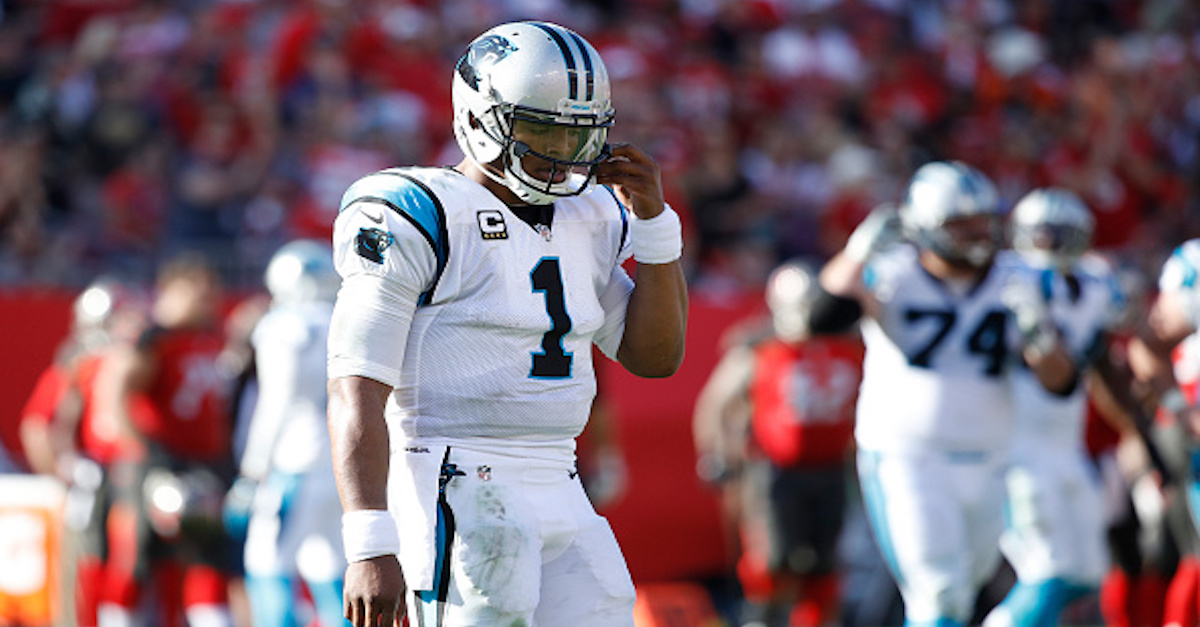 Well, if you’ve somehow managed to stay off the internet during the last few days, you’ve missed quite a bit.

In the sports world, few headlines have outdone the viral nature of Cam Newton’s comment regarding a female reporter asking him about Devin Funchess’ routes, to which he replied, “It’s funny to hear a female talk about routes. It’s funny.”

As you can imagine, Newton’s image has taken a hit, and the situation has led some of his sponsors to cut ties with the Carolina Panthers quarterback.

Now, it’s Gatorade’s turn to address the situation. It released a statement but has not severed ties with Newton.

“Cam’s comments were objectionable and disrespectful to all women and they do not reflect the values of our brand. Gatorade fully supports women who compete in, report on, coach for, or play any role in sport on or off the field.”

Newton has not apologized yet, but it would behoove him to do so and to do it soon.

His comment wasn’t just inappropriate, it was way off base. We’re entering an era in which women are seeking careers in football — specifically in football operations — and obtaining them.

People like Jen Welter, Kathryn Smith, and Katie Sowers are paving a brand new path for women in the NFL.

Newton better get used to it.