After ugly near-fight at season’s end, punishment has been handed down for fans who instigated it 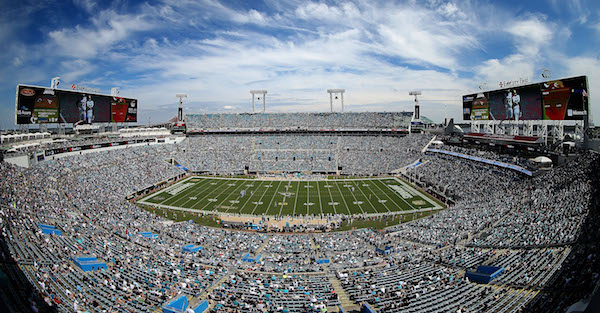 A game between the Jacksonville Jaguars and the Seattle Seahawks in December ended in bizarre and ugly fashion, when Seahawks defensive lineman Sheldon Richardson was ejected for throwing a punch and, moments later, Quinton Jefferson was ejected for unsportsmanlike conduct. From there, Jefferson got into it with some Jacksonville fans and some at EverBank Field even threw things in his direction.

As a result of that, a franchise investigation was jump started and the Jaguars found four fans who they determined to have been involved in tossing items. Josh Alper of Pro Football Talk now brings word from the Florida Times-Union that the investigation has concluded and two of the fans have been brought to punishment.

?It was concluded that four individuals threw objects onto the field. Based on available video evidence, we were able to positively identify two of these individuals. All four individuals had relocated to a seat near the field wall toward the end of the game.?

The report states that the two “positively identified” individuals will be banned from the premises “indefinitely” after the incident and that seems to be the least that the Jaguars could execute. Hopefully, hiccups like these will not take place in the future and, if nothing else, there is some firm punishment for what were irresponsible actions.