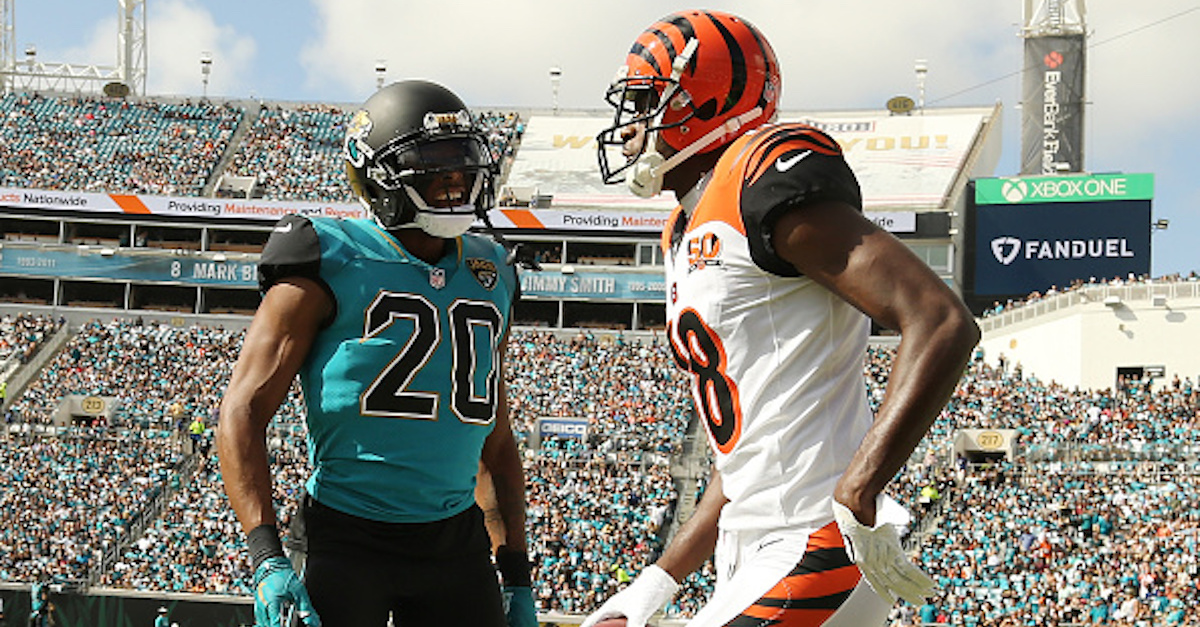 Jalen Ramsey and A.J. Green are both football players, but after last week’s action on the football field started looking more like MMA than X’s and O’s, perhaps they should both consider a future in the octagon, or at the very least the squared circle.

The two players tangled up during the Jaguars 23-7 win over the Bengals, extra-curricular activity that led to both players being ejected. Seriously, there were both WWE and MMA moves in this scuffle, but the fact that none were actual football moves led to both players hitting the showers early.

Jalen Ramsey and AJ Green getting after it out there pic.twitter.com/dKHxrON8I4

The scuffle was so bad, in fact, that according to ESPN, Ramsey actually tried to follow Green into the Cincinnati locker room at halftime — screaming at him and pursuing him enough to be restrained by security.

Days after the game, that passion still hasn’t left the Jaguars’ cornerback. When asked about the fight with Green, Ramsey said he told it like it is:

Jalen Ramsey
“I told Green he was soft and weak. Which is true. I was out there spitting facts.”#Jaguars

Ramsey may feel that Green is soft and weak, though it’s worth noting that the Cincinnati wide receiver has notched nearly 8,000 yards and 53 touchdowns in just seven NFL seasons.

Ramsey has only been around for two seasons now, though it’s worth noting that he’s made some noise pretty quickly in the NFL.

Still, does he have room to call Green out just yet? Probably not.

“I was out there spitting facts” would look really good on a T-shirt, though.