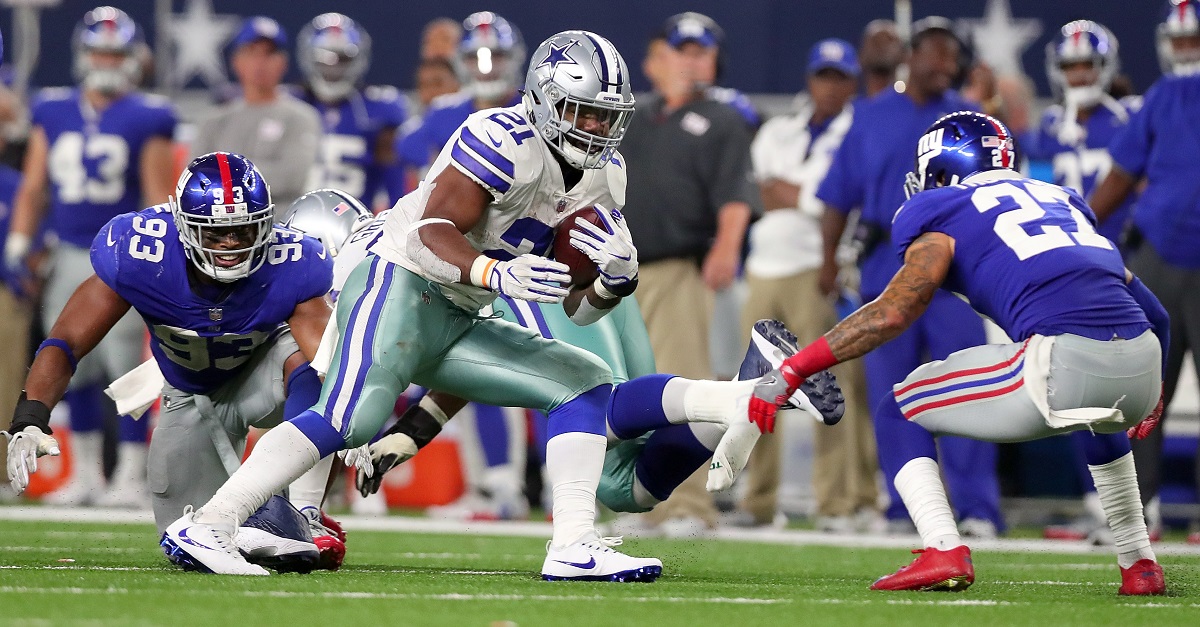 Ezekiel Elliott had an absolutely embarrassing performance against Denver on Sunday with only 8 yards on nine rushing attempts. He also had a couple plays in particular where he gave absolutely zero effort and you know the internet captured it on video.

Here was one of the plays:

With a poor effort like that, he was bound to get some criticism from just about everyone. And he did. He took some heat from Hall of Famer LaDainian Tomlinson and now he’s getting heat from his own head coach. Here’s what Jason Garrett said via ESPN:

Jason Garrett said he will have a discussion with Ezekiel Elliott?s effort on covering two interceptions in Sunday?s loss to Denver. Garrett has yet to speak with Elliott but he was disappointed. ?That?s not the way we play,? Garrett said.

Dallas will play a much softer defense in the Arizona Cardinals next week on Monday Night Football. Hopefully Ezekiel has gotten his act together by then.