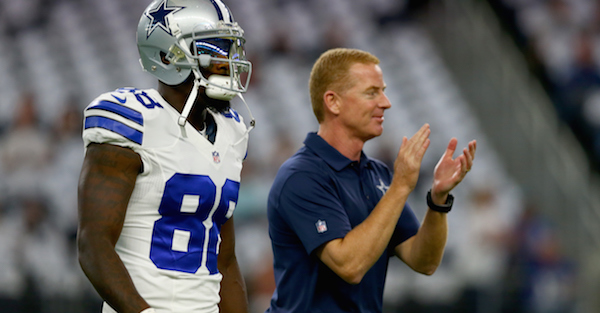 @Revis24 Dallas? ….I promise you are going to love what we got going on around here..your attitude fits our culture…waiting…..

Related: An NFL star hopes a sure-fire Hall of Famer joins the Cowboys

Cowboys coach Jason Garrett was asked about the tweet during a press conference, but he didn’t give much detail on whether the team is pursuing Revis or not.

“Yeah, I don?t really know the nature of that,” Garrett said. “Obviously, I have a lot of respect for Revis. He?s been a great player in this league for a long time.”

That was all Garrett had to offer on the situation.

The Cowboys have a young secondary, and the presence of Revis wouldn’t hurt. But Revis will be 32 before next season, and his skills obviously slipped last year with the New York Jets.

Dallas wouldn’t have to pay Revis much since the Jets still owe him $6 million for the 2017 season, but the Cowboys’ zone coverage scheme wouldn’t mesh well with Revis’ (fading)  man-t0-man background.