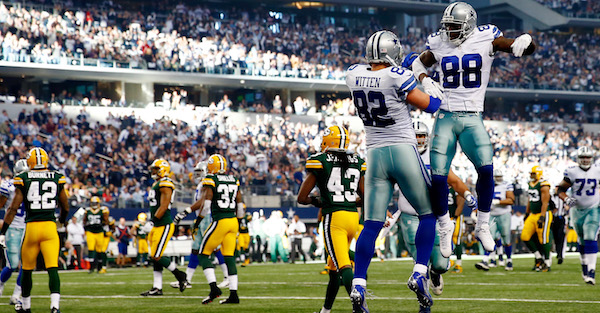 Since the Philadelphia Eagles will be playing in the Super Bowl in two weeks, tight end Zach Ertz won’t be participating in the Pro Bowl this weekend.

Ertz’s absence leaves a void at the tight end position for the NFC, and the NFL announced that Dallas Cowboys tight end Jason Witten will fill in for Ertz.

The appearance will be Witten’s 11th in the Pro Bowl, which ties Bob Lilly for the most in franchise history. Lilly made 11 Pro Bowls from 1962 to 1973 at defensive tackle.

Cowboys TE Jason Witten will be making yet another Pro Bowl appearance. He'll replace Philadelphia's Zach Ertz who's on his way to the Super Bowl. Witten now ties Bob Lilly for most Pro Bowl appearances in franchise history with 11.

Witten, 35, will be making his first Pro Bowl appearance since 2014. He joins fellow Cowboys Travis Frederick, Zack Martin, Tyron Smith and Demarcus Lawrence as Pro Bowlers in Orlando on Sunday, Jan. 28 at 3 p.m. ET., though Martin and Smith will miss the game.

The 2017 season was far from Witten’s best. He caught 63 passes for 560 yards, which was his lowest output since his rookie season in 2003. He was only targeted 87 times, and he caught five touchdowns.

But the numbers were good enough for him to earn another Pro Bowl invite, and he’ll look to break the tie with Lilly next season.