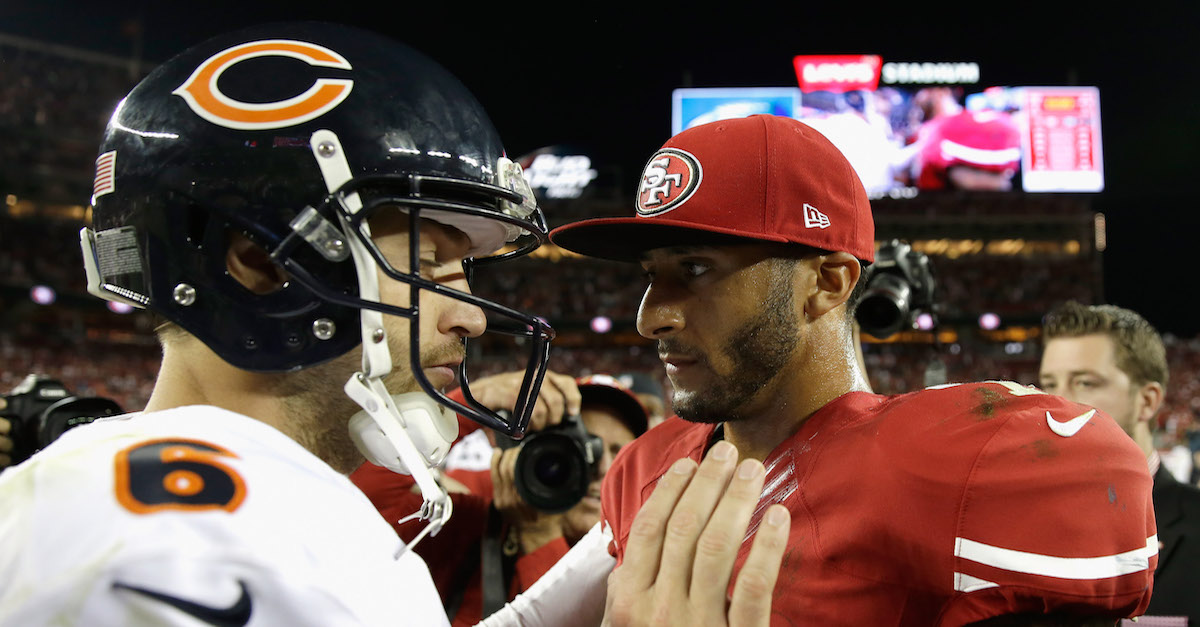 After reportedly flirting with the idea of adding Colin Kaepernick, the Miami Dolphins are reportedly adding retired quarterback Jay Cutler:

Miami's one-year deal with QB Jay Cutler is worth $10 million, plus incentives, per source.

The team that expressed the most interest in Jay Cutler in March was the New York Jets. Five months later, he winds up with the Dolphins.

This almost certainly means Tannehill will have season-ending surgery.

It feels like it's quietly becoming a given that Ryan Tannehill will be getting ACL surgery.

Armando Salguero of the Miami Herald previously reported that Miami had already reached out to quarterback turned broadcaster Jay Cutler about their potentially vacant quarterback spot.

If Tannehill is unavailable, the Dolphins would have been left with only Matt Moore as a legitimate option on the roster. That explains the interest in Cutler, and apparent prior interest in Kaepernick:

Here’s the play Tannehill was injured on last year: