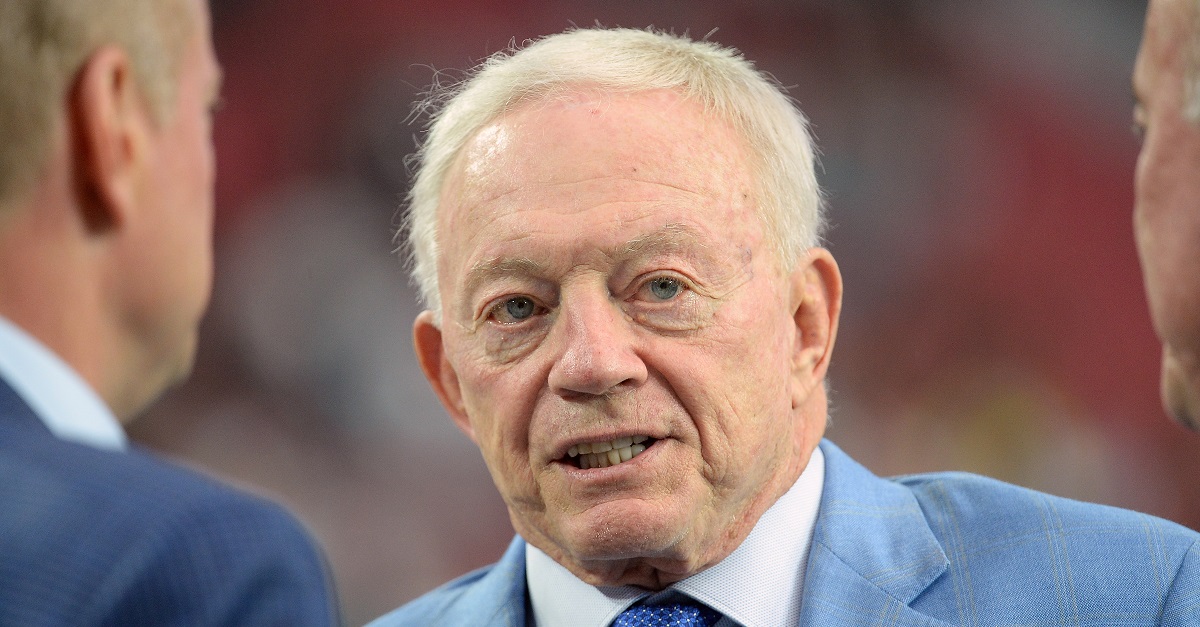 Dallas Cowboys owner Jerry Jones has made his stance on national anthem protests quite clear over the last few weeks and he does not think his players or anyone should be disrespecting the American flag. Now, he is going a step further and saying that people won’t play if there’s any disrespect toward the flag. Here’s what he had to say via The Dallas Morning News:

“We cannot do that. I know [Vice President Mike Pence] did leave because in his opinion, the teams were. We know that there is a serious debate in this country about those issues. But there is no question in my mind that the National Football League and the Dallas Cowboys are going to stand up for the flag.

After dozens of teams and players protested the national anthem following Donald Trump’s explosive “get that son of a b***h off the field,” comments, the Cowboys kneeled before the anthem, then stood with arms locked during it:

Here’s what he said earlier last month about the anthem protests and when it’s appropriate for people to express themselves and exercise their right to free speech:

Despite those statements, he’s never told players they will be fired, per Scout.

“I?m told no player has been threatened with a ?you?re fired!?? edict if he breaks ranks ? but again, it is the intention of ownership and the team Leadership Council that the players? effort be a bonded one, maybe even including the locking of arms during the Anthem. (Worth noting: I don?t dismiss the idea of a player interpreting the combined wishes of Jones and the Leadership Council as an ?or-else edict,?? even though that?s not their intent.)”

While they may not be fired, it does sound like they may be missing games and that could lead to missed game checks as well. You have to believe the NFLPA and its players will not be standing or sitting for that for very long.