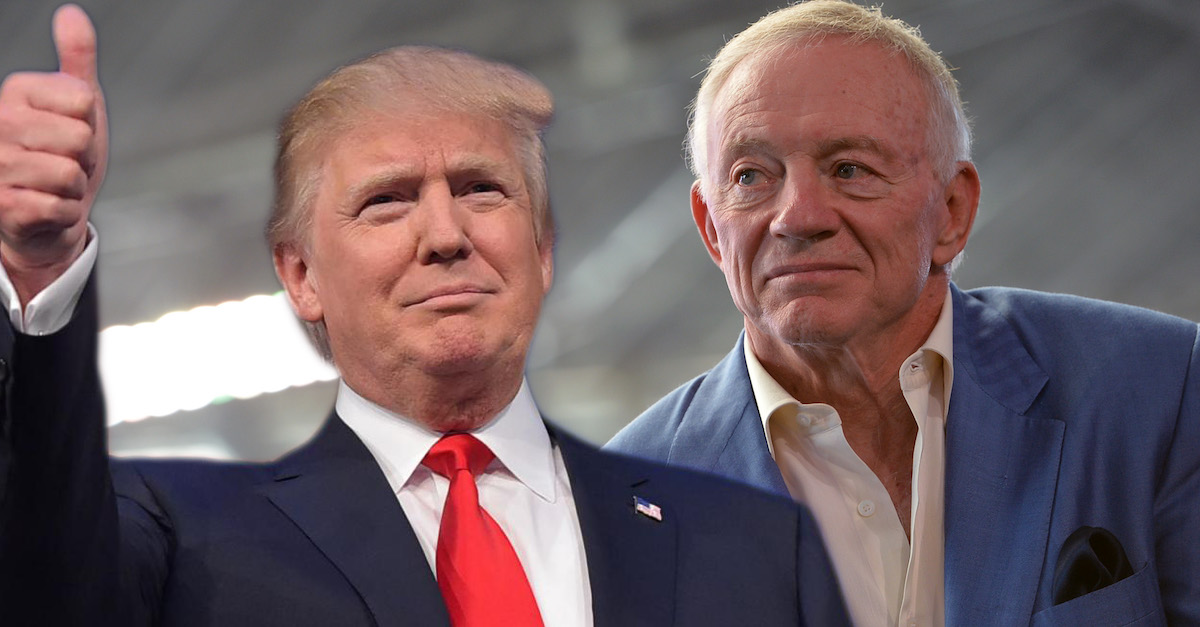 the press conference for the 2014 The Cowboy Rides Away tour at Dallas Cowboys Stadium on September 9, 2013 in Arlington, Texas.

Despite those statements, he’s never told players they will be fired, per Scout.

“I?m told no player has been threatened with a ?you?re fired!?? edict if he breaks ranks ? but again, it is the intention of ownership and the team Leadership Council that the players? effort be a bonded one, maybe even including the locking of arms during the Anthem. (Worth noting: I don?t dismiss the idea of a player interpreting the combined wishes of Jones and the Leadership Council as an ?or-else edict,?? even though that?s not their intent.)”

That stance appears not to have changed following Donald Trump’s explosive “get that son of a b***h off the field,” comments, as the Cowboys are not expected to take part in any of the anthem protest festivities:

No Cowboys expected to protest, per Garrett_ even though players across league plan to do so after Trump remarks https://t.co/uoWvT8wVIP