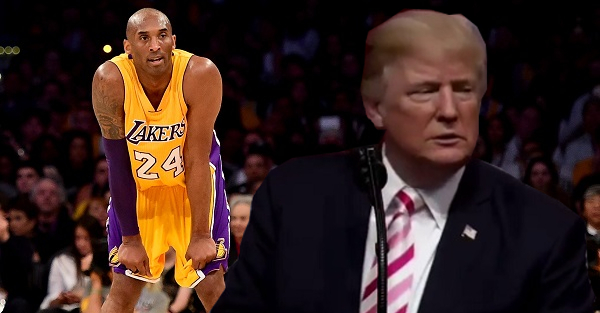 Harry How/Getty Images
at Staples Center on April 13, 2016 in Los Angeles, California. NOTE TO USER: User expressly acknowledges and agrees that, by downloading and or using this photograph, User is consenting to the terms and conditions of the Getty Images License Agreement.

Many athletes are taking the time to speak out against Donald Trump after his recent comments on NFL players protesting the national anthem, as well as a comment on former NBA MVP Steph Curry.

Joining in on the action was NBA legend Kobe Bryant, who sent out a rare tweet in response to the divisiveness that he believes that the President has created.

Bryant doesn’t do a lot of social media, so the response is a big one from one of the biggest stars in the history of the NBA. Bryant’s message came not long after LeBron James gave his own statement on the Steph Curry controversy.

U bum @StephenCurry30 already said he ain't going! So therefore ain't no invite. Going to White House was a great honor until you showed up!

James hasn’t been shy on his criticism of Trump, and he just took it a step further.