Jim Brown’s Net Worth: How Football & Acting Grew His Fortune 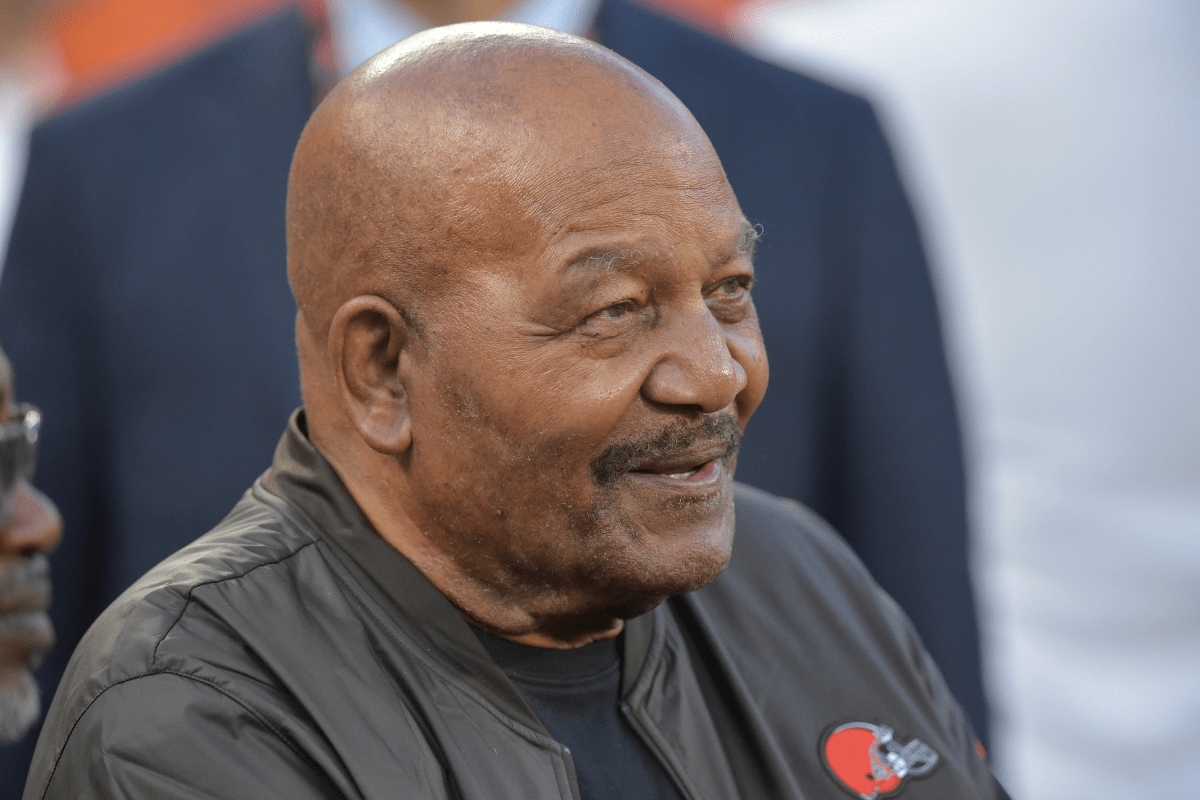 Former Cleveland Browns superstar running back and fullback Jim Brown had a legendary career in the NFL, making a name for himself as one of the greatest professional football players of all time.

Brown’s days on the gridiron made him extremely wealthy, and he managed to increase his fortune with a successful acting career after retiring.

So, just how rich is Jim Brown?

James Nathaniel Brown was born and raised in St. Simons Island, Georgia, to parents Swinton and Theresa Brown. He attended high school at Manhasset in New York and starred as a multi-sport athlete, excelling primarily in football and lacrosse.

Brown would go on to play college football at Syracuse University.

While at Syracuse, Brown starred at running back and earned Unanimous All-America honors. In fact, Brown was a collegiate All-American in both football and lacrosse.

After three years with the Orange, Brown entered the NFL Draft.

In 61’ Brown finished off his 5th consecutive year leading the league in rushing. Still an @NFL record. #DawgCheck | #DawgPound

Jim Brown was selected by the Cleveland Browns in the first round of the 1957 NFL Draft, and went on to have a legendary career as an NFL player. Brown featured in nine Pro Bowls and earned eight First-Team All-Pro selections throughout his nine years in the National Football League.

He won MVP three times, and upon retiring in 1965 he held the single-season record for rushing yards (1,863 in 1963) and career rushing yards (12,312). Additionally, he scored the most rushing touchdowns in NFL history at the time he called it quits, having punched in 106 scores.

Brown won an NFL Championship in 1964, three years before the first Super Bowl.

A surefire Hall of Famer, Brown was inducted into the Pro Football Hall of Fame in 1971. In 2002, Sporting News named him the greatest professional football player ever.

Following his retirement from the NFL, the American football player returned to the public eye as an actor.

Brown featured in his first Hollywood film as a buffalo soldier in the 1960s film Rio Conchos. He appeared in his second film, The Dirty Dozen in 1966, and in 1968 appeared in Ice Station Zebra and Dark of the Sun.

Brown featured in many more films throughout his acting career, including the popular 80s movie I’m Gonna Git You Sucka, as well as films like Any Given Sunday and Mars Attacks! He was also the first African-American to announce a televised boxing match and worked as a color analyst for CBS’ NFL telecasts.

Recognize him? He's the GOAT, Jim Brown, watching from the bench with his wife. And a @CuseFootball alum. #CLEvsNYJ pic.twitter.com/fZ6FS1vrTt

Jim Brown married his first wife Sue Brown in 1959. The pair had three children together: Kevin, Kim and James Jr.

Jim and Sue divorced in 1968. Brown didn’t remarry until 1997 when he tied the knot with Monique Brown.

“To see the young people work together, it does my heart good.”

Jim Brown joins @wyche89 to discuss the climate of social justice reform and this generation of athletes' involvement in driving change. pic.twitter.com/5QSEN5kwBO

Playing in the NFL in the 1950s and 60s didn’t pay like it does today, but Brown still managed to amass a fortune from his career in the NFL and his life in Los Angeles as an actor.

According to Celebrity Net Worth, Brown boasts an estimated net worth of $50 million.

MORE: Terry Bradshaw’s Net Worth: How Rich is the Former Steelers Star Today?