The curtain just might have been lifted on one of the weirdest situations in recent NFL history, and the reality is even stranger than anything we could have imagined.

A new source from NFL insider Dan Dakich has revealed that Indianapolis Colts owner Jim Irsay might have lost the services of Josh McDaniels as coach after strange behavior -- including an extended time in McDaniels' bathroom -- during a visit to the coach's Massachusetts home. 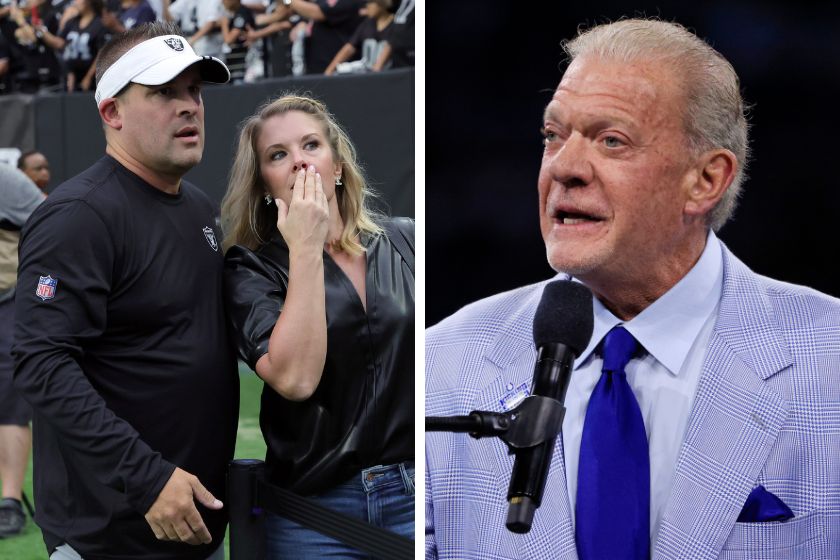 In 2018, McDaniels accepted the job as the head coach of the Indianapolis Colts and then, at the 11th hour, changed his mind and returned to his role as offensive coordinator for the New England Patriots, leaving the Colts without a pot to piss in.

The rumors swirled on why the last-minute change of heart took place. Possible reasons included anxiety over the health of quarterback Andrew Luck and assurances from the Patriots that he was the heir apparent to head coach Bill Belichick. One report was that McDaniels was concerned about working with Irsay.

Now we know that it was McDaniels' wife, Laura, who convinced him to pull out of the Colts job after Irsay spent an hour in their family bathroom, among other odd behavior.

Irsay has a long and checkered history with strange, concerning and even illegal behavior. He was arrested in 2014 for driving under the influence of painkillers, and his guilty plea came with required drug testing and completion of rehab.

Whether he was simply spending an inordinate amount of time on the can scrolling on his phone or doing something else, Irsay's trip to the loo was enough to scare off McDaniels, who returned to New England for another four years before becoming the head coach of the Las Vegas Raiders in 2022.

What Would Have Happened if Irsay Held It In? 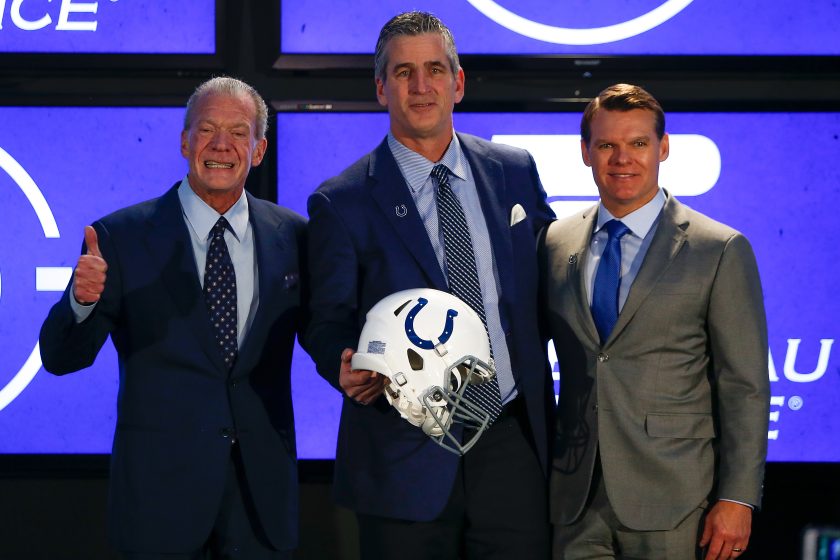 RELATED: Andrew Luck Walked Away From "$500 Million," But Still Retired With a Fortune

How do you go into the house of someone you are recruiting to lead your organization and do something as embarrassing as spend an hour in the bathroom? Whether it was a dump or something else, Irsay has to be more self-aware of his behavior as the owner of a billion-dollar franchise.

Had Irsay waited until he got back to his hotel room to hit the head, it's likely McDaniels would have been the head coach of the Colts in 2018 and perhaps made a run at a Super Bowl with a team that Frank Reich took to the playoffs twice in the next three years. Maybe consistent success would have convinced Andrew Luck to stay in the league, and the tandem of McDaniels and Luck becomes the next great coach/quarterback connection to rule the NFL.

In that scenario, Reich possibly stays in Philly and, building off of his 2017 Super Bowl championship, turns the Eagles into a juggernaut. Or he takes his talent to another franchise, raising them to new heights if it is a good fit or plunging them into despair if it doesn't work out.

With McDaniels out of New England, the Patriots would have had to make new offensive coordinator plans. They likely would have had a more stable coaching staff in place when Tom Brady leaves; and if he even sticks around, and the debacle of Matt Patricia calling plays in 2022 never happens.

Maybe Luck decides to retire anyway and Brady follows McDaniels to Indy. The Tampa Bay Buccaneers might never have become Super Bowl champs again if Irsay had simply zipped up and gone home.

A Weird Week for Stories About Sports and the Bathroom 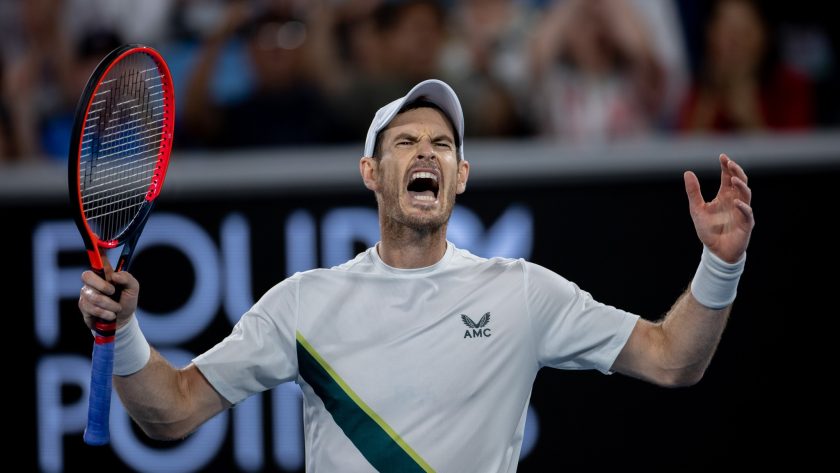 In the early hours of Wednesday morning, tennis star Andy Murray was irate when he was denied the opportunity to use the bathroom during his second-round Australian Open match against Thanasi Kokkinakis.

The reason? He had already used his allocated trips to the bathroom. And so, despite it being 3 a.m. -- with Murray and Kokkinakis about to head to a fifth set in a match that would end up lasting nearly six hours -- Murray was denied relief.

I understand the need to have some sort of checks and balances on players using bathroom breaks to grab extra rest or treatment during tennis matches. But there needs to be a little bit of leniency or the awarding of an extra hall pass when a match passes a certain length.

It's three o'clock in the morning. It's ridiculous that they're even making the two play a tennis match at that time of day. Just let Murray run to the bathroom.

It's not like he's gonna spend an hour in there.

MORE: 5 Coaches Who Could Easily Replace Kliff Kinsbury in Arizona