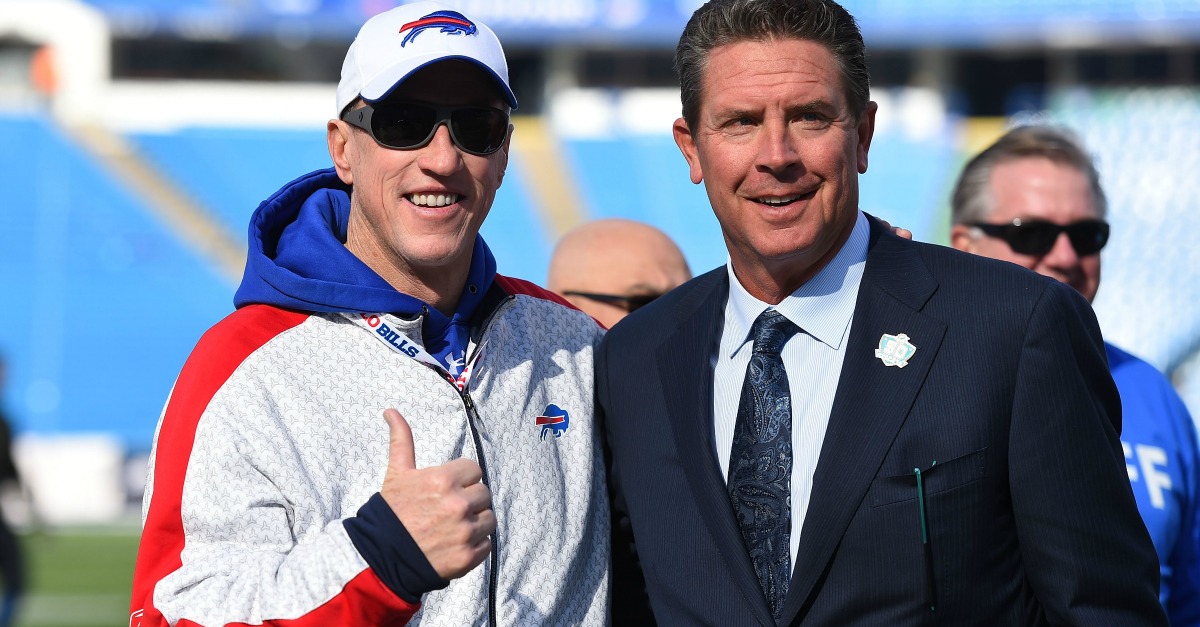 ?As our family has faced many trials and triumphs throughout the years, you have blessed us with your prayers. We are asking for those prayers once again,? Kelly said. ?The oral cancer we hoped would be gone forever has returned. Although I was shocked and deeply saddened to receive this news, I know God is with me. I continuously talk with the four F?s: Faith, Family, Friends and Fans. With all of you by my side, we will fight and win this battle together. Staying ?Kelly Tough? and trusting God will carry us through this difficult time.?

Kelly was also recently in the hospital to deal with the removal of his gallbladder.

Kelly, who led the Bills to four straight Super Bowl appearances, is in the Hall of Fame. Furthermore, he’s likely the name most associated with the Buffalo franchise.

He previous had to deal with this disease, but did overcome it last time around. Obviously, here is to hoping his body allows him to do so once again.

Our thoughts are with him and his family.