Numerous Los Angeles Raiders employees left the offices and went to bed the night before the 1983 NFL Draft thinking the team had just traded for the rights to quarterback John Elway.

They woke up to find out the deal was dead.

Al Davis, the legendary managing general partner of the Raiders, went to his deathbed nearly three decades later still thinking former NFL Commissioner Pete Rozelle -- Davis' hated rival -- had killed the deal. The deal is detailed in the book "Elway: A Relentless Life" and gives a deep background about why the Baltimore Colts were never going to get Elway, why Rozelle desperately wanted Elway to play in the NFL rather than Major League Baseball, and why, despite that desire, Rozelle would never want Elway to play for the Raiders.

It is one of the great soap operas of NFL history and a look at how the anger and petty jealousies of the league often play out.

"We tried very, very hard to make this happen. We worked the whole week leading up to the draft and it was going at quick speed," former Raiders executive Steve Ortmayer said.

This is the story of how John Elway nearly played for the Raiders, instead of the Denver Broncos.

John Elway Refused to Play For the Colts 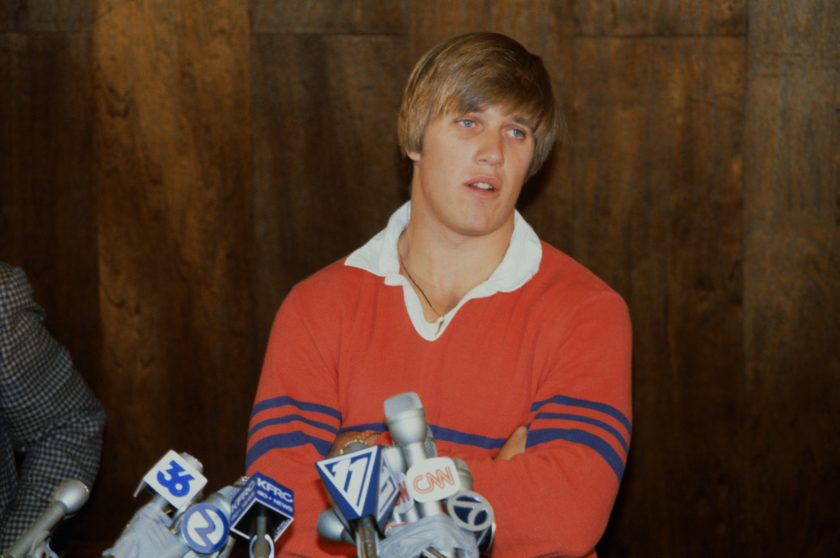 The situation was this: Baltimore had the No. 1 overall pick, but had been told two months before the draft that Elway wouldn't play for the Colts. Between the over-the-top style of head coach Frank Kush and the bumbling of owner Robert Irsay, Elway and his father Jack, who was also a college coach, refused to play for the Colts.

Elway also had an out. He had been drafted by the New York Yankees in 1982 and had played part of one summer in the minors.

While Elway privately preferred football, he was ready to take the offer of Yankees owner George Steinbrenner, a man who loved to draft two-sport stars such as Elway, Bo Jackson, Deion Sanders and Drew Henson. Elway was going to do whatever was necessary to make sure he didn't have to play for the Colts.

Elway's stance had earned him the derision of people such as Steelers quarterback Terry Bradshaw, who ripped Elway for being a spoiled brat. At the same time, it was hard to argue about the caliber of the Colts organization. The team had traded the great Bert Jones two years earlier and then watched successor Art Schlicter get kicked out of the NFL for gambling on the way to a winless 1982 season. Less than a year after the Elway fiasco, Irsay infamously moved the Colts to Indianapolis in the middle of the night to escape Baltimore and his fight with city officials.

The Raiders Hatched a Plan to Get Elway 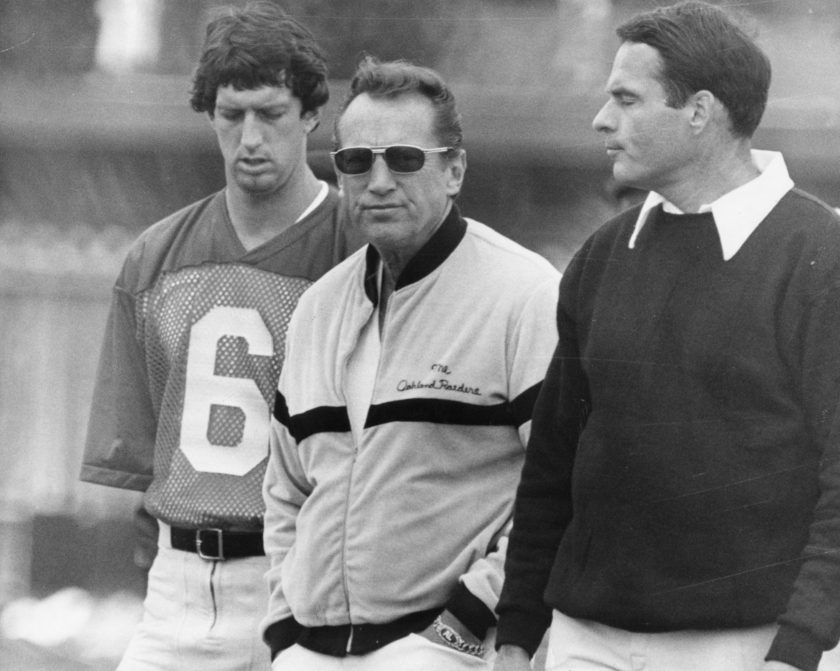 By the week before the draft, Ortmayer knew the Colts were ready to deal. He also knew that Accorsi wanted a high draft pick in return so that the Colts could take Dan Marino. The 1983 draft featured six quarterbacks going in the first round, including Elway, Miami Dolphins' Dan Marino and fellow Hall of Famer Jim Kelly. Accorsi might not get Elway, but he was going to get somebody good.

The Raiders already had the No. 27 overall pick in the draft and Ortmayer had a deal set up with the Bears to get the No. 6 overall pick. To do that, the Raiders were set to give the Bears one player from two different groups. The Bears had their choice of either cornerback Ted Watts or future Hall of Fame defensive tackle Howie Long and one of four other defensive players, linebacker Jeff Barnes and defensive backs Vann McElroy, Kenny Hill, and Mike Davis.

Ortmayer reached an agreement with Bear General Manager Jim Finks and then called Accorsi to work out the rest. The Raiders would then take the No. 6 pick, their No. 27 pick and a first-round pick in 1984 and send that to Baltimore for the No. 1 pick and the right to take Elway. The situation was made slightly more complicated by the fact that the USFL was trying to draft players such as Elway, Marino and Kelly, but Elway and Marino clearly wanted to play in the NFL. 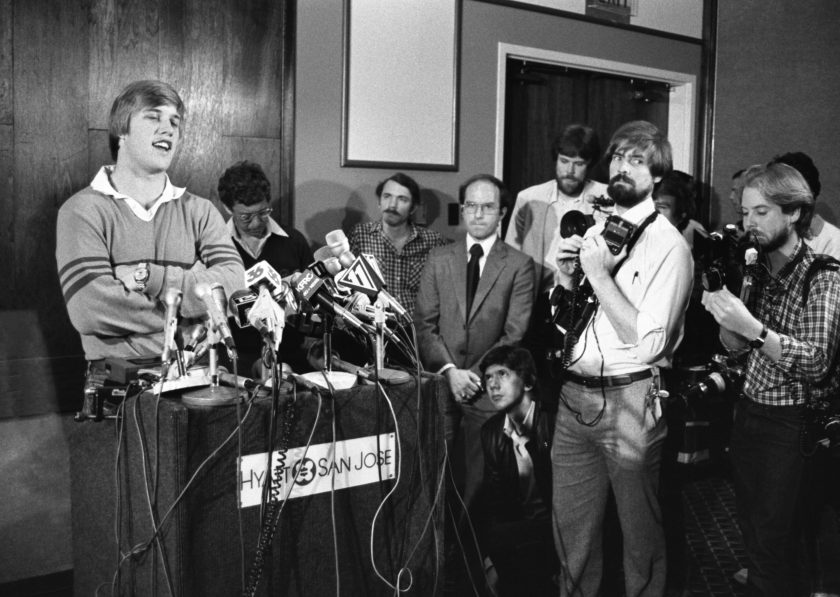 Still, Ortmayer had everything in place the day before the draft was to start. He even called Elway's agent, Marvin Demoff, that day to say that the deal was in place.

All of that put Rozelle in a bind. He still carried a deep hatred of Al Davis from the 1960s and the war between the NFL and the AFL that forced the 1970s merger. Beyond that, Davis' aggressive move to take his team from Oakland to Los Angeles in 1981 forced the league to unsuccessfully sue the Raiders. Finally, Davis and the Raiders were at the height of their power and were on their way to winning their second title in four years.

The thought of Davis getting Elway and being dominant for another 10 to 15 years was difficult for Rozelle to swallow even as he tried everything possible to get Elway to play in the NFL. Weeks before the draft, Elway and his family had come to New York for a photo session with the New York Yankees to put pressure on the Colts to make the trade earlier.

While the stunt didn't work, it did give Rozelle a chance to have a breakfast meeting with Elway's agent, Marvin Demoff. Rozelle was blunt, telling Demoff, "I want Elway in the NFL."

But, apparently, not so bad that he would let Elway go to the Raiders.

The NFL (Maybe) Pulled the Plug on the Deal 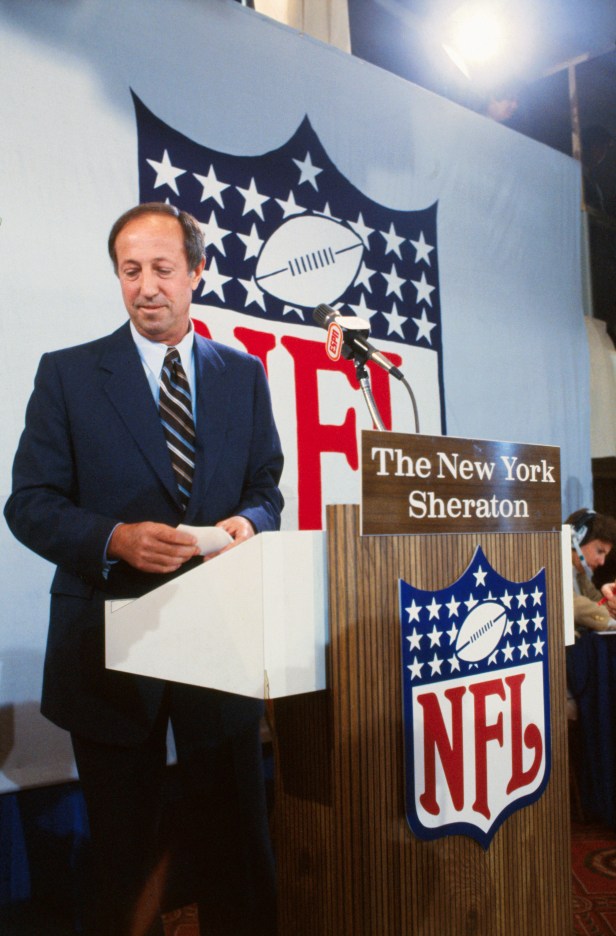 "This went higher than Don Weiss. [Rozelle] nixed it. Al was angry, but it was sort of an 'I told you so' kind of angry because he never thought the league would let it happen in the first place," Ortmayer said.

Mike Ornstein, a Raiders employee at the time, came in the next day and saw how furious Davis was with the situation.

"He was angry and said, 'The league stopped the deal.' I remember leaving the office the night before thinking the deal was done and coming in the next morning and it was off," Ornstein says.

Davis even went so far as to call for an investigation of the situation in the days after the draft and was even angrier when Elway ended up in Denver, after the Broncos traded their first-round pick (Chris Hinton), a 1984 first-round pick and quarterback Mark Herrmann for Elway. 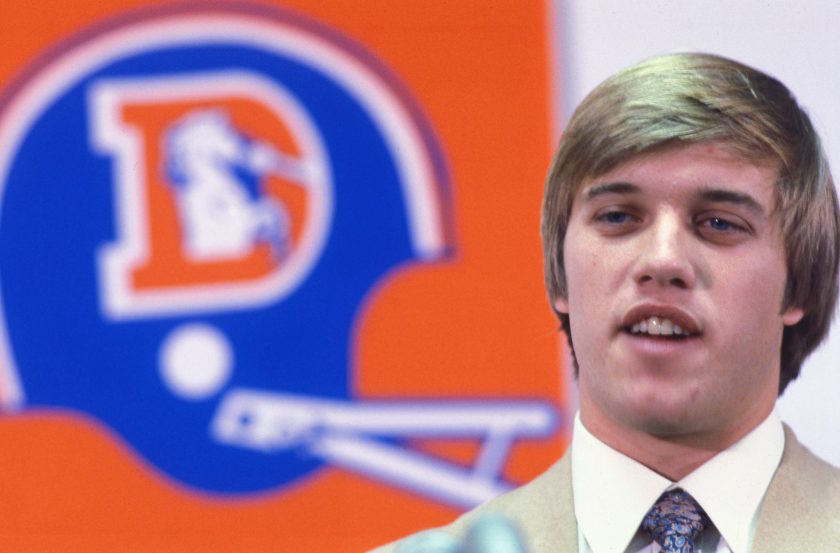 "We think there are enough facts in the Elway-Los Angeles Raiders-Baltimore Colts-Chicago Bears file to warrant filing an action which would negate the [Elway-Denver] deal," Davis said on May 3, 1983. Davis never filed any action and Finks dutifully denied the story.

"I think Al Davis has gone over the deep end," Finks said in response. "I've heard all the charges and there is not a shred of truth in them. It all started on the Sunday before the draft, but we were never even close to making a deal. I never talked with Al Davis and only Steve Ortmayer. We demanded two players from them and they wouldn't agree and that ended it."

Other league employees, such as Joe Browne, have continually denied that the league interfered with the deal. While Davis, Finks, Rozelle and many of the others have died and taken their versions of the story to their grave, Demoff has always believed the Ortmayer version of the tale.

"There was a deal and then suddenly there wasn't," Demoff said. "Something happened. Someone showed an unusual interest in the deal and it wasn't [the Raiders] or Baltimore...Let's just say I'd have some interesting testimony."