John Elway’s Net Worth Matches the High Altitude in Denver 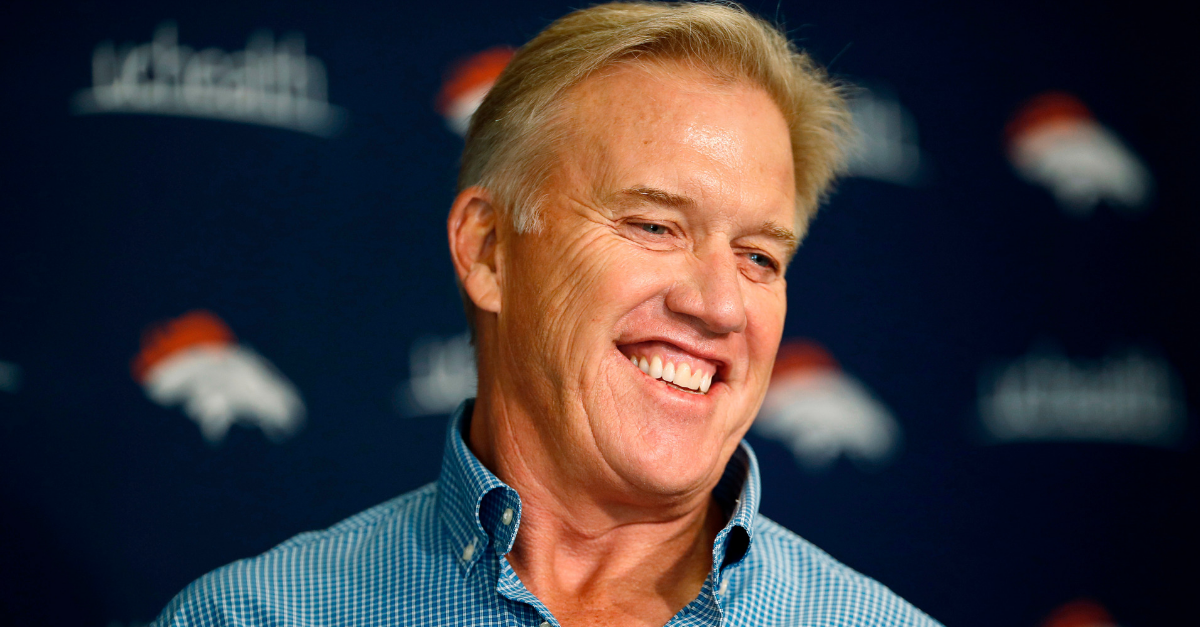 Most known for his Hall-of-Fame career as an American football player with the Denver Broncos, John Elway earned tons of money over nearly three decades in Colorado and built a gigantic net worth along the way.

After 16 seasons as quarterback of the Broncos, Elway now owns several businesses and serves as a National Football League executive, making loads of money in the process.

An important part of John Elway’s life was his time at Stanford University.

John Elway Jr. was born in Port Angeles, Washington but attended Granada Hills High School in Southern California. After high school, he went on to lead the Stanford Cardinal for four seasons. Elway was one of the top players in the country and was top-10 in passing yards and touchdowns all three years he started for the Cardinal. He also played a prolific baseball career for Stanford.

During the 1982 season, Elway threw for 3,242 yards and 24 touchdowns, leading the country in touchdowns passes and finished third in passing yards, as well as leading the Pac-10 in both categories. He finished as the runner-up to Herschel Walker in the 1982 Heisman Trophy voting.

The Pac-12 Conference named Elway its “Player of the Century” in 2015.

After his senior season, he was selected first-overall by the Baltimore Colts in the 1983 NFL Draft, but famously refused to move East and play for the team. Instead, Elway chose baseball and the New York Yankees, who had drafted him in the second round of the 1981 MLB June Amateur Draft.  Less than a week later, the Colts traded Elway to the Broncos in exchange for Chris Hinton, Mark Herrmann, and a first-round pick in the 1984 draft. A year later, the Colts moved to Indianapolis.

Elway played his entire professional career in Denver, playing 16 seasons and being named the starting quarterback immediately, though there were struggles during his rookie year. Elway was selected to the Pro Bowl nine times, was named league MVP during the 1987 season, and led his football team to the Super Bowl five times.

Tom Brady is the only other quarterback to start in five Super Bowls.

Elway is remembered as a winner and one of the most clutch passers in NFL history with 148 career regular-season wins and 14 postseason wins. He led 40 game-winning drives during his career, Dan Marino being the only NFL player with more when Elway retired in 1998.

We’ve selected OL Dalton Risner from Kansas St and QB Drew Lock from Missouri in the second round.

Dalton bring great versatility to our OL along w/toughness and attitude.

Drew was a four-year starter in the SEC, and he’s going to learn from Joe and compete for the backup role. pic.twitter.com/NIBtoTOx3m

Since retiring from the NFL as a player, Elway has done a lot to earn money. He owns steakhouses called “Elway’s” around Denver and owns multiple car dealerships as well. Most notably, after declining interest in becoming either head coach or general manager after the 2010 season, Elway became general manager and executive vice president of football operations for the Broncos in 2011. Since then, the team has appeared in two Super Bowls, winning one in 2015 with Peyton Manning at quarterback.

Elway was briefly a co-owner of the Colorado Crush, an Arena Football League franchise and was elected chairman of the AFL’s executive committee in 2005 before the league shut down in 2009.

He married to Paige Green, a former Oakland Raiders cheerleader, whom Elway met in 2005 at a celebrity golf tournament. He has four children ? Jessica, Jordan, Jack, and Juliana ? from his previous marriage to Janet Buchan, whom he met at Stanford. Jack Elway played quarterback at Arizona State University, and his daughter, Jessica Gwen Elway, gave the introduction speech when her father was inducted to the Pro Football Hall of Fame.

Due to the amount of money he made throughout his NFL career and his valuable salary as an executive for the team, Elway has built an incredible net worth. In his 16-year career, he made over $25 million in salary alone, along with another $20 million in signing bonuses, bringing his career total to $45.4 million.

Although NFL executive salaries aren’t made public, the five-year extension Elway signed with Denver back in 2017 is rumored to make him one of the highest-paid GM’s in the NFL.

Along with his other business ventures in food and cars, the former quarterback is reportedly worth around $145 million, according to CelebrityNetWorth.com.