Tim Tebow is without a doubt one of the most influential football players of all time. Beyond the Heisman Trophy winner's glory days with the Florida Gators or his NFL days when "Tebowing" first began, Tebow has become a worldwide icon known for his devout Christian faith, passionate speeches and diverse endeavors off the field. Simply put, he's done it all.

Jacksonville Jaguars tight end (for a hot second), best-selling author, movie producer and college football analyst are just a few of the titles the 35-year-old former New York Mets minor leaguer can claim. Despite all that, he's somehow managed to have time for a personal life, as he married to 2017 Miss Universe winner and South African Demi-Leigh Nel-Peters and took in three new puppies.

Since the day the Denver Broncos selected Tebow out of the University of Florida with the 25th overall pick in the 2010 NFL Draft, the two-time national champion quarterback has gone on to build his brand while also cashing in on it.

So just how much is "The Chosen One" worth? Let's dig into it.

Making Money Off the Field

People can't get enough of Tebow, which has made him a very sought after influencer despite controversial subjects like the anti-abortion Super Bowl commercial he starred in or the time he wrote a bible verse in his eye black during the 2009 BCS National Championship Game.

During the two-time SEC Player of the Year's NFL time with the Broncos, he signed endorsement deals with Nike, EA Sports and Jockey brand underwear that The Richest suggests fetched him as much as $3 million.

Tebow exchanged his checks for stripes in 2016, however, when he signed a multi-year deal with Adidas. The contract terms are unknown.

Take into account that Tebow was once offered $1 million for a single-day commercial shoot endorsement opportunity after signing a two-year, non-guaranteed contract with the New England Patriots football team in 2013 (he asked head coach Bill Belichick for permission. Belichick said no and cut him from the team anyway), and it's clear that companies want Tebow's name associated with their product.

Making Money on the Field 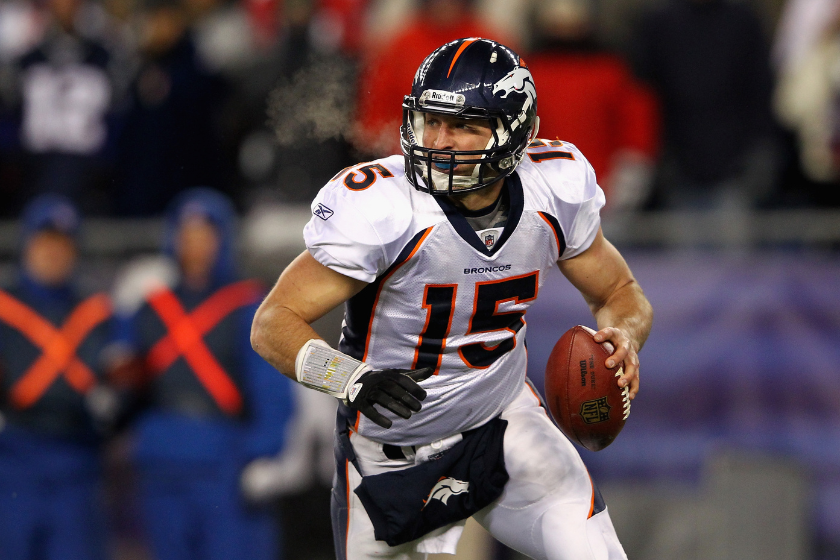 RELATED: Relive Tim Tebow's John 3:16 "Coincidence" That Creeped Everyone Out

Tebow's football career as an NFL quarterback may not have panned out the way he wanted, but he still made a good chunk of change on the gridiron. Per Spotrac, he earned almost $9.7 million over his three-year career despite starting just 16 games throughout his stints with Broncos, Patriots, New York Jets and Philadelphia Eagles.

Much of those earnings came from Tebow's initial contract after Denver picked him in the first round. He signed a five-year, $11.25 million deal in 2010 that included $8.7 million guaranteed, according to ESPN. Though it was short-lived, Tebow Time in Mile High Stadium was magical. He led them to a playoff berth in 2011 that included a thrilling overtime win against the Pittsburgh Steelers in the AFC Wild Card Game.

Tebow's professional baseball career paid nowhere near what his professional football days did (minor league ball players make very little in comparison to Major League Baseball players). He did, however, take home a $100,000 signing bonus when he joined the New York Mets organization largely for his ability to sell tickets, jerseys and merchandise even if the outfielder had trouble fielding fly balls. Eventually, the Tebow circus ended for the Mets, as his baseball career was clearly not going anywhere.

However, you can't keep Tebow down. He signed a contract to play for his former head coach down in Gainesville, Urban Meyer, to play with the Jacksonville Jaguars in 2021. He switched from quarterback to tight end to no avail as he was cut in the preseason.

Tebow is an analyst for ESPN, mostly appearing as a co-host on SEC Network's "SEC Nation" during college football Saturdays. The former football player originally signed on with The Worldwide Leader in Sports in 2014 and later inked a multi-year contract extension with the company in 2017, though the contract details are unknown.

As mentioned earlier, Tebow has written several books and even produced a movie. "Through My Eyes" spent 24 weeks on the New York Times best-seller list and was the No. 1 sports and No. 1 religion book of 2011. His faith-based film, "Run The Race," which he produced alongside brother Robby, was a top-10 box office hit in its opening weekend in February 2019. He recently released the book "Mission Possible" that focuses on helping people find a more fulfilling life through faith. Oh, he also plays himself in the hilarious Nissan Heisman House commercials that air every fall.

Tebow has also maintained a great deal of philanthropical work. The Tim Tebow Foundation was established in 2010 and aims to help children with life-threatening diseases. In partnership with CURE International, the foundation built a 30-bed children's hospital in the Philippines. 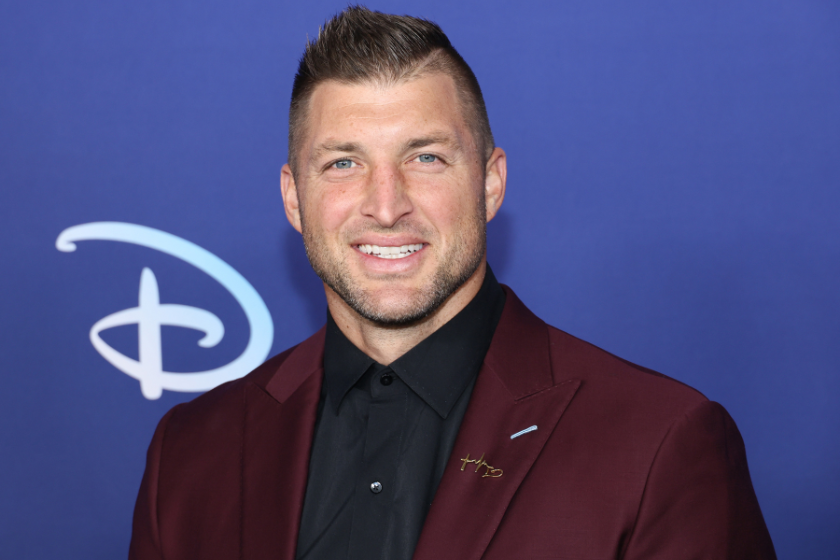 Born Timothy Richard Tebow to Pamela Elaine and Robert Ramsey Tebow II in Makati City, Philippines in 1987, Tebow has done quite nicely for himself in the United States. He grew up in Jacksonville, Florida, where he was an all-state quarterback at Allen D. Nease High School after beginning his prep career at Trinity Christian Academy.

He became a two-time All-American quarterback and 2007 Davey O'Brien Award winner at UF and has since built his fortune.

All things considered, Tim Tebow's net worth is estimated around $5 million in 2022, according to Celebrity Net Worth. He and his 2017 Miss South Africa wife Demi Tebow are set up financially now and beyond.

Tebow's future still has a lot in store. Even though he didn't make it big as a professional baseball player in MLB, he could pan out in the NFL at tight end. Plus, he'll ever stop finding ways to spread his positive messages.

Whether he decides to write more books, produce movies, keep appearing on TV or even dive into something else like coaching after his Jaguars stint, Tebow will forever be one of the most recognizable and inspirational names in sports.

This article was originally published May 6, 2019 but has been updated.