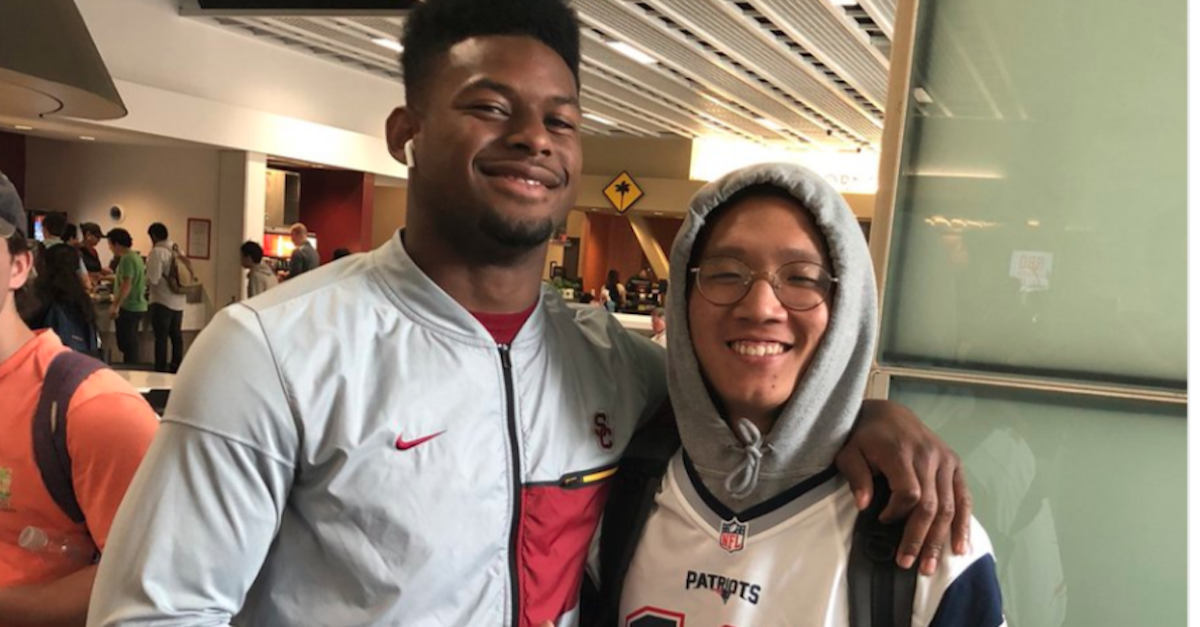 It’s always a thrill to meet somebody you see on television. And when that person is an NFL star and you happen to be a big fan of the NFL, well, the thrill is probably intensified.

That was likely the case for one lucky Patriots fan who had the opportunity to meet Juju Smith-Schuster, wide receiver for the Pittsburgh Steelers.

Smith-Schuster posted a photo on Twitter of the meeting with the fan wearing a Tom Brady jersey and obviously feeling very happy with the moment he was in, but there was one subtle — or not-so-subtle — message in the picture that Juju clearly intended to make public.

Here’s the Tweet. If you’re so inclined, as Smith-Schuster asked, retweet when you see it:

rt when you see it pic.twitter.com/n3t2PXz87S

The Patriots and Steelers have clashed many times over the years, playing to a controversial ending just this season when Pittsburgh was arguably robbed of a game-winning touchdown.

So yeah, it makes some sense that there’s plenty of animosity between the Steelers and Patriots, but this poor fan just didn’t see this one coming.

All in good fun or did Smith-Schuster cross a line? You be the judge.