Former No. 8 overall pick hit with one-year suspension by the NFL 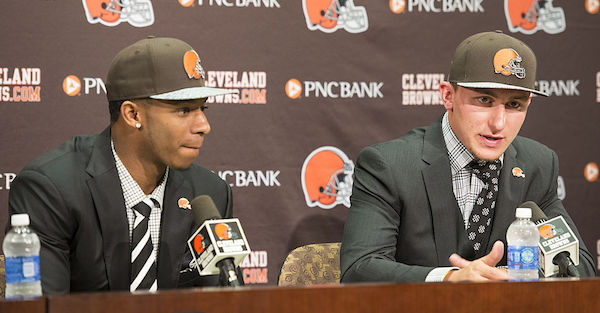 Former first round pick Justin Gilbert has been suspended for at least one year by Roger Goodell for violating the league’s substance abuse policy.

Gilbert, a free agent, received a four-game suspension in May for violation of the league’s substance abuse policy.

Source: Free agent CB Justin Gilbert has been suspended for a year by commissioner Roger Goodell.

Related: First round NFL draft bust is in trouble with the league again

The Cleveland Browns selected Gilbert with the No. 8 overall pick in the 2014 NFL Draft out of Oklahoma State, but he only started three games in two seasons for the Browns.

The Browns traded Gilbert to the Pittsburgh Steelers for the 2016 season, but he didn’t make much of an impact there, either. He’s appeared in 21 games over the last two years and only has five tackles.

The suspension for Gilbert could last longer than a year depending on whether he commits any other violations in the next year.