The following article was originally published August 27, 2016. With COVID-19 dominating the news, we felt it was important to remember exactly why Kaepernick chose to protest, especially with the on-going movement to combat social injustices affecting the Black community in America and beyond.

Colin Kaepernick's refusal to stand for the national anthem before the 49ers preseason game with Green Bay Friday has ignited a fierce debate on social media among professional athletes. Some has been unforgiving, but just as much has been supportive.

Kaepernick sat idly as the anthem played, and later gave this explanation for his actions:

"I am not going to stand up to show pride in a flag for a country that oppresses black people and people of color," he said. "To me, this is bigger than football and it would be selfish on my part to look the other way. There are bodies in the street and people getting paid leave and getting away with murder." 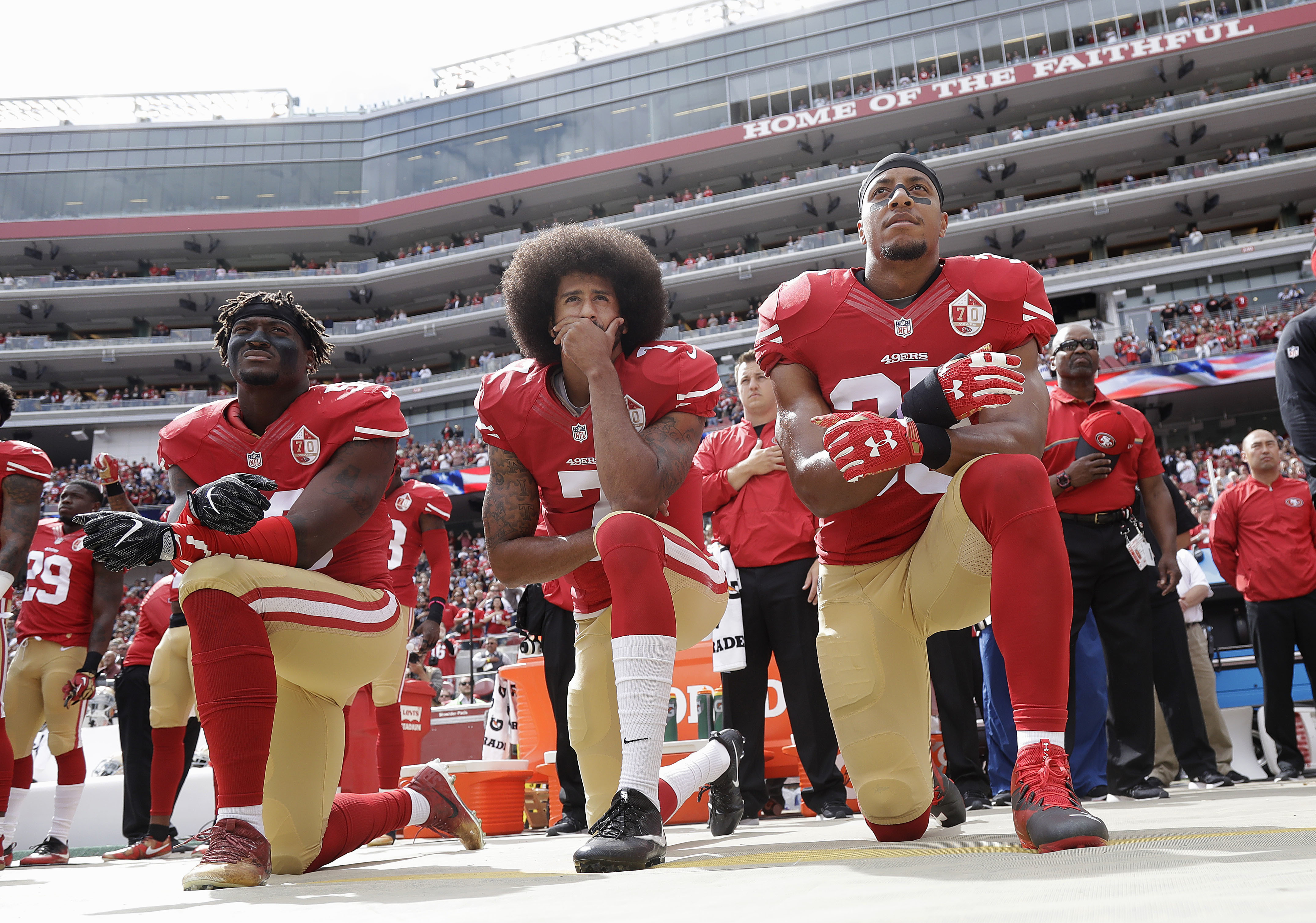 The NFL replied to the controversy with a statement, saying ""Players are encouraged but not required to stand during the playing of the National Anthem."

Other high-profile athletes like LeBron James and Carmelo Anthony have spoken out against what they perceive as racial and social injustice. Following the police shooting deaths of Alton Sterling and Philando Castile in July, which were captured on video resulting in nationwide protests and demonstrations, Anthony reached out to fellow athletes on social media, urging them to "step up and take charge" of the political environment. As has NBA star Dwayne Wade, whose cousin was fatally shot by a stray bullet Friday as she pushed a baby stroller near a school on Chicago's South Side.

Social media reaction to Kaepernick, who is bi-racial and was adopted and raised by white parents, was swift, and at times unforgiving.

I will be STANDING during the National Anthem tonight. Thank you to ALL (Gender,Race,Religion)that put your lives on the line for that flag

Activists changed USA for better but have to associate Nat Anthem w/ military that die for ur right to protest. Stand up. Find another way

Bad decision by @Kaepernick7 but bc of the men/women who died for that flag, he has the liberty to disrespect them #betterwaystogetattention

Yet there were others who applauded his stance.

Kaep is using his platform & brand to make a compelling & polarizing point, which is his right, even if it's met with ire!#idontagree

Texts coming in from coaches, players, front office execs from around league on Kap. So far every player backs him. No coach/exec does.