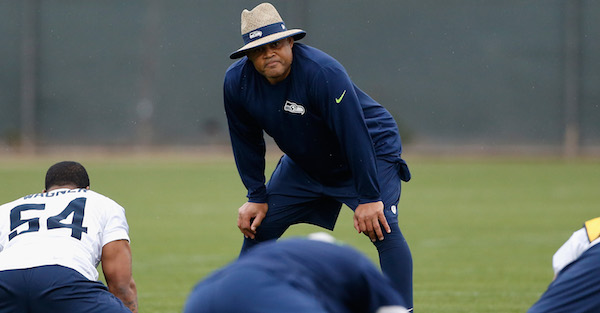 Last week, Ken Norton Jr. agreed to a deal to become an assistant defensive coach with the San Francisco 49ers. Fast forward a week, and Norton is leaving San Francisco to join the Seattle Seahawks as their defensive coordinator.

With Kris Richard likely out, the Seahawks are expected to turn to Ken Norton Jr as defensive coordinator, sources say. All indications are he’ll be back in Seattle, where he was the team’s LB coach from 2010-14. 🤜🏾🤜🏾🤜🏾🤜🏾🤜🏾

Related: Report: Giants have closed in on their next head coach

Norton reportedly had a clause in his contract with the 49ers that allowed him to leave if could become the Seahawks’ defensive coordinator. San Francisco coach Kyle Shanahan said Norton was presented with the opportunity, and they respect his decision to pursue it.

"Last week, Ken was presented with an opportunity to once again coordinate a defense. Because of how we feel about Ken as a coach, we understand and respect his desire to pursue the position.”

And confirmation of the move didn’t come from Norton Jr. himself, but rather his wife. She told KREM2 that her husband had agreed to a three-year deal with the team.

Norton won three Super Bowls as a linebacker with the Dallas Cowboys and 49ers, and he became the first player to win three straight Super Bowls in 1994.

He also won a national championship as an assistant at USC in 2004, and he won another Super Bowl with the Seahawks in 2014.

His last stop was with the Oakland Raiders as the defensive coordinator from 2015 to 2017.

Norton will join a familiar group with the Seahawks, though the core group of players on defense are a bit older than when he helped them win a Super Bowl.