Kirk Cousins’ free agency is reportedly down to four teams 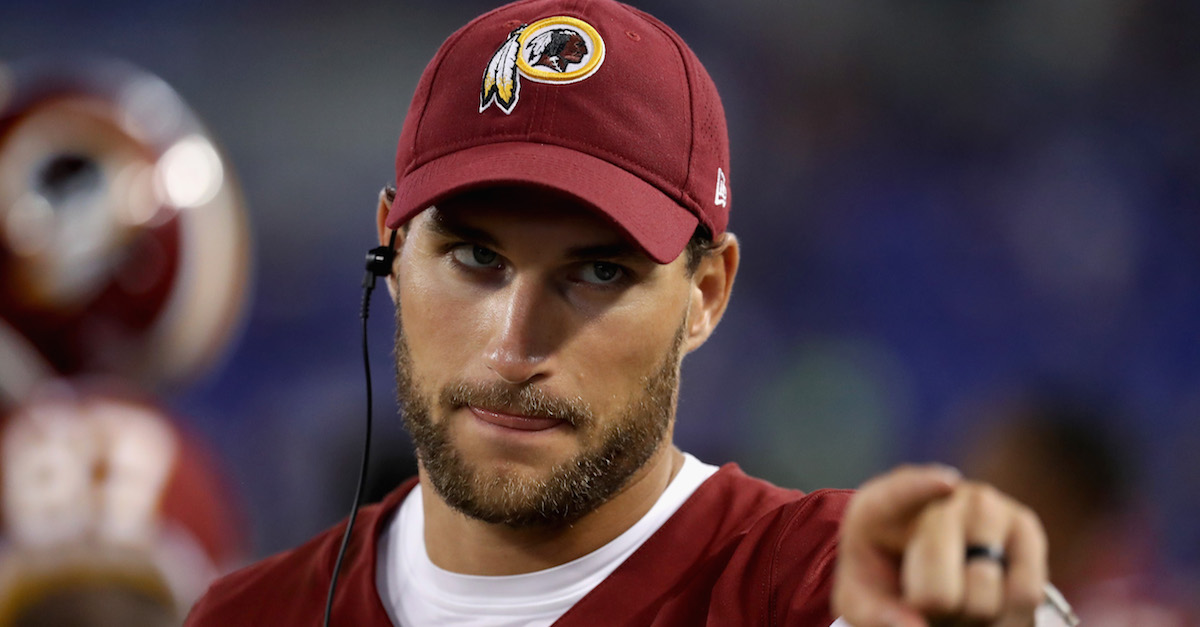 Rob Carr/Getty Images
BALTIMORE, MD - AUGUST 10: Quarterback Kirk Cousins #8 of the Washington Redskins looks on from the sidelines against the Baltimore Ravens during a preseason game at M&T Bank Stadium on August 10, 2017 in Baltimore, Maryland. (Photo by Rob Carr/Getty Images

Kirk Cousins is the most coveted free agent this offseason and he is definitely headed out of Washington after the Redskins landed Alex Smith in an agreed upon trade. However, it’s unknown where his next destination might be, but it would appear that he is down to four teams that all desperately need a top notch quarterback.

The final four teams expected to be vying for free-agent quarterback Kirk Cousins are the Broncos, Cardinals, Jets and Vikings, per league sources.

We will have to wait until later this month to find out where he might end up though as the new league year doesn’t start until then. Cousins would likely have the best chance of winning immediately with any team but the Jets as all the other choices have defenses that can support him and have weapons for him to throw to as well as running backs that can alleviate any pressure on him.