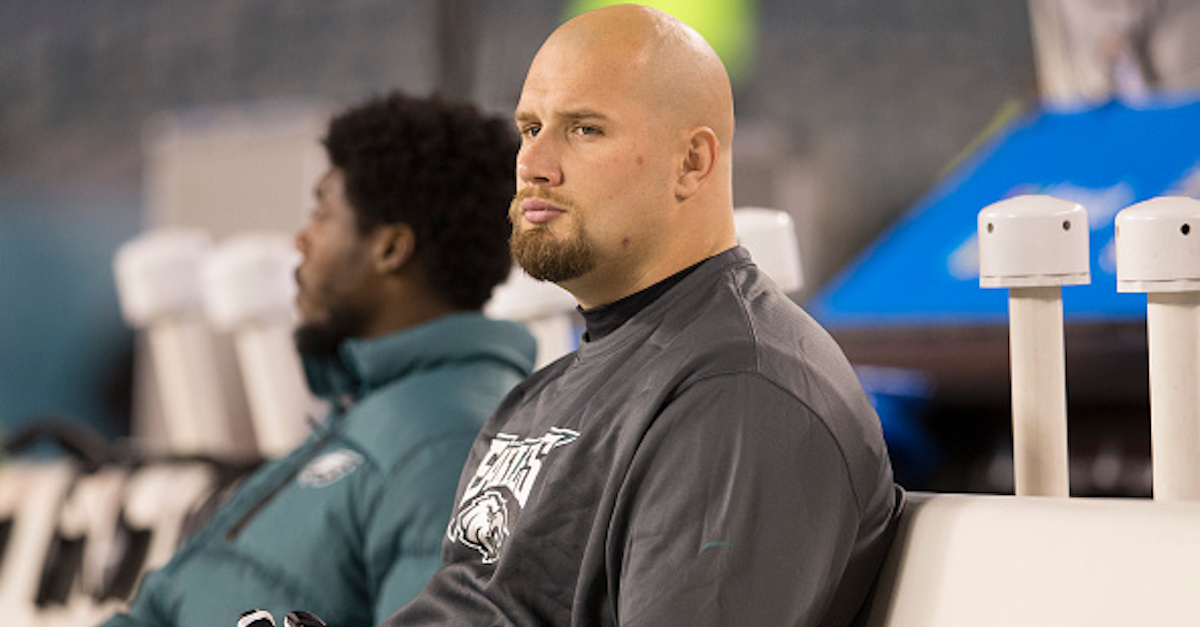 Philadelphia Eagles offensive lineman Lane Johnson doubled down on his criticism of the “Patriot Way.”

The recent Super Bowl champion returned to Barstool Sports’ Pardon My Take podcast to reiterate his comments made last week in which he called the New England Patriots a ?fear-based organization? and said he would ?much rather have fun and win a Super Bowl than be miserable and win five Super Bowls.?

“Here’s the whole deal,” Johnson told hosts Dan “Big Cat” Katz and PFT Commenter. “I think a lot of guys just want to be happy playing football…The Patriots obviously won five Super Bowls, so it’s the Patriot Way to win the Super Bowl. Does that mean that everybody has to act the same way? Do the same thing? Is that necessarily the guidelines to win the Super Bowl?”

?I just pissed in everybody?s Cheerios,? Johnson added. ?And everybody in Boston ? hey, I?ve got hate mail I still haven?t read. I?m looking forward to reading it.?

Last week, Johnson told the hosts that he’d prefer to win one Super Bowl in the fashion that he did with the Eagles, rather than match the success of New England in the franchise’s “robotic” fashion.

On @PardonMyTake today, Eagles tackle Lane Johnson said he doesn’t think players like playing for the Patriots. Called them “a fear-based organization.” pic.twitter.com/0gAA7fEEdy

The lineman’s comments have drawn criticism from Patriots fans, media members and former players, including linebacker Tedy Bruschi, who defended the “Patriot Way” process in response to the comments during an appearance on ESPN’s First Take earlier this week.

You can listen to Johnson’s latest appearance on Pardon My Take here.